Kent State University School of Library and Information Science two-time alumna Rachel Helbing has found her calling at the largest medical center in the world. 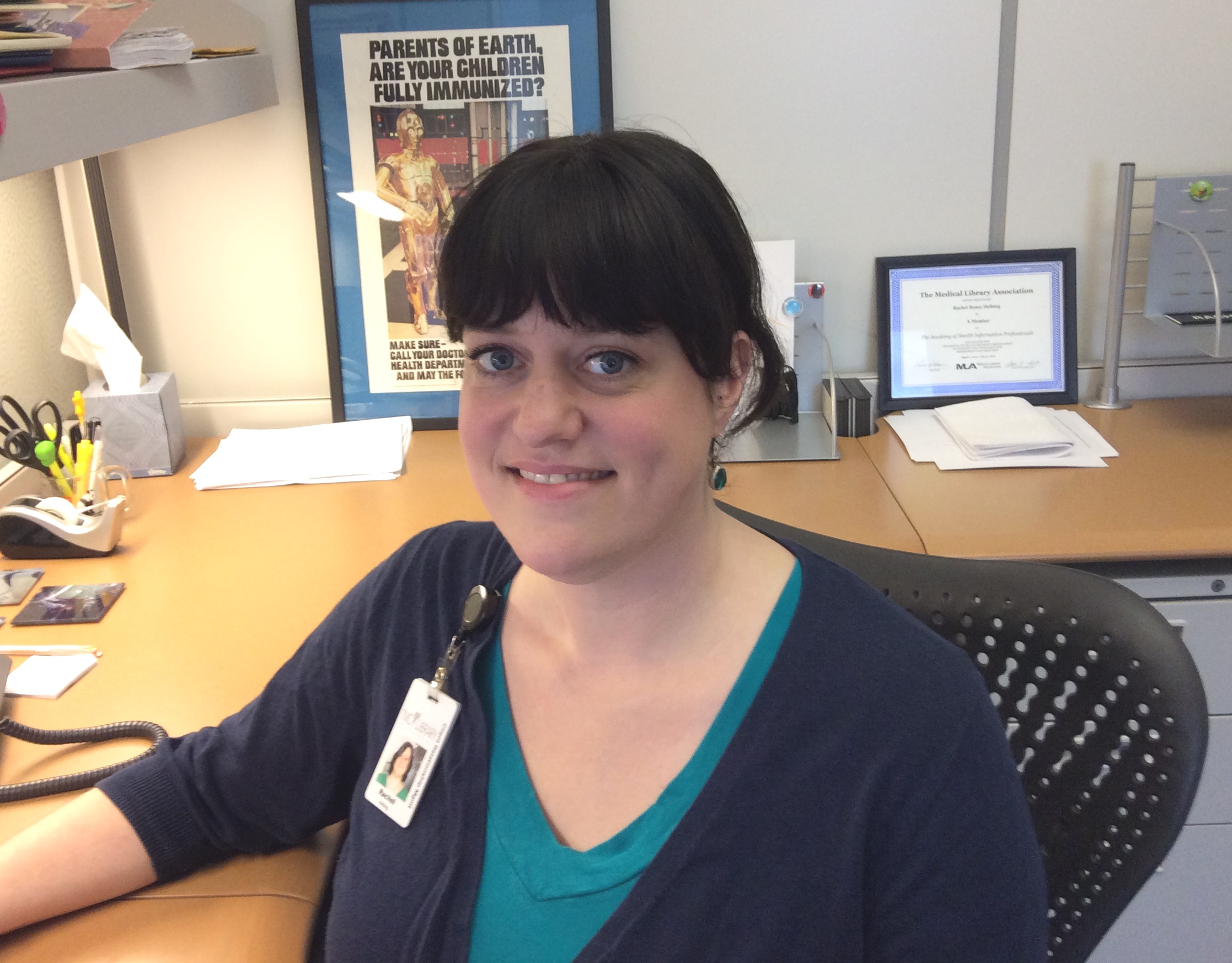 “It is an honor to work in such a hotbed of medical innovation,” Helbing said.

Helbing is a medical librarian at the Texas Medical Center Library in Houston, where she also serves as the liaison to the UTHealth School of Biomedical Informatics.

It’s quite a shift from where she started her career, as a librarian in the town of Barberton, Ohio, with boasts a population of just around 27,000.

Helbing received her Master of Library and Information Science (M.L.I.S.) from Kent State in 2007 and returned to receive a Master of Science, with a concentration in health informatics (HI), in 2010.

She discovered her interest in health care after getting the M.L.I.S. and working in the Community Health Library at the local hospital, which was part of her job as the consumer health and reference librarian for Barberton Public Library.

Helbing said she went into Kent State’s HI program without a computer science or clinical background. However, she added, “Interacting with my classmates, most of whom did come from one or both of these arenas, was extremely valuable.”

“Having coursework in health informatics greatly increased my understanding of how health care works, which directly led to my getting a job as a hospital librarian. Having the Master of Science [concentration] in health informatics was also a contributing factor in obtaining my current position,” she said. She added that she aspires to become the director of an academic health sciences library someday.

Helbing encourages current HI students to apply their skills to real world situations, so they can help to improve the health care system. She said they also should interact and build relationships with their faculty and classmates in the program.

Get more information about the health informatics concentration in Kent State SLIS.