The conference on Wednesday, April 30, 2014 was hosted by Kent State University.  The Ohio Banner Users Group welcomed PowerCampus users to the conference.

Ohio Banner Users Group (OBUG) is a consortium of twenty-six private and public colleges in Ohio. This year the Banner member schools were joined by four Ohio PowerCampus schools for a full day of  workshops and networking opportunities.  OBUG continues to offer an inexpensive opportunity to learn helpful tips about Banner (and now PowerCampus), network with other functional users, update skills, participate in useful discussions, and interact with innovative vendors. 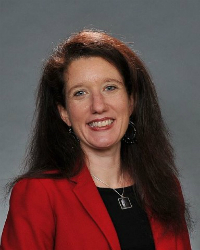 Jaime Chambron is a visionary leader in innovation and solving complex problems with people, process and technology for global software, internet and services firms. From creating a multi-million dollar services business to turning around a non-profit, she has learned that it's about seizing the right opportunity, jumping in with enthusiasm and positively moving those around her to begin the tidal wave.

Today Jaime is the VP of Strategic Services for Ellucian. She joined the company in 2006 to create an integration line of business within Professional Services, and today helps schools stay educated on Ellucian solutions while solving complex strategic problems leveraging people, process and technology available to them via change management, revitalization, business analytics and student success strategies.  She is a frequent presenter at conferences on higher education and Ellucian.

Since starting her career, Jaime has led complex enterprise software projects around the globe needing rapid development and expansion for companies such as Key Energy, PepsiCo and Boots Well Being. Previously at bTrade, Jaime led the development of a first generation supply chain global data synchronization product that was key to bTrade's acquisition by Click Commerce. She has also worked on other start-up teams, including the initial development team of Hotwire.com.

Jaime has been noted as one of the 25 most important women in technology by Tech Magazine, finalist for the 2006 Tech Titan community hero award, and in 2009 received the SunGard Higher Education Emerald award, which was only given to the top eight employees in the 2700+ company.

She has formerly served on the board of the Harvard Women's Leadership Project Alumni Network, National VP Membership for the Alliance of Technology and Women, President of the Dallas Junior Chamber of Commerce and Board Member for the Harvard Clubs of Dallas and of San Francisco.

OBUG gives a big thank you to the support of the vendors who provided up-to-the-minute information, sessions, and one-on-one conversation for the 2014 conference.

If you participated in the conference on April 30, 2014,  send us your comments and suggestions. Thank you.

Give Us your feedback on OBUG 2014

There are 26 institutions running Banner by Ellucian in Ohio. The Ohio Banner Users Group provides opportunities for: