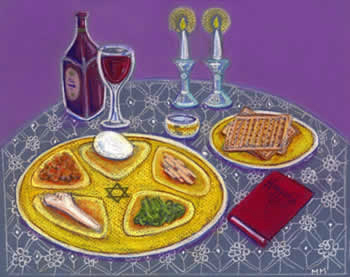 Passover commemorates the liberation of the Israelite slaves from Egypt.

No leavened  food is eaten during the week of Pesach, in commemoration of the fact that the Jews left Egypt so quickly that their bread did not have enough time to rise.

The first seder begins at sundown on the 15th of Nisan, and the second seder is held on the night of the 16th of Nisan. On the second night, Jews start counting the omer. The counting of the omer is a count of the days from the time they left Egypt until the time they arrived at Mount Sinai. 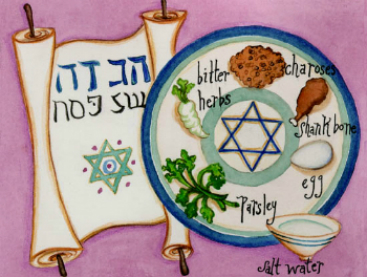