“You see CNN on TV, you see Fox, MSNBC, but you never actually picture yourself in the studio or on the set of a place like CNN,” said Vivian Feke, ’16. “Getting to see it firsthand was such a worthwhile opportunity, and I’m so grateful for it. It helped me realize that this is something I can see myself doing and something I can actually see myself doing after I graduate.”

The trip is integrated into the Advanced Producing course, in which students work on long-form stories throughout the semester, with topics ranging from the heroin epidemic to the upcoming Republican National Convention.

Luett Hanson, Associate Dean of the College of Communication and Information, and Gary Hanson, journalism professor, chaperoned the trip.

This trip has been taking place for several years. John Butte, lecturer and coordinator of career services for JMC, coordinates the trip each year, using his personal network to plan agency tours. Gannett Company, a media holding company that owns WKYC in Cleveland funds the trip, which comes at practically no cost to student attendees.

He believes the trip provides students with insight on the strategy and thinking behind news shows and programming. 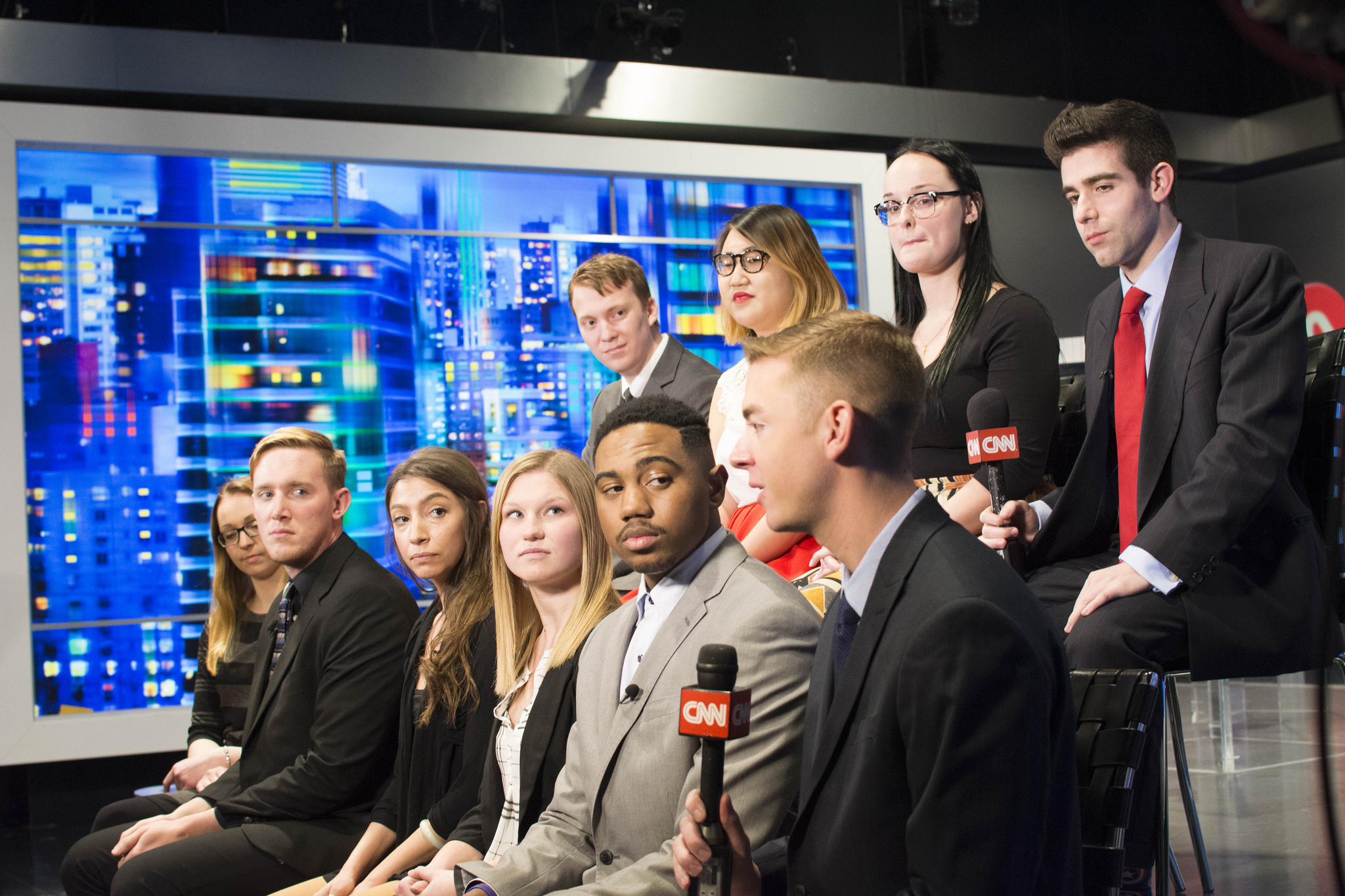 This year, students had the opportunity to network with CNN anchor and Kent State alumna Carol Costello, appearing on a segment for CNN’s The Newsroom about the 2016 election.

“Having the opportunity to talk to people in the field who were able to reassure you that it is possible, you can obtain this dream if you work for it … that was a great experience,” said Ian Klein, ’16.

Meeting big names like Carol Costello and Byron Pitts, co-anchor of ABC’s Nightline, was beneficial, but just as beneficial was the opportunity to network with staff members at each studio.

“Even when talking to staff members who didn’t have famous names, they all started from the same place our students start…being willing to work hard in an internship, being wiling to do what was asked,” said LuEtt Hanson. “I think it helped our students realize that maybe they could do that, too.”