Despite a powerful snow storm that temporarily closed down the campus, students from around the U.S. descended upon Kent State University in Kent, Ohio, to develop wearable technology prototypes during the weekend of Jan. 30 – Feb. 1 in the only collegiate wearable technology Hackathon in the nation.

“Hackathons allow us to jump start the wearables developer community,” said Patrick Henshaw, co-founder and chief operating officer of Strap, a Cincinnati-based wearable company and sponsor of the fashion/tech Hackathon weekend. “We’ve taught students JavaScript and helped them build their first wearable apps in under 38 hours. Those students then become ambassadors for everything they learned in one weekend and help drive more creativity and more energy toward developing for wearables.” 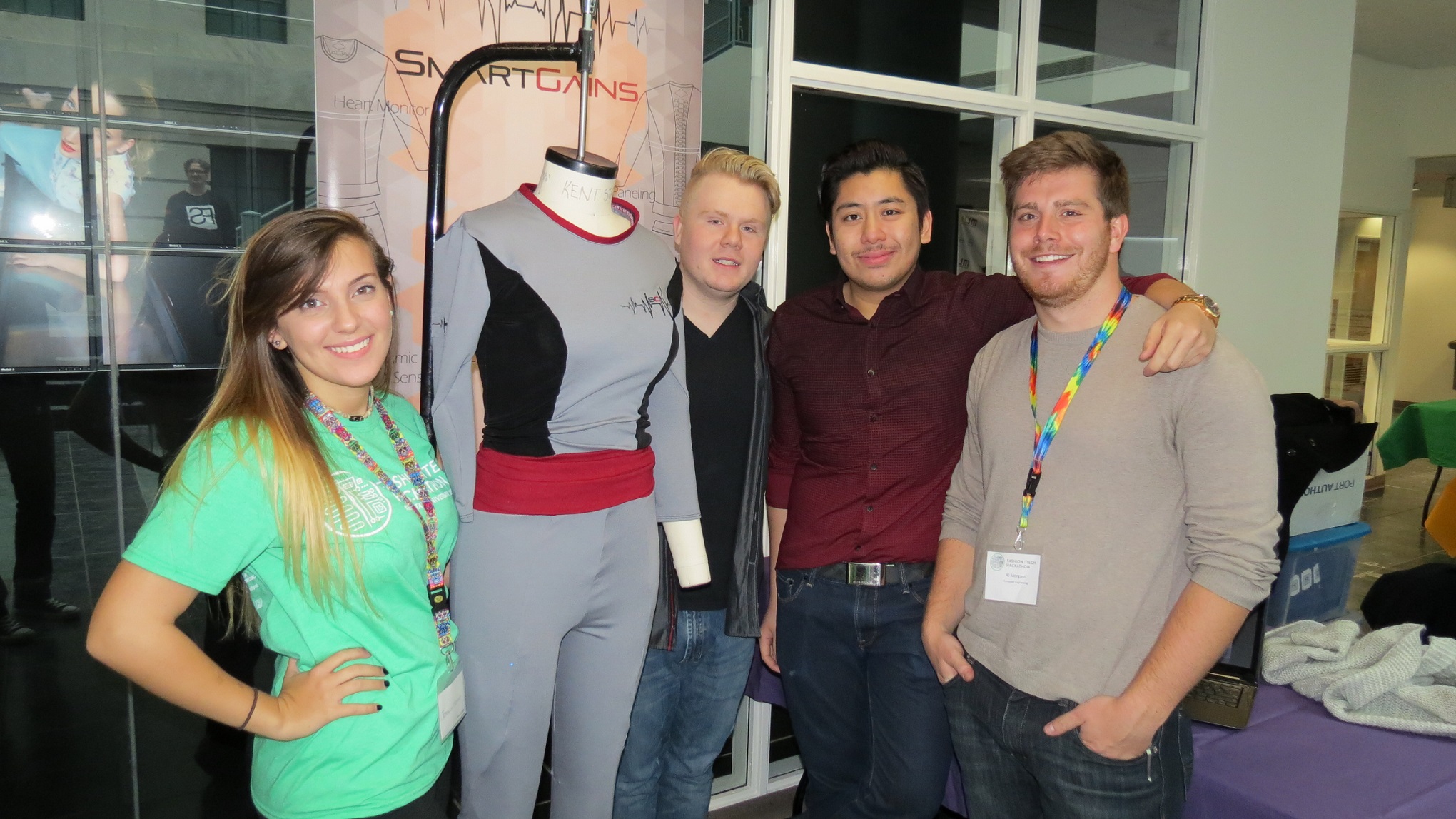 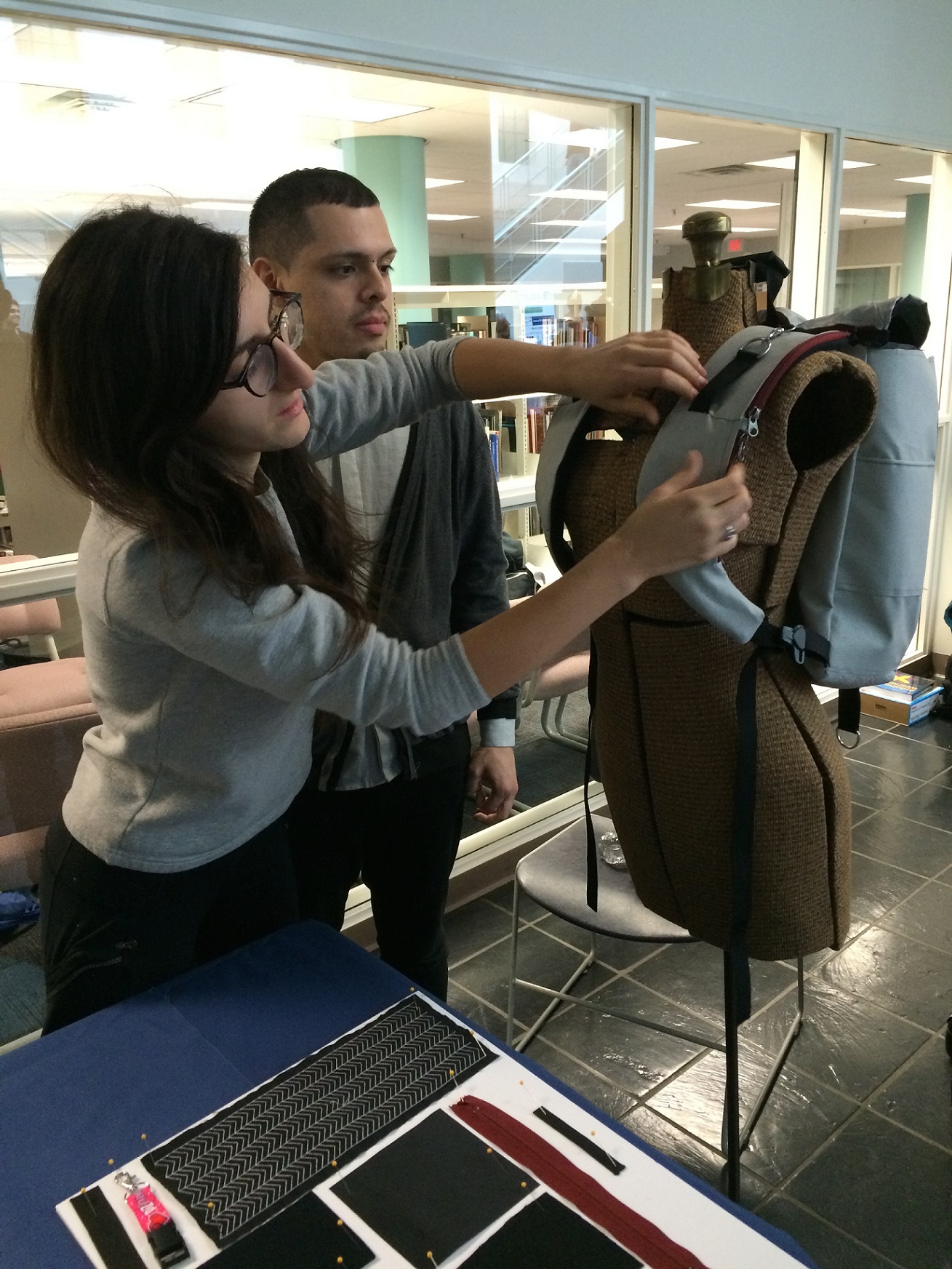 The backpack allows for one to input their destination and navigate via GPS through a space based on the directional vibrations of the backpack straps, thereby allowing for hands- and mobile-free navigation through cities. The development and fulfillment of the idea in itself was a journey in collaboration and team-building.

“We met on the NYC bus to Kent State’s fashion Hackathon and clicked very well,” said co-founder Poon. “We started brainstorming and came up with the vibrating GPS backpack idea. We encountered a lot of tech problems, but with all the amazing feedback from this weekend, we are going to take it further. My team is currently looking for mentors to take our idea to the next level, and hopefully people will see us soon on a crowdfunding site like Kickstarter or Indiegogo, but under a new name.” 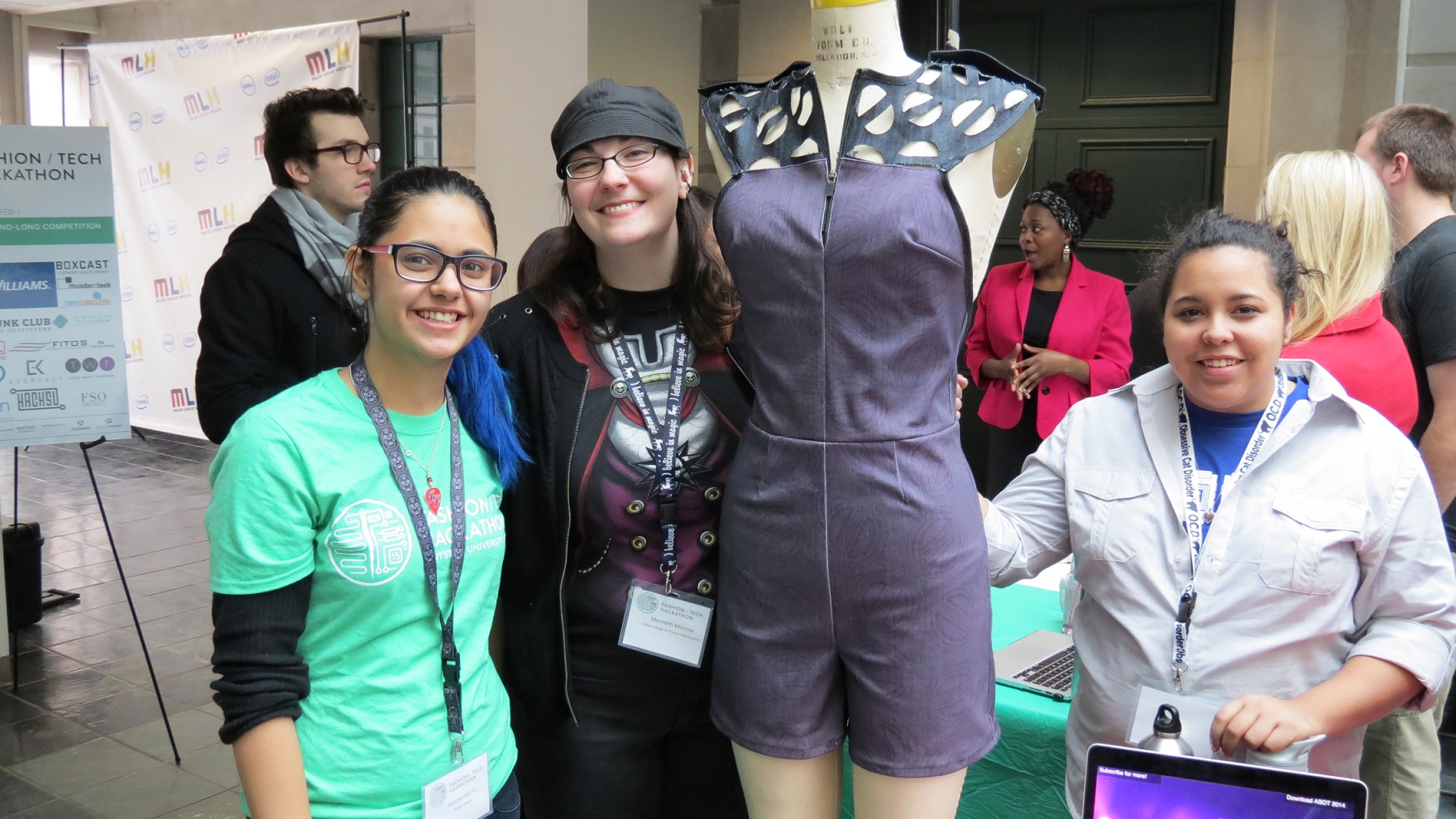 Other winning projects included “SmartGains,” a biometric wearable workout suit that measures one’s workout proficiency created by a Kent State team which won second place and the TechStyleLAB award, and “GeoElectrics,” a garment that displays musical vibrations through synchronized LED lights which won third place and was created by a blended team from Stephens College in Columbia, Missouri, and Kent State. Sponsor awards included: Strap best use of API (application programming interface) for “Bouncer,” a wearable that interfaces with drones, and “Pebble Spreeder,” which allows one to speed read using a Pebble; Hacksu’s most technical hack for “LightPrint,” a dress that incorporated digital fabric and 3D printing; and the Fashion Student Organization Award to “EmpoweRing,” a wearable that helps prevent violence. To see all of the Hackathon projects, visit http://fashiontechhackathon.challengepost.com/submissions. 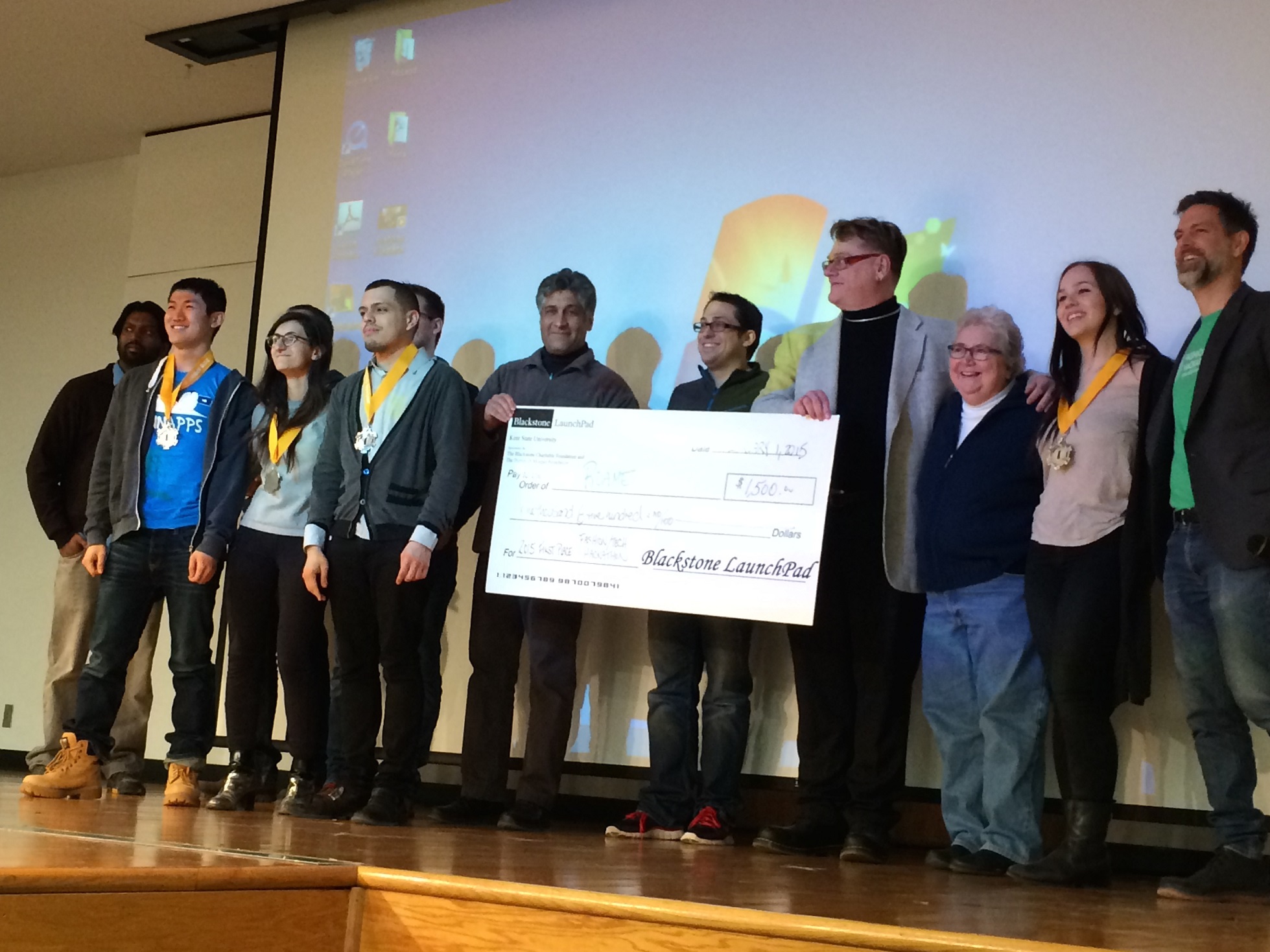 The fashion and technology-focused weekend also included an academic research symposium sponsored by Kent State’s TechStyleLAB, a regional business alley and Women + Tech workshops for middle high school and collegiate women. The Sherwin-Williams Keynote Speaker was Chris Wentz, founder and CEO of EveryKey, a Case Western Reserve University Blackstone LaunchPad wearable business that allows one to wear their passwords for multiple devices on their wrist. Additionally, TeamNEO, a technology-focused economic development organization, convened companies from Northeast Ohio and across the country to kick off the Wearable and Embedded Technologies Consortium (WETeC) during the Fashion/Tech Hackathon weekend.

The full impact of the weekend’s activities was immediately felt by all participants.

“Working with the fashion students made me realize that there really isn’t much of a difference between fashion students and hackers,” Poon said. “We all go through the same process of designing, planning and implementation. I have a much bigger appreciation for the students who work in the fashion industry after this event.”

For more information about the results of Kent State’s Fashion/Tech Hackathon, visit www.fashiontechhackathon.com.

Fashion-Tech Hackathon – Check Presentation to Winners With Judges
Judges for Kent State University’s Fashion/Tech Hackathon present a check to the first place team. The blended team of students from New York City’s Parsons The New School for Design and the State University of New York at Buffalo took the top prize for Roame, the GPS navigational backpack.