Four Kent State Employees to Receive “30 for the Future” Awards

Four Kent State University employees have been named 2017 “30 for the Future” award recipients by the Greater Akron Chamber. Kent State’s Theron Brown, assistant professor of jazz piano in the Hugh A. Glauser School of Music; Cason Brunt, director of student support services and academic diversity outreach in University College; Michael Kavulic, Ph.D., director of board operations and technology in the Office of the President; and Alicia Robinson, assistant director of the Women’s Center, will receive their awards Sept. 7 during an award ceremony. 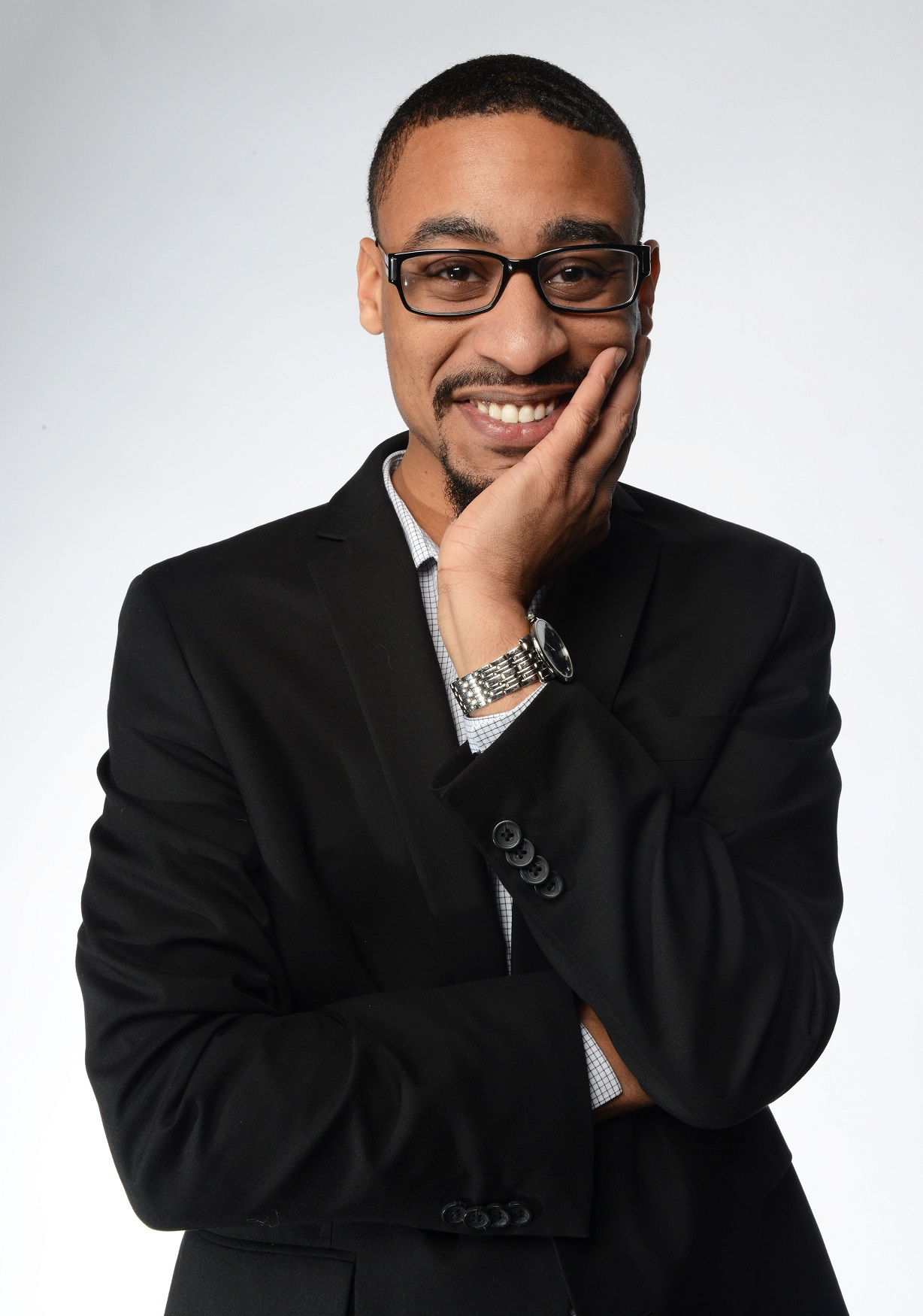 Brown, a resident of Akron, teaches part time in the Jazz Studies program at Kent State where he is immensely involved in promoting jazz and classical music.

“I’m very honored to be among these champions,” Brown said. “I look forward to continuing to help the community grow.”

Brown received a bachelor’s degree in jazz studies and a master’s degree in classical piano performance from the University of Akron. He has taught at Kent State since 2015. He has performed with the Cleveland Jazz Orchestra, the Glenn Miller Orchestra, the Pittsburgh Symphony Orchestra, the Sam Blakeslee Large Ensemble, Dave Banks Big Band and more. Venues and events Brown has played at include the Lincoln Theater in Columbus, Ohio; Small’s Jazz Club in New York City; the Montreal Jazz Festival; the Tri-C Jazz Festival in Cleveland; the Toronto Jazz Festival; and Sapporo Concert Hall in Japan. He portrayed a young Herbie Hancock in “Miles Ahead,” a 2015 movie directed by and starring Don Cheadle about the life and music of Miles Davis. Brown is also the co-founder and director of the Rubber City Jazz & Blues Festival, an annual event held in Akron. Brown is on the board of the Summit Artspace and a recent graduate of the Leadership Akron Signature Class 33. 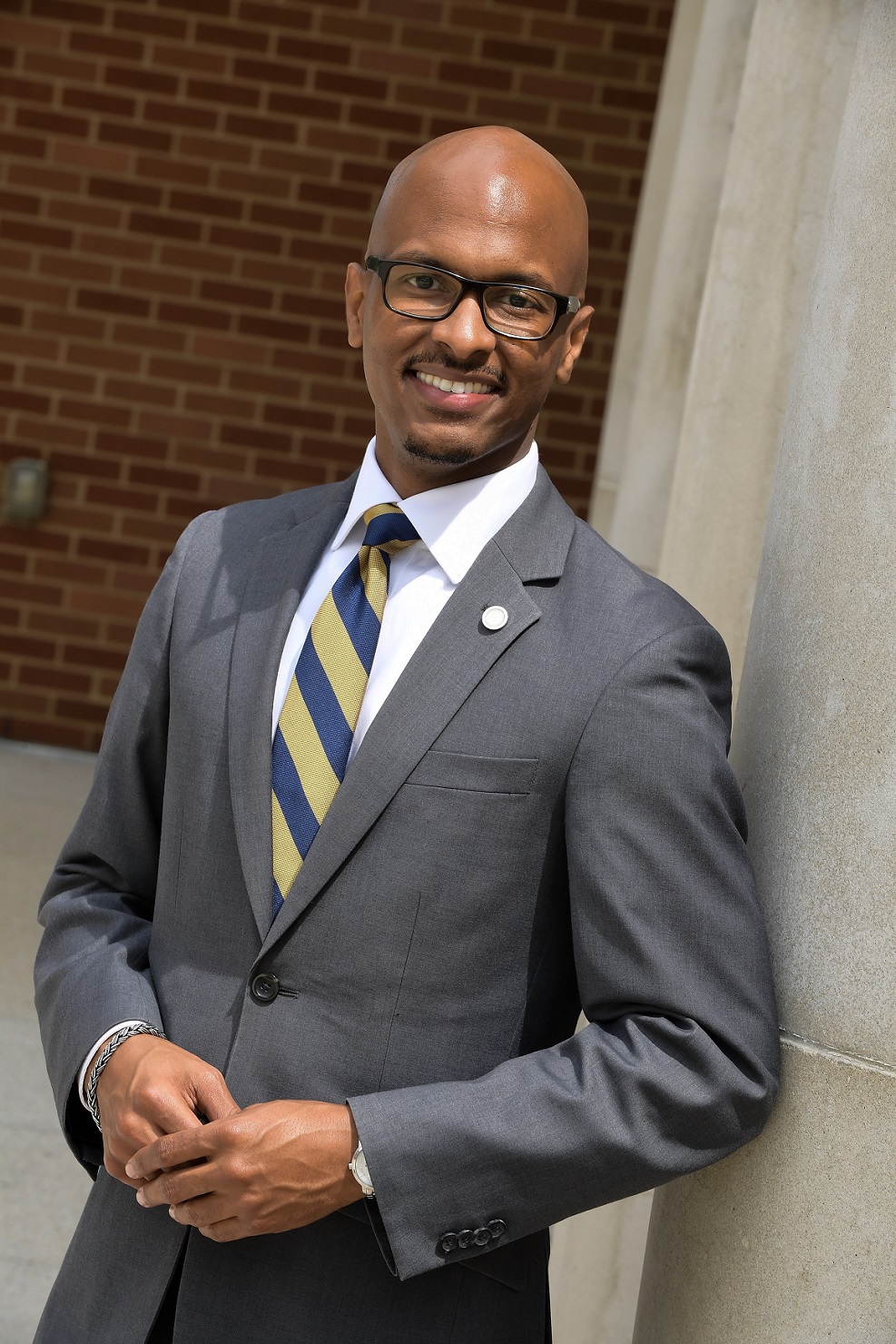 “I am speechless, literally,” Brunt said in reaction to being named an award recipient. “Serving others is so refreshing and fulfilling. Being recognized personally and professionally in this way is incredibly motivating.”

Brunt received his bachelor’s degree in communication from the University of Illinois at Urbana-Champaign and his master’s degree in communication management from La Salle University. He began his position at Kent State in January 2016. He also serves as advisor to Black United Students and the Epsilon Delta Chapter of Alpha Phi Alpha Fraternity Inc. Prior to joining Kent State, Brunt served as assistant director for academic success and coordinator of the Black Male Excellence Network at Purdue University, assistant director of residence life at Rosemont College and residential area manager at Saint Joseph’s University. 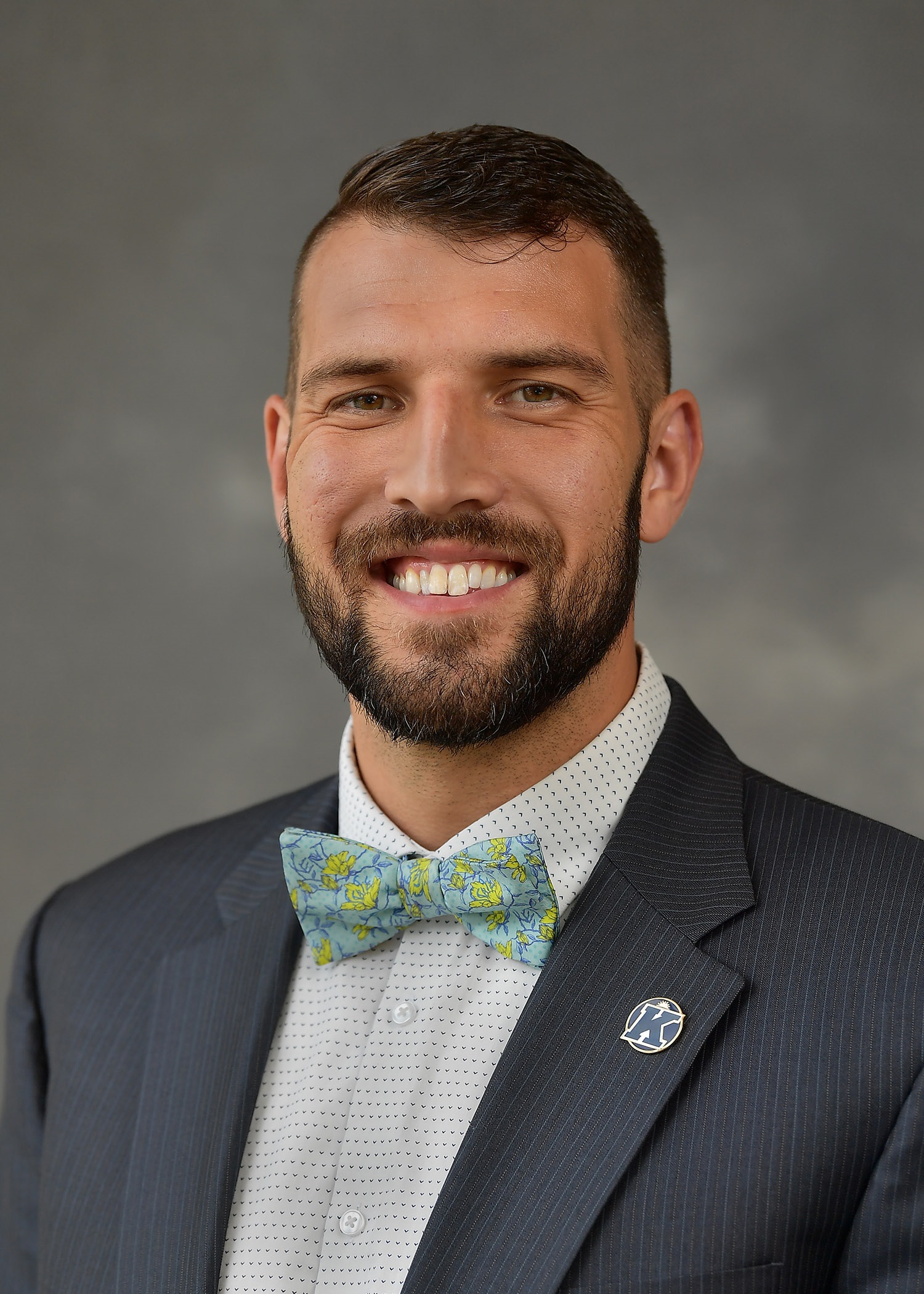 Kavulic, a resident of Akron, provides leadership and support for the effective functioning and daily operations of the Kent State Board of Trustees. Additionally, he supports many functions of the university as a member of the Office of the President.

“I am humbled to have my name called alongside so many talented and committed young professionals who are working to make Akron safer, healthier and more vibrant,” Kavulic said. “Our challenge as recipients of this honor is to never stop asking and working toward what’s next. How can we work every day to better our communities and the lives of the people around us?”

Kavulic received a bachelor’s degree in English from the College of Wooster, a master’s degree in higher education and student affairs from Syracuse University and a doctorate in higher education administration from Kent State. He came to Kent State in August 2012 as a full-time Ph.D. student and a teaching assistant with the higher education administration program. In May 2013, he began working full time at the university, serving in the Division of Information Services. He began as special assistant to the vice president for information services, was then promoted to senior special assistant to the vice president for information services, and later took the role of director of communications for the Division of Information Services. Prior to joining Kent State, Kavulic held professional roles at the College of Wooster, Syracuse University and Northern Illinois University. Since becoming a resident of Akron in 2013, Kavulic has actively served his community where he and his wife, Carol, raise their daughter, Emerson. Kavulic has supported Buchtel High School through the annual West Akron 5K; became a regular volunteer through the Akron-Canton Regional Foodbank’s young professional group (CORE); and has actively participated in Akron’s Ward 4 as a founding member of the Forest Lodge Block Club. He was recently elected a member of Project GRAD Akron’s Board of Directors. 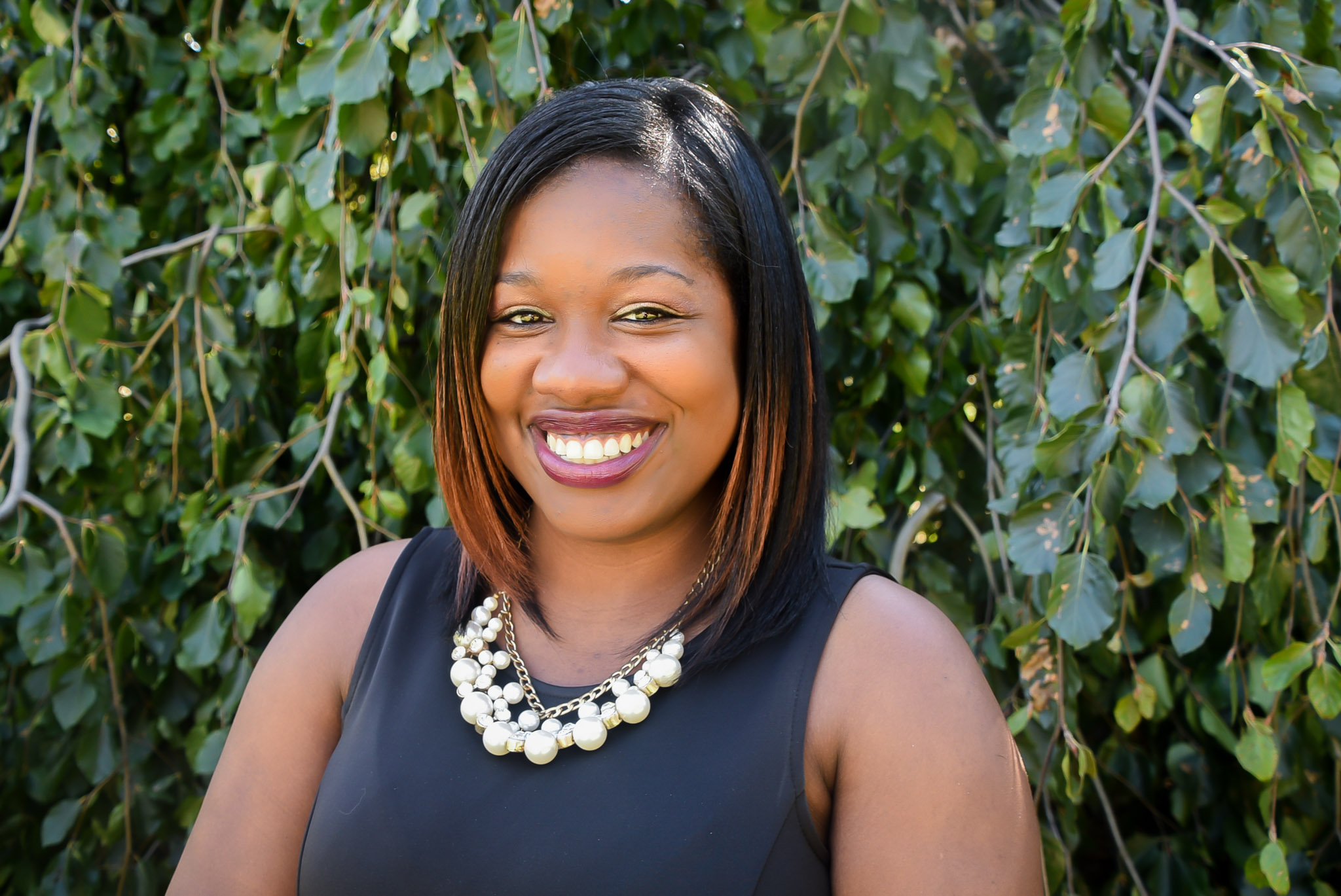 As assistant director of the Women’s Center at Kent State, Robinson, a resident of Cuyahoga Falls, is responsible for developing strategies and identifying resources for programs, services and advocacy to secure equity of experience and resources for female-identifying faculty, staff and students. She also coordinates and plans the center’s planned programming, events and services for students and employees throughout the university. For her “30 for the Future” award, Robinson is being recognized for her leadership as founder and executive director of Limitless Ambition Inc., a nonprofit organization in Akron that empowers young women from economically deprived areas through career coaching, academic assistance and teen enrichment programs.

“I am very honored to have received this award,” Robinson said. “I have always been passionate about helping women navigate the obstacles that may be hindering their success. I am glad that Akron has an event like this to honor young professionals.”

Robinson holds a bachelor’s degree in fashion merchandising and a master’s in human development and family studies from Kent State. She began working at Kent State in 2014. Her areas of study are nonprofit organization and positive youth development. Her scholastic interests include academic and emotional support for underrepresented student groups and women’s leadership. Prior to accepting the position of assistant director of the Women’s Center, Robinson served as the program coordinator for the Women’s Center and the Office of Sexual and Relationship Violence Support Services. Outside of her position at Kent State, she has spoken at various universities, community organizations and churches on the topics of leadership, passion discovery and women’s empowerment. Robinson is also a member of Torchbearers, which is an organization of emerging leaders focused on enhancing the Greater Akron community through leadership development, talent attraction and retention, and community service.

About the Awards Ceremony

Brown, Brunt, Kavulic and Robinson will be recognized by the Greater Akron Chamber at an awards ceremony on Sept. 7 at the Hilton Fairlawn/Akron.