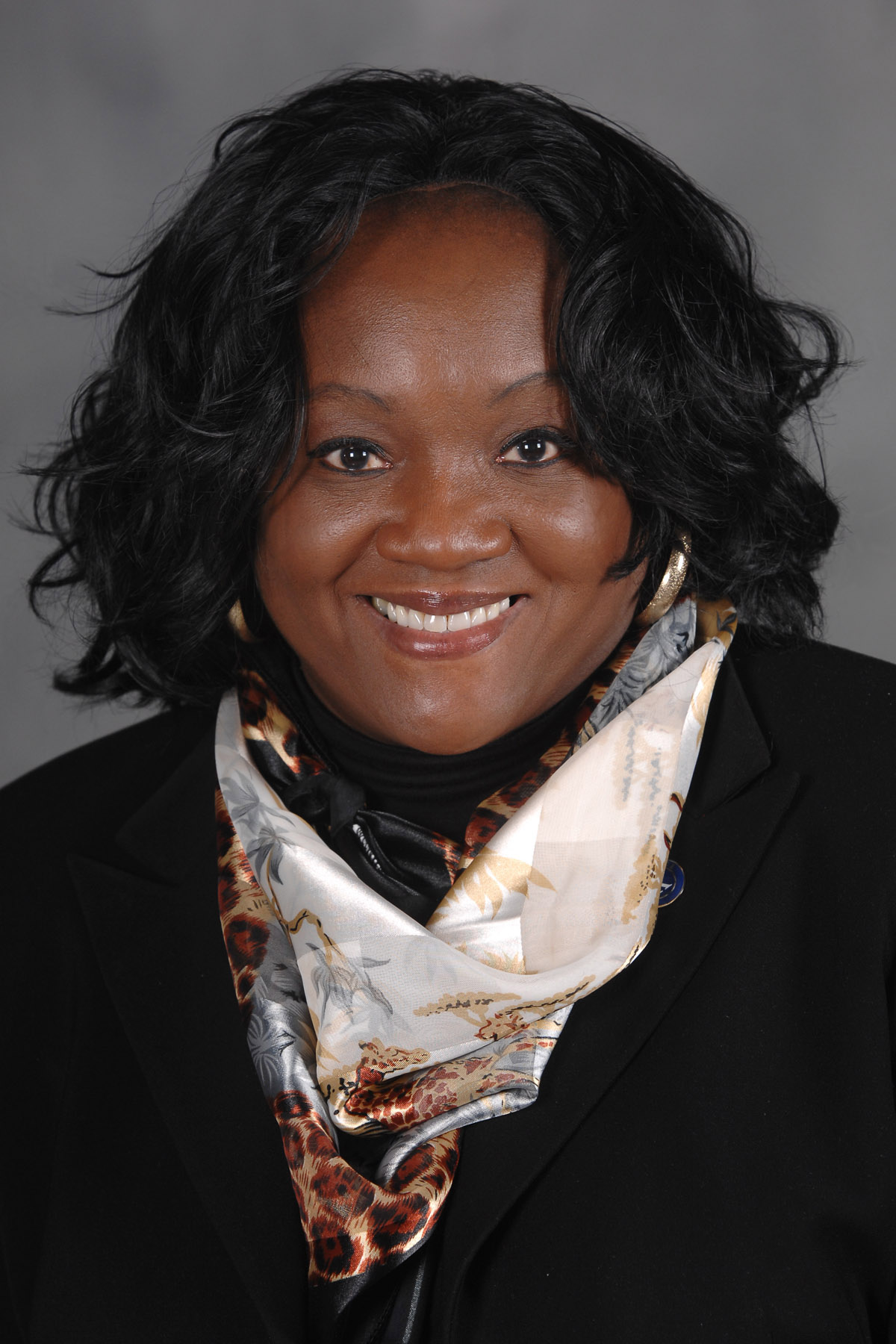 Geraldine Hayes-Nelson, executive director of employee engagement, climate and outreach in Kent State University’s Division of Human Resources, has been named president of the Portage County NAACP (National Association for the Advancement of Colored People). Portage County Auditor Janet Esposito swore her in at a ceremony earlier this month.

Hayes-Nelson, who has been deeply involved with the Portage County NAACP for years, was pleasantly surprised by the honor but quickly thought of the work that needs to be done.

“I love the NAACP, but in light of today’s times, I thought to myself, ‘This is going to take some work,’” she said with a laugh. “It’s a challenging time, and as I began to contemplate more, what really set in is that this is all about us working together for justice and equality.”

In her employee engagement role, Hayes-Nelson brings together the Division of Human Resources in collaboration with campus divisions and units in the delivery of employee appreciation and recognition programs. As an educator, Hayes-Nelson is proactive in engaging higher education and Ohio citizens at all levels in working together for change, and seeks avenues to address discrimination and social injustice.

Hayes-Nelson, who joined Kent State in 1993, has held various leadership roles, including serving as a board member of the Kent State President’s Commission on Inclusion, President of the Ohio Education Association Program Personnel (OEAOPP) for the Federal TRIO programs, and chair of the Educational Committee of the Portage County NAACP, among many others. She has been the recipient of numerous honors including the Portage County NAACP Improving Educational Excellence Award.

Despite daunting challenges, Hayes-Nelson is anxious to get to work.

She is committed to the overall mission of the NAACP. She joins the continued struggle to eradicate the tough issues related to racism, sexism, classism, and all the injustices that impact the forward progress of equality and justice for all mankind.

“At the recent MLK prayer breakfast, we had nearly 20 Portage County ministers of all faiths come together,” she said. “To me, that was important because our future is with the young people, so working through faith-based organizations and their youth is one way to break down barriers.”

Hayes-Nelson is married to Donald F. Nelson. She is the mother of three, all of whom are proud graduates of Kent State University. She resides in Stow, Ohio.