Kent State University faculty and students in the Department of Physics, in the College of Arts and Sciences, recently played a key role in using a new silicon detector technology to examine nuclear collisions that recreate the Big Bang on a tiny scale in the U.S. Department of Energy’s Brookhaven National Laboratory in Upton, New York, on Long Island. 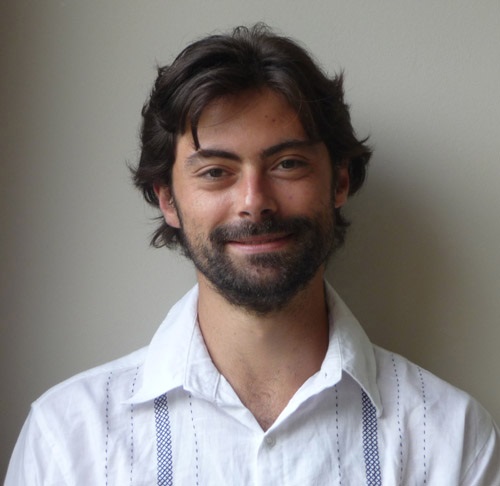 By looking at the behavior of particles that decay just tenths of a millimeter from the center of a trillion-degree fireball that mimics the early universe, nuclear physicists smashing atoms at the Relativistic Heavy Ion Collider (RHIC) in Brookhaven are revealing new details about the fundamental particles that make up our world. These nuclear collisions create a quark-gluon plasma, a mixture of quarks and gluons, the fundamental building blocks of visible matter, which last existed in this state some 14 billion years ago.

The new measurements, described in a paper recently published in Physical Review Letters, are the first to come from a precision upgrade to RHIC’s STAR detector known as the Heavy Flavor Tracker (HFT). The paper gives details about the first direct measurement at RHIC of how a type of heavy particle containing a “charm” quark gets caught up in the flow of the expanding fireball. This measurement gives scientists a new window into understanding the interactions of the particles that make up the “subatomic soup.”

“The STAR HFT has achieved, so far, the best resolution in all high-energy experiments, which allows for the necessary precision to determine the decay point of extremely short-lived particles in a complex nuclear collision,” explained Spiros Margetis, Ph.D., a professor in Kent State’s Department of Physics.

The Berkeley Lab and Kent State groups, together with other groups – including the software and computing team at Brookhaven Lab – developed the software that allowed scientists to connect the particle traces from the HFT detector with other components of the house-sized STAR detector.

The research of professors Declan Keane, Ph.D., and Margetis is supported by a U.S. Department of Energy Office of Science grant. Their newer students, including Ayman Hamad, are now performing further analysis looking for other aspects of the quark-soup behavior.