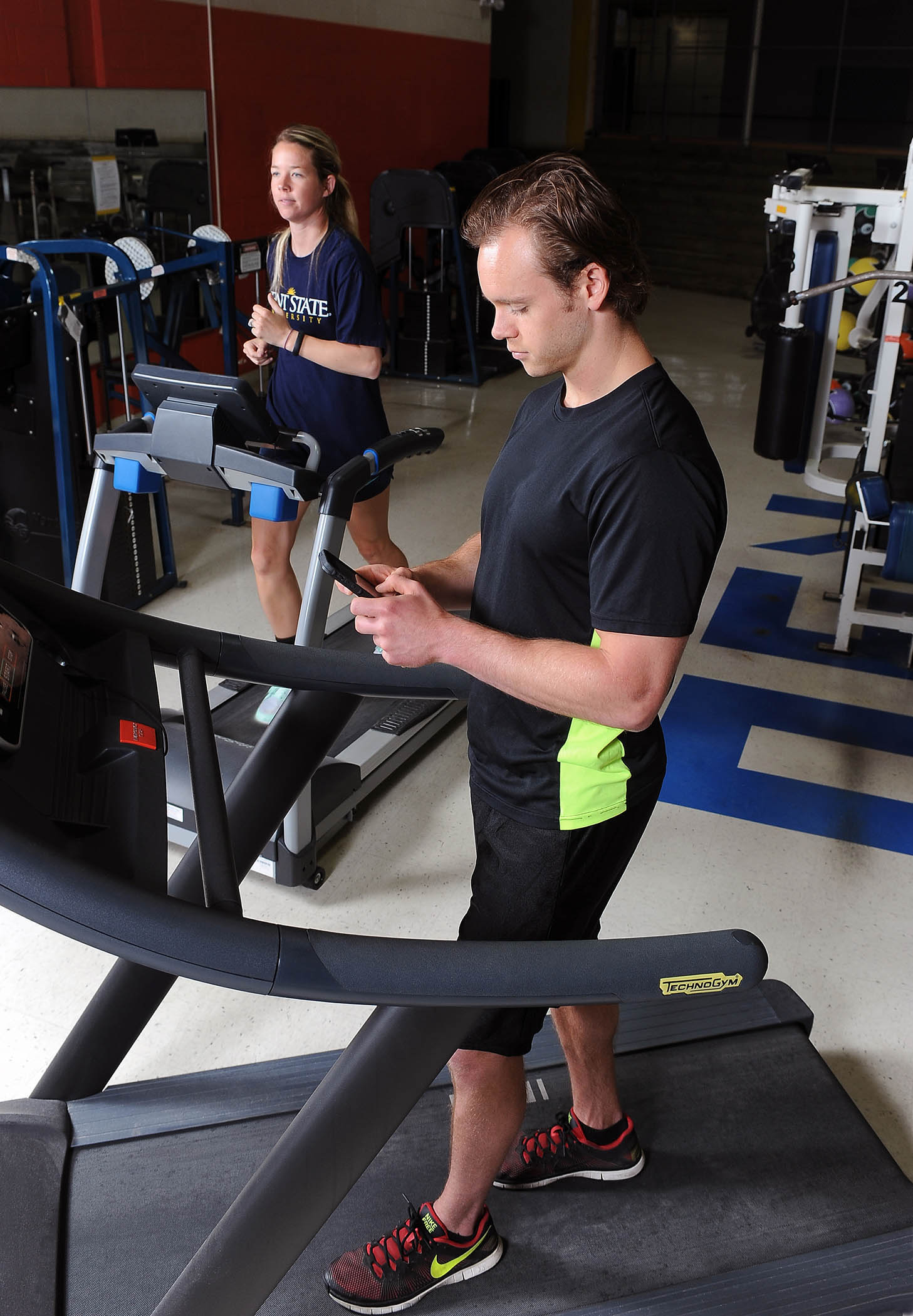 The researchers, from Kent State’s College of Education, Health and Human Services, found that when individuals use their smartphones during exercise for texting or talking, it causes a reduction in exercise intensity.

“Exercising at a lower intensity has been found to reduce the health benefits of exercise and fitness improvements over time,” Barkley said.

The results of the study and the widespread use of smartphones during exercise help explain the results of a previous study conducted at Kent State by the same researchers, which found a negative relationship between smartphone use and cardiorespiratory fitness.

“These findings are important because poor cardiorespiratory fitness is associated with an increased prevalence of cardiovascular disease risk factors, such as higher cholesterol and blood pressure levels, which could potentially lead to premature mortality,” said Rebold, who worked on the study while at Kent State and now serves as an assistant professor of exercise science at Bloomsburg University of Pennsylvania.

In the present study, 44 students participated in four, separate 30-minute exercise sessions on a treadmill. The researchers assessed the effects of common smartphone functions, such as music, talking and texting, and a control condition where the students had no access to their smartphones. During each session, average treadmill speed, heart rate and enjoyment were all assessed. The study demonstrated that relative to the no smartphone condition, the three smartphone functions – music, talking and texting – differentially affect exercise behavior.

Using the phone exclusively for listening to music increased the average treadmill speed, heart rate and enjoyment of a bout of exercise. Talking increased enjoyment, maintained heart rate but reduced speed.  And, texting reduced both speed and heart rate, but it did not alter enjoyment.

“It appears as if listening to music and, to a lesser extent, talking may have benefits on the duration and/or frequency of exercise due to their ability to increase enjoyment,” Lepp said. “However, if an individual’s opportunity for exercise is constrained by time, then it appears best to avoid talking on a smartphone during planned exercise.”

The researchers did not find any fitness-related benefits of texting while exercising.

“Most people indicate that their lack of exercise is due to time constraints,” Barkley said. “When this is the case, this study suggests that a smartphone should not be used for talking or texting as both may potentially reduce fitness. If one is looking to get the most benefits and improvements out of their workout, leave the smartphone in the locker room and enjoy your music with another type of device.”

The study was peer reviewed and is published in the journal PLOS ONE, which is now available at http://dx.plos.org/10.1371/journal.pone.0125029.