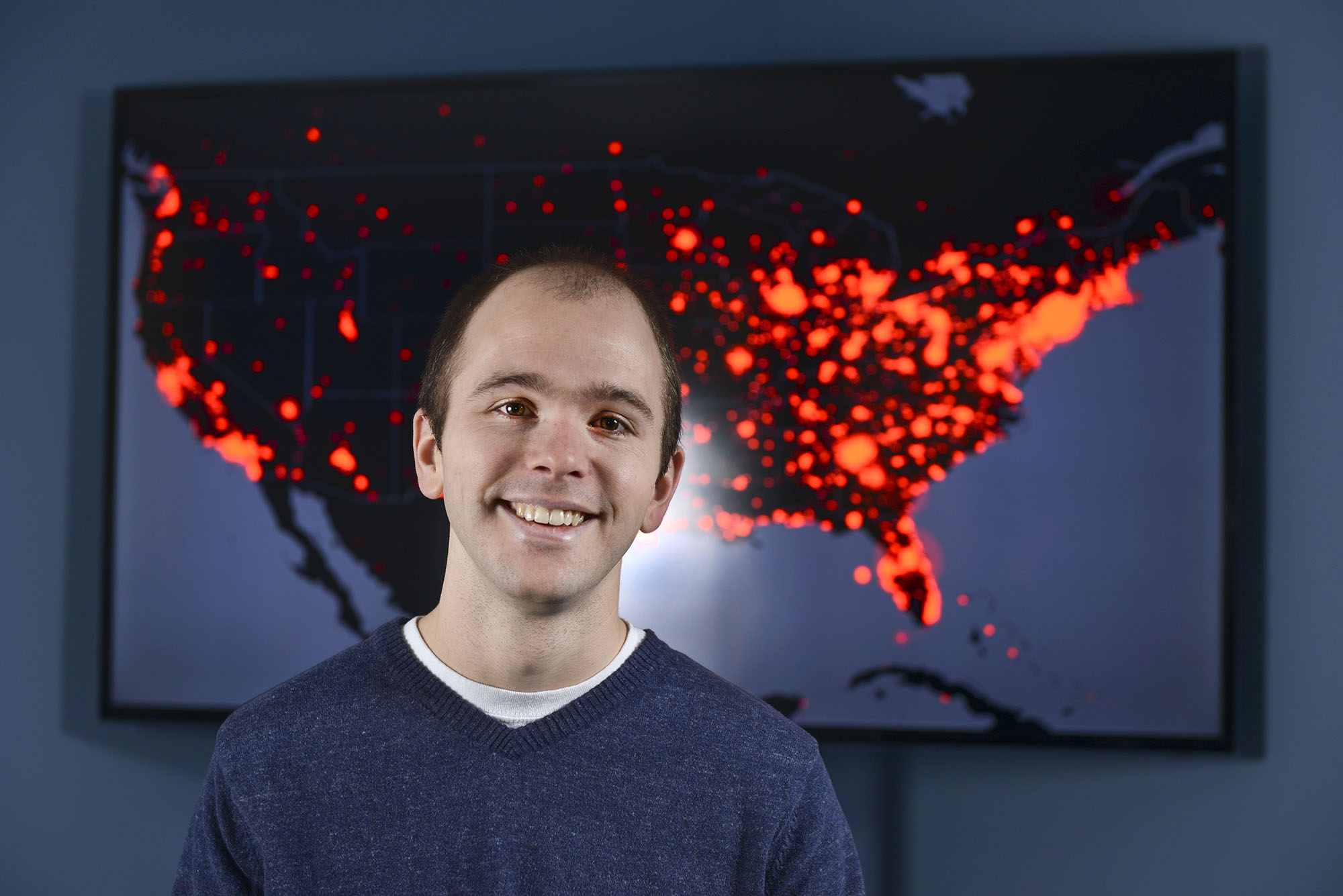 How well does Twitter represent public perceptions and behavior in a public health crisis?

Researchers at Kent State University have received a National Science Foundation (NSF) grant to study what social media activity on Twitter reveals about perceptions of last October’s Ebola scare and how perceptions influenced behavior. What the researchers learn will help inform public health officials in responding to future threats.

By comparing Twitter messages with responses from an online and a telephone survey of the Kent State community and people in the surrounding area, the researchers will better understand the role of social media in reflecting and influencing public perception and behavior in a crisis.

The study is one of the first of its kind to evaluate the use of social media data in risk communication during public health events as they unfold. While social scientists have been increasingly mining Twitter data, the data’s validity as a research tool has not been firmly established.

The Kent State study is designed to determine if behavioral responses align with social media comments. If Twitter data mirror responses gathered in more traditional surveys, the data could prove to be a valuable research tool and a way to gauge public behavior. Twitter data could be used to build a model to predict how people will respond to an epidemic, for instance.

The one-year, rapid response NSF grant for $41,200 was awarded just two months after the research was proposed. The NSF announced in December that it is awarding a number of Rapid Response Research grants, which fund research with an urgent need, to advance fundamental Ebola research. 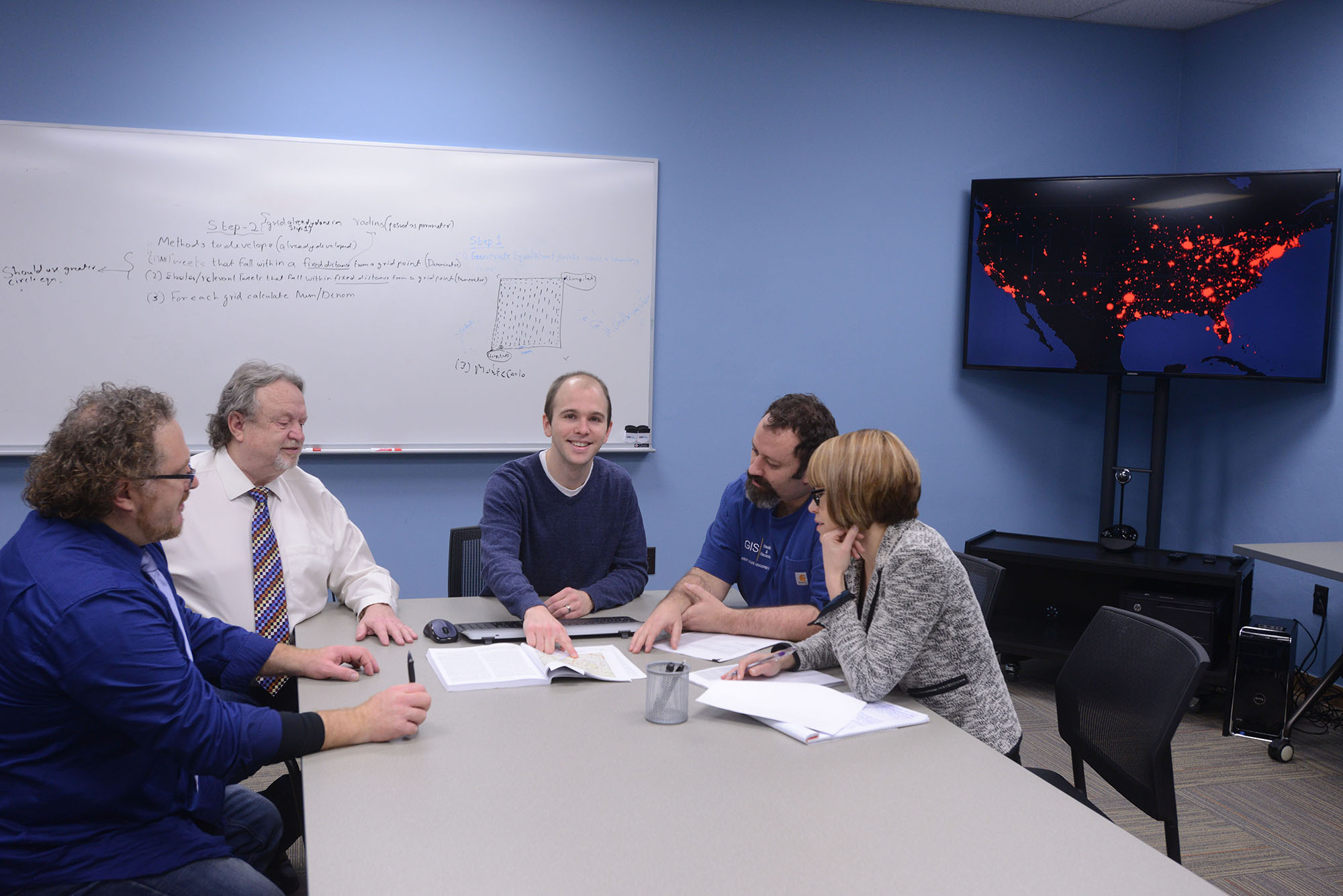 Shook, who has a computer science background, is gathering data from 40 million tweets, including those sent during the mid-October Ebola scare. He will compare this information with 4,300 responses the researchers received in an October 2014 online survey of all Kent State faculty, students and staff.

The research team will conduct a telephone survey of 750 people in the surrounding region, asking them what they knew about Ebola, what risks they perceived and how they changed their behavior in response to news that a Dallas-based nurse who became infected after treating the first Ebola patient in the U.S. had visited with relatives in Ohio who work at Kent State. The nurse never stepped foot on campus or in Portage County.

The online survey found that people at Kent State sanitized and washed their hands more, avoided crowds and used less public transportation during the scare.

Twitter usage spiked wildly in the Kent State area on Oct. 15, 2014, Shook said, as news spread about the nurse and Ebola. In Northeast Ohio, tweets about the nurse, who later recovered, far outnumbered those about Thomas Eric Duncan, the Ebola patient in Dallas, who later died.

Shook is using algorithms and high-performance computers to sift through 40 million tweets he purchased from GNIP, a data reseller owned by Twitter. The researchers will examine what was re-tweeted, how often users returned to the subject, and what sources of information, whether valid or inaccurate, they consulted and passed along to others.

Meta-data, or the data often included with each tweet, are rich with additional information, such as Twitter users’ location, if they provided it, and their network of followers. These data will assist the researchers in making behavior-comment associations.

Twitter data reflect a “real-time” response. Surveys, on the other hand, are by nature historical, occurring after an event, when people have had time to reflect, Shook noted. “Twitter gives us a way to look at the everyday lives of people,” he said.

Shook noted that disease models are built on simplified and often incorrect assumptions. Influenza outbreaks, for example, may prove to be milder than predicted because people change their behavior from what is expected. They might stay home from work when they are not sick in order to avoid contamination, so the outbreak subsides instead of spreading as widely as disease models and health officials expect.

Social media data could provide a window on that type of unanticipated behavior to help health officials respond to a public health epidemic or crisis.

Shook, who came to Kent State in 2013 after earning his Ph.D. at the University of Illinois, has studied social media for years, including mining social media data during Hurricane Sandy. Andrew Curtis specializes in spatial analysis of epidemic disease. Jacqueline Curtis studies environmental perception and behavior. Both Curtises were part of the official Louisiana geospatial response to Hurricane Katrina. Woolverton, an infectious disease microbiologist and a member of the City of Kent Board of Health, was on Kent State’s crisis communication team during the Ebola event. Gibson directs the Survey Research Lab, which designs surveys and collects and analyzes data. Vander Horst lends psychometric expertise in helping to design survey questionnaires. Four graduate students also are working on the project.

Photo Captions:
Photo of Eric Shook
Eric Shook stands in front of a map showing all the tweets about Ebola that were sent in the U.S. from Sept. 23 to Dec. 7, 2014. Hotspots can be seen in Northeast Ohio, New York City, Dallas and Atlanta, among other places.