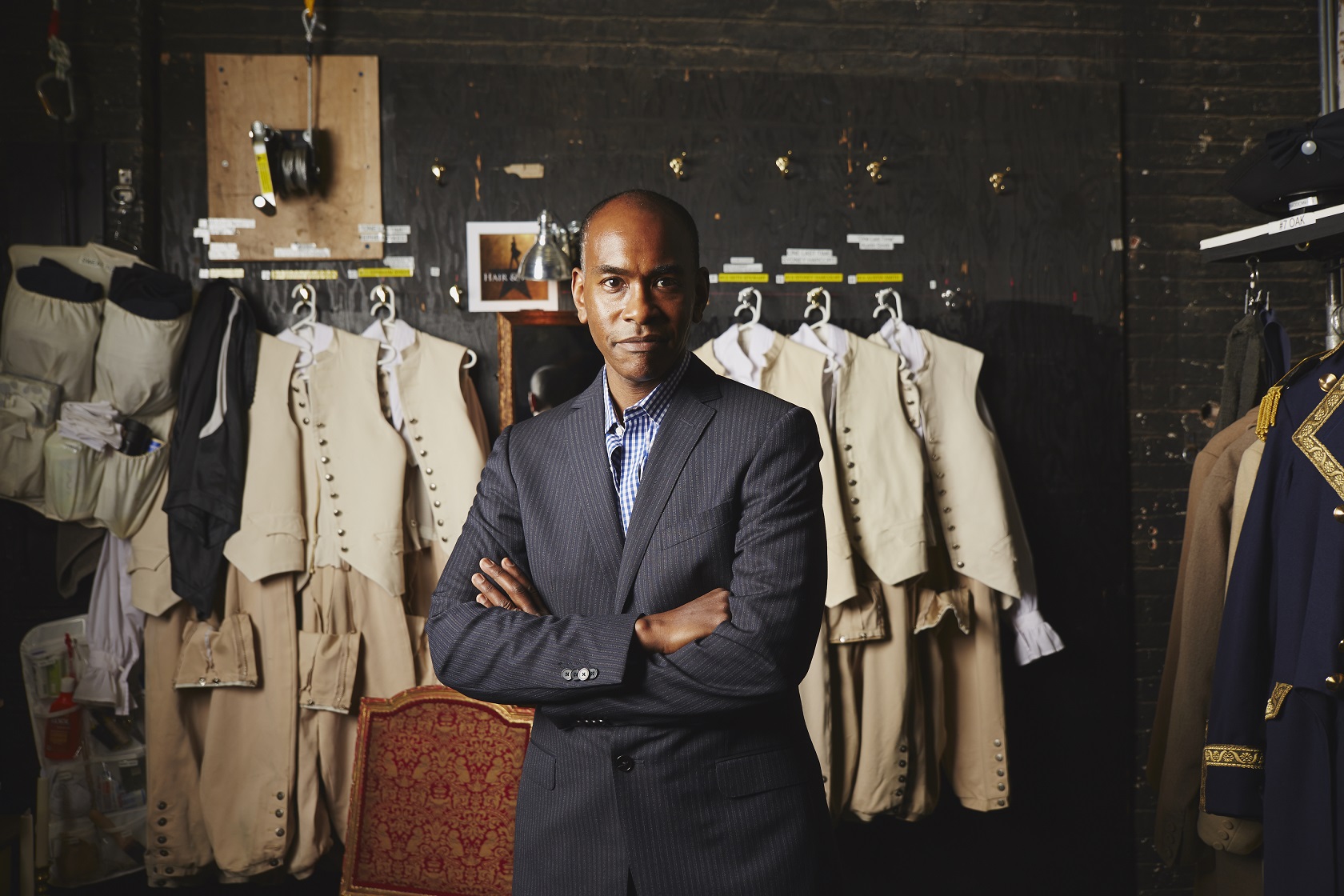 Tony and Emmy Award-Winning Costume Designer for “Hamilton” and NBC’s “The Wiz Live!” to Speak at Kent State

Kent State University’s College of the Arts in conjunction with the Thomas Schroth Visiting Artist Series presents Tony and Emmy Award-winning costume designer and Akron native Paul Tazewell. Tazewell will speak at Kent State on Monday, Sept. 25, at 7 p.m. in the E. Turner Stump Theatre, located in the Center for the Performing Arts at 1325 Theatre Drive in Kent, Ohio. Free parking is available. A complimentary dessert reception will immediately follow the talk. The event is free and open to everyone.

Tickets are free but reservations are required. Tickets will be available at the Kent State Performing Arts Box Office beginning at noon on Monday, Sept 11. Call 330-672-ARTS (2787), visit the box office in the Roe Green Center lobby at 1325 Theatre Drive or reserve online at www.kent.edu/artscollege beginning Sept. 11. There is a four-ticket limit per person. The box office is open weekdays from noon-5 p.m.

This highly acclaimed costume designer has been designing costumes for theater, dance, opera and film for more than 25 years. On Broadway, select credits include “In the Heights,” “Memphis,” “Jesus Christ Superstar,” “Side Show,” “Guys and Dolls,” “The Color Purple” (2005), “Doctor Zhivago” and “Elaine Stritch at Liberty.” He has garnered six Tony Award nominations across his career. In 2015, he designed the costumes for “Hamilton,” a show that has shattered the definition of the American musical, and has become a social, artistic and political phenomenon. In 2016, he was awarded both a Tony Award for Best Costume Design of a Musical for “Hamilton” and the Emmy Award for “The Wiz Live!” on NBC.

Tazewell, who is a graduate of Buchtel High School, will give a master class to Kent State’s School of Theatre and Dance costume design graduate and undergraduate students during the day on Sept. 25.

Throughout the past two decades, Tazewell has worked across the United States and the world designing shows in Moscow, London, Paris and Tokyo. He made his debut at the venerable Metropolitan Opera in 2012, and he also has begun designing television commercials and film, the most recent being “The Immortal Life of Henrietta Lacks” for HBO and Capital One.

In the United States and across the world, Tazewell has designed for such renown companies as the Metropolitan Opera, the Bolshoi Ballet, the English National Opera, Theatre du Chatelet, the Public Theater, the National Theater, the Kennedy Center, the Guthrie Theater, Arena Stage, Houston Grand Opera, San Francisco Opera and many more.

He is presently designing three new musicals all aiming for Broadway runs: “Escape to Margaritaville” (2018), “Ain’t Too Proud” and “Summer,” and he has begun fittings for the London production of “Hamilton,” set to open on Dec. 7.

He currently lives in New York City with his husband and their dog, Harpo, and works across the globe.

Tazewell has worked on the following:

The Schroth series was established in 2002 by Cecile Draime and her late husband, Max, of Warren, Ohio, to honor their dear friend, Thomas Schroth (1922-1997). A noted regional architect, Schroth designed the Butler Institute of Art’s Trumbull museum in Howland, as well as numerous other award-winning projects. Schroth spent his life in Niles, Ohio, as a prominent architect and inveterate collaborator in the artistic life of the Mahoning Valley and Northeast Ohio. A world traveler, he saw human creativity as a window framing human experience. The Thomas Schroth Visiting Artist Series brings diverse views through that window to the Kent Campus and community. The events are always free and open to the public.

For more information about Kent State’s College of the Arts, visit www.kent.edu/artscollege.