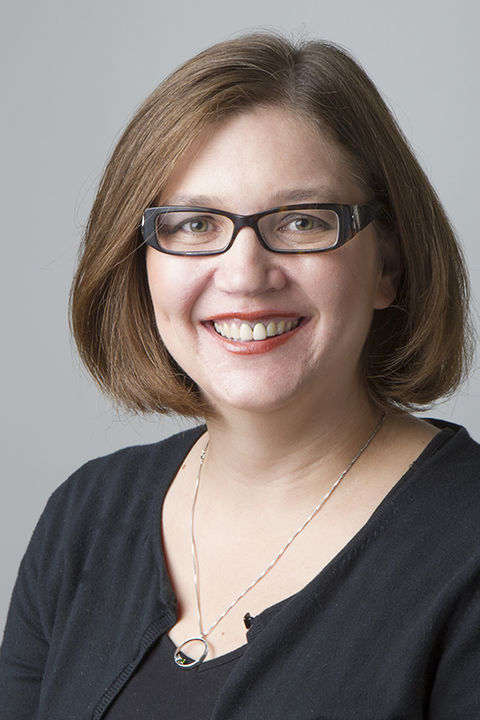 Danielle Sarver Coombs, associate professor in the School of Journalism and Mass Communication, is an author, media commentator, and consultant on areas related to sports, politics, and the politics of sport. She earned her Ph.D. in mass communication and public affairs from Louisiana State University in 2007.

As a former Director of Election Research for Edison Media Research, Danielle has extensive professional experience with election-related research. Danielle was brought on board in early 2003 as part of the team responsible for rebuilding exit polling for use by major national news organizations, including the Associated Press, ABC News, CBS News, CNN, Fox News, and MSNBC.

Academically, Danielle is the author of Last Man Standing: Media, Framing, and the 2012 Republican Primaries (Rowman & Littlefield, 2014). Danielle has been invited as a political expert to offer commentary across Northeast Ohio media, particularly in relation to Cleveland’s successful bid to host the 2016 Republican National Convention. In this capacity, Danielle commented on the distinctive political identity and influence of Ohio and, more specifically, Cleveland/Akron.

Danielle’s sports-related research primarily focuses on two major football traditions: English and American. In terms of the former, she has published book chapters on Nike, David Beckham, soccer in the United States, and the U.S. women’s soccer team and has been a commentator on BBC World Service.

With co-author Anne C. Osborne (Syracuse), Danielle has published a number of peer-reviewed articles on English soccer, including the experiences of sports journalists, the public relations practices of a Premier League club (Aston Villa Football Club), and framing of foreign owners in Barclays Premier League.

More recently, Danielle and Anne began to develop a retheorization of fandom, specifically focusing on women fans. Called Performative Sport Fandom (PSF), this work was published in 2013. Building on that work, the authors recently finished a multi-year ethnographic study examining the experiences of women fans of NFL teams, including the mighty Cleveland Browns. The book will be published in 2015 as part of Routledge’s Sport, Culture, and Society book series.

The Politics of Sport

Bringing her two extant streams of research together, Danielle is beginning work on a new series of research projects that more specifically look at the intersection of sports and politics: the politics of sport. Specifically, she is looking at how major sporting events provide platforms for media coverage of political content, including issues related to governance, geopolitics, human rights, and society. Continuing to extend her PSF work, Danielle also is exploring how women perform as sports fans in other cultural contexts, including Barclays Premier League, and the ways in which American soccer fans have adopted and adapted the rituals, routines, and symbols of English/European football supporters.

Prior to joining Kent State, Danielle headed her own research and consumer insights company. She developed her research skills at Insight Research Group (now Insight Strategy Group) in New York City, where Danielle worked on a range of categories including consumer packaged goods, media, and fashion. She also was Director of Election Research for Edison Media Research, the company hired to rebuild exit polling for the 2004 election.