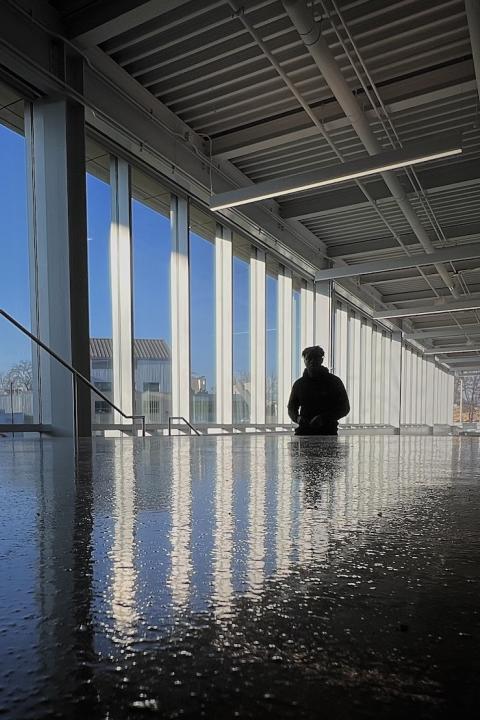 In 2019, Kevin was awarded the President’s Award of Distinction for Kent State for helping to foster a collaborative “student first” culture and for sound fiscal management.

Prior to coming to Kent State, Kevin served as adviser for the Patriot Talon student media outlet at the University of Texas at Tyler where he helped to lead a revival of the struggling media outlet. During his time at UT Tyler, the Talon student media outlet set records in circulation, student involvement, revenue and awards. In addition, they launched new products and developed partnerships with local media. At UT Tyler, Kevin also served as a senior lecturer in the Department of Communication. He taught courses such as writing for mass media, news reporting and writing, mass media and society, entrepreneurial journalism and photojournalism among others. In service to the department and university, Kevin also helped lead an initiative to develop and launch a hybrid executive master’s program in public relations. In 2015, he was selected as the Adviser of the Year by the Texas Intercollegiate Press Association, the nation’s oldest and largest statewide student media organization.

Kevin started his path in higher education at Fayetteville State University, an HBCU in the University of North Carolina system where he worked with a team of team of students, staff and faculty to resurrect a dormant news outlet.

Kevin earned a bachelor’s degree in journalism from the University of Missouri-Columbia and a master’s degree in visual communication from Ohio University. His other education came from his newsroom and media experiences as a writer, editor, designer, photojournalist and consultant for more than 20 years.

While at the Providence Journal in Rhode Island, he was part of the team that won first place for photo editing in the National Press Photographers Association Pictures of the Year contest. As a consultant, he worked with large, medium and small media operations to help them redesign, rethink and recharge their editorial, advertising and marketing strategies in print and online.