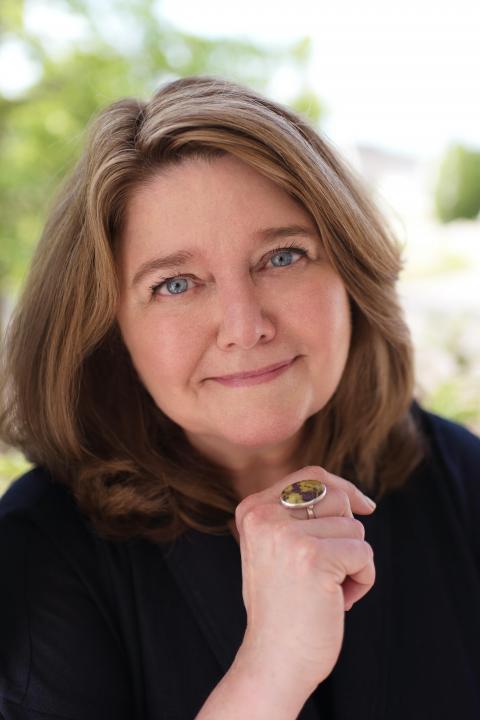 Connie Schultz is a Pulitzer Prize winning columnist for USA Today and author of the New York Times bestselling novel, The Daughters of Erietown. She is also a Professional in Residence at Kent State University’s School of Media & Journalism, where she teaches opinion writing, feature writing and ethics.

Schultz was a reporter and columnist at The Plain Dealer for nearly 20 years, from 1993 to 2011, after working for a decade as a freelance writer. She was a nationally syndicated columnist with Creators Syndicate from 2007 until 2021, when she joined USA Today.

In 2003, Schultz was a Pulitzer Prize finalist in feature writing for her series, The Burden of Innocence, which chronicled the ordeal of Michael Green, who was imprisoned for 13 years for a rape he did not commit. A week after publication, the real rapist turned himself in after reading her series. Schultz won several awards for this work, including the Robert F. Kennedy Award for Social Justice Reporting and the Batten Medal, which honors “a body of journalistic work that reflects compassion, courage, humanity and a deep concern for the underdog.”

In 2005, Schultz won the Pulitzer Prize for Commentary for columns that judges praised for providing “a voice for the underdog and the underprivileged.” That year she also won the Scripps Howard and National Headliner journalism awards for commentary.

Schultz is also a fellow with the Vietnam Reporting Project. Her 2011 series, “Unfinished Business,” explored the long-term impact of Agent Orange in the United States and in Vietnam. The series won the Associated Press Managing Editors Journalism Excellence Award in International Perspective.

She is a public speaker on a wide range of issues, from journalism and politics to women’s rights and social justice. She has received six honorary degrees and has served twice as a Pulitzer Prize juror.

For the last 14 years, Schultz has used social media to share the work of journalists and promote civil discourse with readers. From a 2105 Columbia Journalism Review story by Anna Clark: “In an era when journalists feel pressure to use social media to build their personal brands, Connie Schultz has done something far more interesting. She has adapted the classic newspaper to her Facebook page, bringing the best of the traditional form—newsiness, insight, journalistic principles, and personability—to a forum that often serves as a narrower vehicle for self-promotion.”

Schultz has been featured for her work in numerous publications and interviews, including The New Yorker, NPR, Politico, Kirkus Reviews Magazine, Glamour, Columbia Journalism Review, The Washington Post, and Ohio Magazine. Her book reviews appear regularly in The Washington Post, and she has also written for The New York Times, Politico, Parade, The Atlantic, Time, The Nation, Glamour, Democracy Journal and ESPN Magazine, among others.

In addition to her novel, Schultz is the author of two other non-fiction books published by Random House: Life Happens – And Other Unavoidable Truths, a collection of essays, and …and His Lovely Wife, a memoir about her husband Sherrod Brown’s successful 2006 race for the U.S. Senate. She has contributed to several anthologies, including The Speech: Race and Barack Obama’s “A More Perfect Union,” and more recently wrote the foreword to the 2020 anthology, Midland: Reports from Flyover Country, edited by Michael Croley and Jack Schuler. Her first children’s book, Lola Trains the Trolls, will be published by Razorbill Books in Summer 2023. She is currently working on her next novel.

Schultz and her husband have four grown children and eight grandchildren. They live in Cleveland, Ohio with their rescue dogs Franklin and Walter.

She can be found online at: