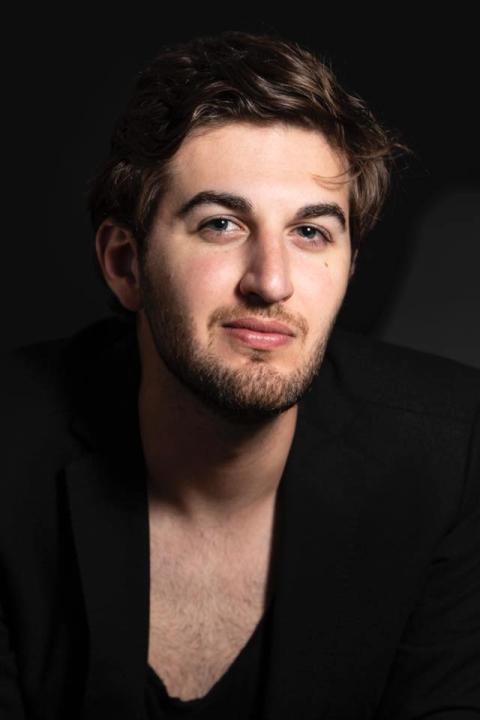 Alexandre Marr began his studies in piano from age 10, focusing on classical and contemporary piano under soprano and pianist, Victoria Auth. Following several debut concerts in the Northeast Ohio area, he attended Case Western Reserve University, The Cleveland Institute of Music, and Kent State University under the mentorship of Steinway Artists Gerardo Teissonnière and Dr. Donna Lee. Alexandre won both the 2010 Case Western Reserve University and 2011 Kent State University Concerto Competitions, performing Rachmaninov's Piano Concerto No. 2 in C minor with the Kent State Symphony Orchestra in 2012. He was honored to have performed at the 2014 "Rach Fest" held at New York City's Steinway Hall, as well as Steinway masterclasses in the Cleveland area. Recently, he recorded and gave the 2019 world premiere of composer Rick Dailey's The Abacus and the Rose, a song cycle for voice and piano, with soprano Merissa Coleman. Alexandre's latest music video of Gabriel Fauré's Élégie, Op. 24 with cellist Alexander Numpaque was recently featured by Steinway & Sons as part of their 2020 social campaign. Alexandre recently took 1st Prize alongside duo partner Greta Pasztor in the 2021 Gloria Artis International Music Competition.

Alexandre holds a Master of Music in Piano Performance from Kent State University where he served as graduate assistant for the piano division teaching group piano classes, private lessons, and accompanying choirs, voice studios, and instrumentalists. He is an active concert pianist and maintains private studios in both Akron and Cleveland.

Aside from performing classical music, Alexandre holds a passion for leadership, serving as Music Director for Temple Israel in Canton and Church of the Western Reserve in Cleveland where he is also Artistic Director for the CWR Concert Series. Throughout his career, he has musically directed theatrical productions including Songs for a New World performed at EJ Thomas Hall in 2017. That same year, he launched The Cabaret Project in partnership with Akron's BLU Jazz +, one of the nation's top jazz venues. Going on its 4th year, the project has sold out all performances since its inception and is slated to continue its mission of bringing a live cabaret scene to Northeast Ohio. In 2019, Alexandre produced and musically directed Cabaret for a Cure, a cancer benefit concert in collaboration with The Akron Civic Theatre featuring acclaimed NYC vocalist Natalie Weiss.

Alexandre serves as a collaborative pianist for vocal and instrumental studios at Kent State University.