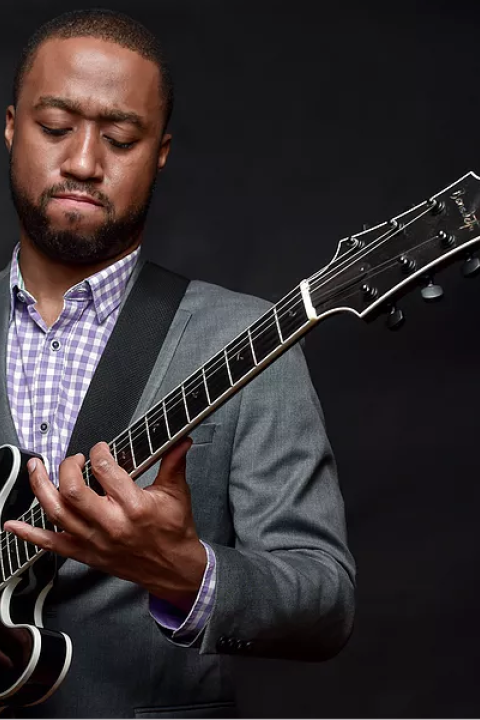 Music has been an integral part of Dan Wilson's life since his beginnings in gospel music. Upon hearing a Wes Montgomery record in a relative's basement, Dan decided to pursue a career as a musician. Since then, he has spent more than a decade honing his craft.

His debut album, "To Whom It May Concern," was released in 2012 and is a product of an intense study of many different musical styles and concepts. His most recent album, "Balancing Act," was recorded live in his hometown of Akron, Ohio.

Wilson has been touring nationally and internationally with three-time Grammy-nominated jazz organ legend, Joey DeFrancesco. Wilson's composition, "Who Shot John" was featured on Joey's 2015 release, "Trip Mode." Wilson received a Grammy nomination for work on "Project Freedom," by Joey Defrancesco & The People, released in 2017. Wilson can also be heard on Van Morrison's "You're Driving Me Crazy," and "The Prophet Speaks."  In April 2017, Wilson joined  legendary bassist Christian McBride's "Tip City." In June 2019, Wilson recorded an album for Mack Avenue Records titled "Vessels of Wood and Earth," which featured Jeff "Tain" Watts, Christian Sands, Marco Panascia and Joy Brown. The album was scheduled for release during the fall of 2019.

In addition to touring with DeFrancesco, Wilson has enjoyed the honor of sharing the stage with many jazz greats including Eric Marienthal, Russell Malone, Les Mcann, McBride and Dave Stryker.

Wilson received his bachelor's degree in music and liberal studies from Hiram College in 2006. His passion for Brazilian music led him to the city of Rio De Janeiro in 2007 to conduct research for his master's thesis, which he defended successfully at Youngstown State University in 2009.