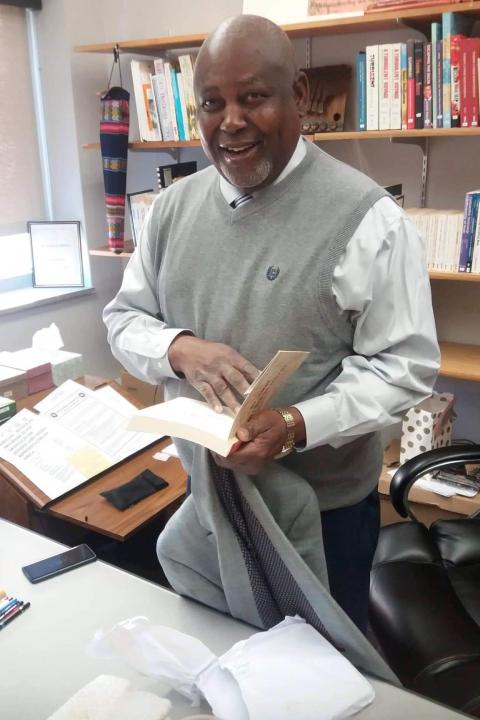 Dr. Kazadi wa Mukuna, ethnomusicologist, a native of the Democratic Republic of the Congo (Zaire), is Professor of Ethnomusicology and Director of the African Ensemble at the Hugh A. Glauser School of Music, at Kent State University in Kent, Ohio, USA.  Among his books are “Characteristic Criteria in the Vocal Music of the Luba-Shankadi Children” (1972); “African Songs for American Elementary Schools” (1980); “Contribuição Bantu na Música Popular Brasileira: Perspectivas Etnomusicológicas,” 3rd edition (2006); and “Interdisciplinary Study of the Ox and the Slave (Bumba-meu-Boi): A Satirical Music Drama in Brazil” (2003).

Among his most popular articles are “Toward the Quest for the Truth in Ethnomusicology” (2007); “Globalization of the Urban Music of the Democratic Republic of the Congo” (2005); “Slit Drum” (2003); “Congolese Music” (2001); “Ethnomusicology and the Study of Africanisms in the Music of Latin America: Brazil” (1999); “The Rise of Bumba-meu-Boi in Maranhão: Resilience of African Brazilian Cultural Identity” (1999); “The Evolution of Urban Music During the 2nd and 3rd Decades (1975-1985) of the Second Republic – Zaire” (1999); “Creative Practice in African Music: New Perspectives in the Scrutiny of Africanisms in Diaspora” (1997); and “The Universal Language of all Time?” (1997).