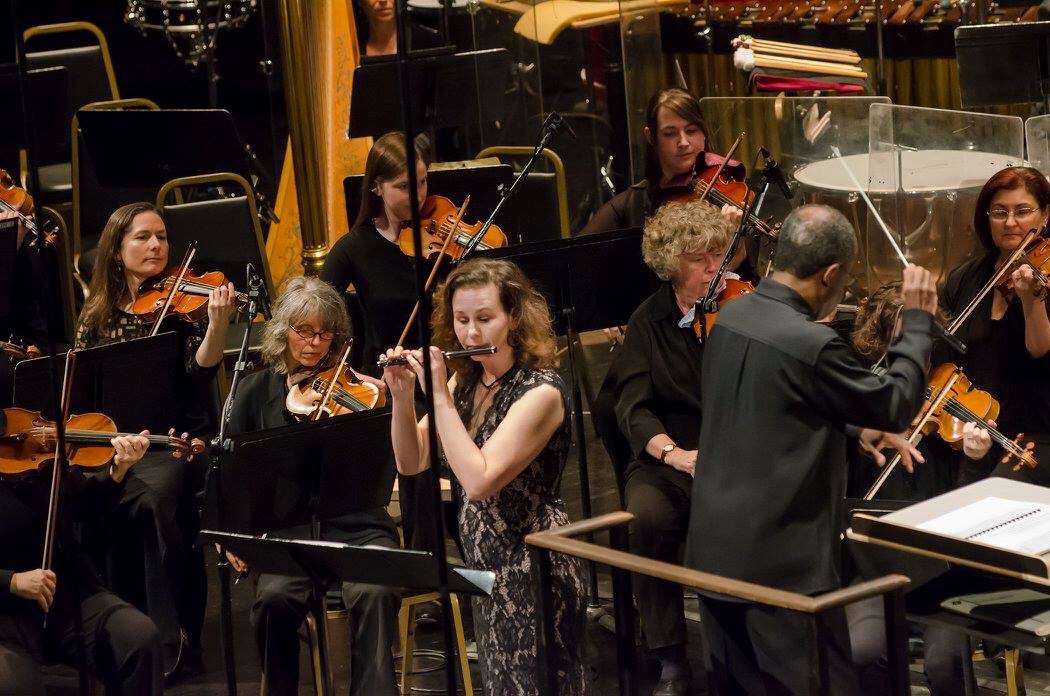 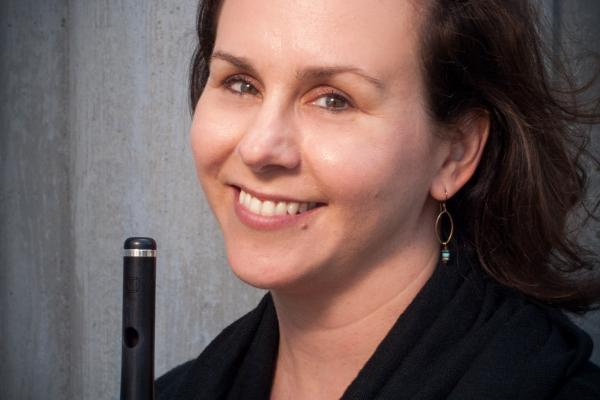 Ohio native Amy Likar (BM ‘91) grew up in Cuyahoga Falls and began studying piano when she was 8 years old with Jane Butcher. When Amy was 10, she began playing flute in Lincoln Elementary’s band, directed by Michael Corbissero, also a Kent State alumnus. At his suggestion, Amy began taking flute lessons with Kent State alumna Michelle Worthing, wife of former Kent State College of the Arts Dean Richard Worthing. Michelle was her teacher until Amy came to Kent State as a music education and flute performance major in the School of Music.


Today, Amy lives and works in California’s San Francisco Bay Area with husband Jack Paulus (BS ‘89). She balances a busy performance and teaching schedule with work in Body Mapping and the Alexander Technique. Her recent “Breathing Book for Flute,” published in 2018 by Mountain Peak Music, has recently garnered positive critical acclaim in the April edition of “Flute Talk” and Spring edition of “The Flutist Quarterly.”

Read more about Amy’s life as a musician and how she carved her career path in the interview below!

Question:  Who were some of your musical influences during your artistically formative years?

Amy Likar: While in high school, my band directors Mr. Corbissero and Robert Feldbush (BS ‘59, MA ‘67) were major influences on me. Mr. Feldbush taught a theory class at Falls High that prepared me so well for Kent. After Mr. Feldbush retired, Chris Demarco and Barbara Saks became my band directors during my senior year. And then obviously, Michelle Worthing, my flute teacher. Robert Piotrowski (a two-time Kent State alumnus) was my middle school band director. Public school music education was very important in my life.

Also growing up, my parents would always get tickets to hear The Cleveland Orchestra at Blossom Music Center in Cuyahoga Falls. While my parents were older and didn’t want to drive to Cleveland to go to Severance Hall, they always made sure we attended concerts at Blossom. We would also often to go Akron to hear concerts at EJ Thomas Hall. I remember hearing many world famous musicians growing up.

While a student at Kent, I would often drive up to Severance Hall to hear The Cleveland Orchestra. I was a frequent recipient of the free tickets the School of Music was giving away.

Q: How did you come to study at Kent State? Who was your teacher while here?

AL: My guidance counselor at Falls High nominated me to enter a Creative Artists Award Competition through Kent’s Honors College. I was awarded an Honors College Scholarship. Both of my sisters had gone to Kent so it seemed I would follow in their footsteps. My music education advisor while at Kent was Dawn Baker Carson and she has been majorly influential throughout my career.

My first two years I studied with Ray DeMattia.  Then, I went to France to study for a year at the Conservatoire de Nice in France. After I came back, Kent State made it possible for me to study with Martha Aarons of The Cleveland Orchestra during my last two years. I also took piano lessons with Lois Ozanich throughout my years at Kent.

Q: What’s one of your favorite memories or experiences from your time at Kent?

I also loved playing in New Music Ensemble with Frank Wiley - I particularly remember a residency by Ellen Taaffe Zwilich that was an experience that stuck with me. I also remember learning a lot in Wind Ensemble and Conducting with Wayne Gorder. I also loved my jazz methods class with Chas Baker. My teaching general music class with Dawn Baker was one of the most informative and practical classes I’ve ever taken anywhere. While the class was focused on teaching elementary general music, I learned so much about how to teach anything.

Q: After graduating from Kent, you pursued your Masters and Doctorate at The Ohio State University. Did you do something else before or did you go straight on from Kent?

AL: After I finished my degree at Kent, I actually went to Swaziland, Southern Africa. Jack Paulus had joined the Peace Corps in 1990. I finished my degree in 1991 and my graduation present was an open-ended round trip ticket to Mbabane, Swaziland. I ended up marrying Jack there in a rather comical (to us) civil ceremony. I taught English at the school Jack was teaching math at in a very rural part of Swaziland. It was one of the most formative experiences of my life and really made me want to recommit to being a musician. We got to travel a lot that year, experiencing Namibia, Lesotho, and various parts of South Africa and of course, Swaziland.

Q: You’re a licensed Andover Educator. Could you describe more of what this means and how did you get started with the Alexander Technique and Body Mapping? 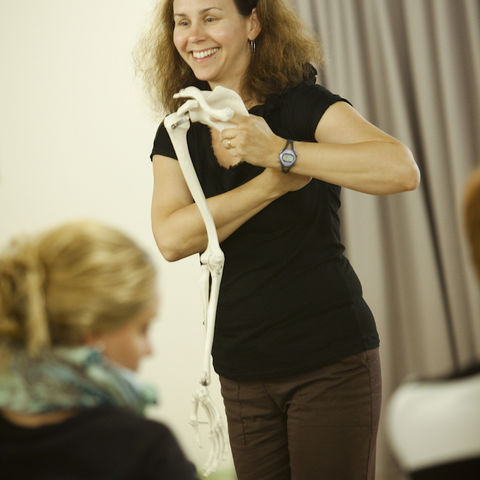 AL: When I arrived at Ohio State after coming home from Africa, I was having some tendonitis issues as a pianist and some jaw issues as a flutist as well as some neck and upper back pain issues. My flute teacher at Ohio State, Katherine Borst Jones, suggested I take the Alexander Technique class that William Conable was teaching.

After I had finished my master's degree, I was in a car accident. Kathy Jones suggested I take some private lessons with Barbara Conable. I had met Barbara at Alexander Workshops at Ohio State and immediately called her and started taking private lessons with her. This was about the time that she was launching Andover Educators (TM) and the “What Every Musician Needs to Know About the Body” (TM) course. This course started because Barbara felt that there was basic information about the body in movement that could easily be explained to musicians through learning about their body maps. This is basic information that makes music-making more easy, expressive, efficient, and at the same time helps musicians avoid some of the pain and injury we seem so susceptible to having. I was teaching at Ashland University at the time and working on my doctorate. I was also playing in the Wheeling Symphony. So working with Barbara was amazing for managing all of the teaching, practicing, performing and driving I was doing. I felt like the information she was teaching helped me get through it all. I ended up training to teach her course.

Then after I finished my DMA and moved to California, I entered an Alexander Technique training course. I’ve been combining teaching Body Mapping and Alexander Technique with performing ever since. When Barbara retired in 2006 she asked me if I would take over the training of musicians to teach the “What Every Musician” course. I ended up forming a board and a nonprofit, and now we have several teachers in 8 countries around the world and continue to be a nonprofit for continuing education and professional development for musicians. We have an upcoming conference at the University of Redlands in California in June as we celebrate 20 years of teaching Body Mapping.

Q: How did you end up in the San Francisco Bay Area?

AL: My husband Jack Paulus (BS from Kent State in 1989 and MS from Ohio State in 1998) got a job at Pixar Animation Studios. We moved here in 1999 shortly after I finished my doctorate. I resigned from teaching at Ashland University and playing in the Wheeling Symphony. We moved, I started studying at the Alexander Training Institute of San Francisco and had two children. I had the really good fortune to win a job in the Oakland Symphony when our daughter was 4 and our son was 1. I’ve performed with and taught for the Oakland Symphony’s education program now for 15 years. So while I don’t have a public school teaching job, I do get to mentor in the public schools weekly for my job with the Oakland Symphony, including co-conducting an after-school orchestra.

Q: What are some of the main highlights of what you're currently up to? 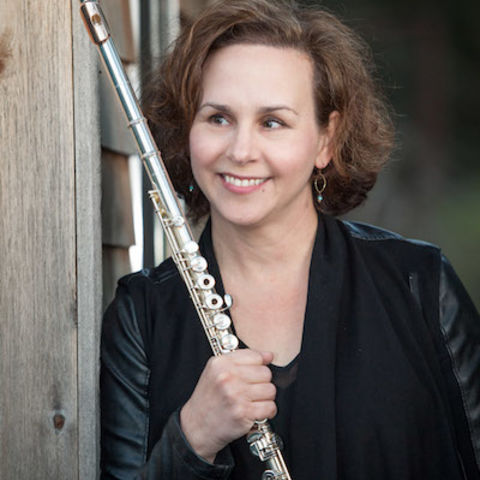 AL: In January I did a tour of the Southeast giving master classes and recitals, premiering a new work by Donald Sloan called “Move. Pause.—>” at Coastal Carolina University, University of South Carolina, and Columbus State University (GA). I also did a Body Mapping workshop and master class at the University of North Carolina at Charlotte. In March, I performed Concerto for Piccolo and Orchestra (which I toured with piano in January) by Martin Rokeach with a student-run orchestra at the University of Southern California. I premiered this work with the Oakland Symphony in 2016 and also played a part of it at the Orlando National Flute Association Convention in 2018 with its newly published piano reduction. I’ll be performing “Move. Pause.—->” at the National Flute Association Convention in Salt Lake City in August 2019.

In addition to my Oakland Symphony schedule, I frequently freelance with other groups in the Bay Area. I also teach at St. Mary’s College of California. I’ll be performing “Chansons Medacasses” by Ravel in May on a chamber concert in San Francisco.

In 2017, I was on tour in Europe and taught classes and gave a recital in Skofja Loka and Ljubljana, Slovenia, taught masterclasses in Milan, Italy and also at the Conservatoire de Nice. It was so fun to teach a class in French and work with students in Nice almost 30 years after I had been a student there.

AL: I’ve been a Powell flute player for 25 years and am proud to be a Powell Performing Artist.

Living a musical life is the best. : )

Click here to learn more about becoming a Golden Flash!