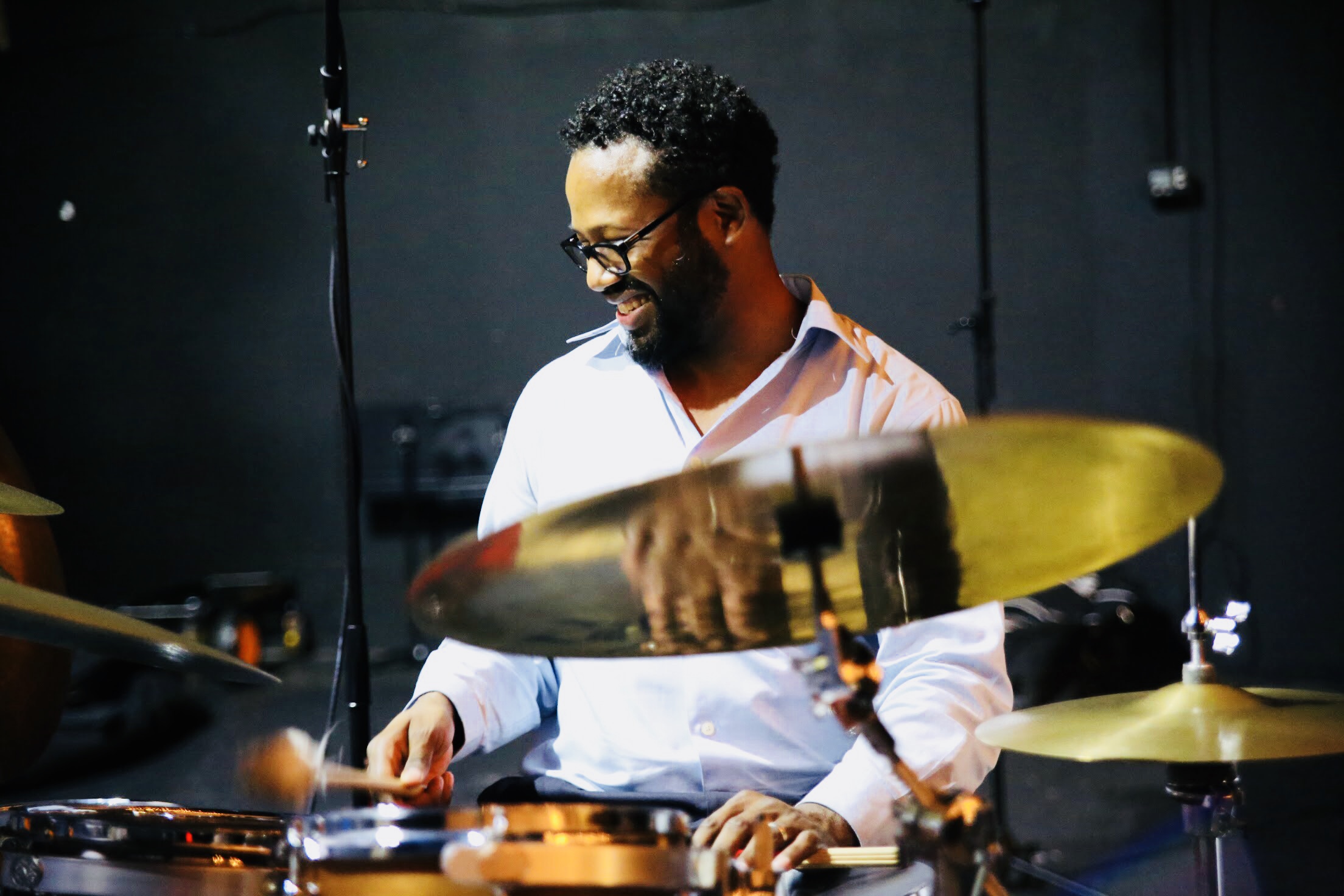 “We are thrilled to be joining forces with the Ogún Meji Duo for this concert,” said Adam Roberts, Ph.D., co-director of the New Music Ensemble. “It enables the students to inhabit protest music from the ‘70s written by two internationally-renowned composers who have just passed away while sharing the stage with an important living artist who embodies protest of this time.”

The concert’s first half opens with the New Music Ensemble performing Louis Andriessen’s “Workers Union” and Frederic Rzewski’s “Coming Together.” Both works were written in the 1970s. “Workers Union” is a musical depiction of a staged worker’s protest. Its notes are indeterminate, but its rhythm is fixed, showcasing both freedom and order, respectively. Of the piece, Andriessen wrote: “It is difficult to play in an ensemble and to remain in step, sort of like organizing and carrying on political action.”

Rzweski’s “Coming Together” was written in response to the Attica Prison uprising that began on Sept. 9, 1971, when 1,281 inmates revolted, demanding more humane treatment and improved conditions. For four days they retained control of an exercise yard, holding nearly 40 prison staff as hostages. On Sept. 13, it ended in a botched raid by state police, resulting in the deaths of 43 people. The work embraces elements of strict composition and controlled improvisation as a metaphor for prison life.

“#BLACKLIVESMATTER is a powerful piece of music, but it is more than that,” said Roberts. “Through the activism, musicality and generosity of the Ogún Meji Duo’s performance, we have an opportunity to viscerally feel the range of experiences that have been coursing through these artists during this time of fighting for Black people. This has the potential to lead to greater empathic understanding and may encourage us all to identify with and take part in this human struggle for equality and respect.”

The concert will start at 7:30 p.m. in the Glauser School’s Ludwig Recital Hall at 1325 Theatre Drive in the Center for the Performing Arts on the Kent Campus. Parking is free.

Single tickets are $10 for adults and free for those 18 and under with a ticket reservation. Full-time Kent Campus undergraduate students can also reserve a free ticket using Arts Pass. Subscription packages are also available. Orders can be done in advance online, by phone or in-person through the Performing Arts Box Office. The Box Office is open Monday through Friday from noon to 5 p.m. in the Roe Green Lobby of the Center for the Performing Arts. Tickets will also be available at the door approximately one hour before the start of the performance. To learn more about purchasing tickets, visit www.kent.edu/music/buy-tickets.