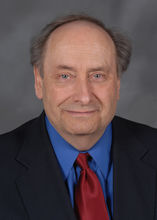 Kent State musicology professor Theodore Albrecht's article, "Two Contrabassoons and More," in Beethoven and the Congress of Vienna (1814/15), edited by Bernhard R. Appel and Julia Ronge (Bonn: Beethoven-Haus, 2016), has received a postive review by Hans-Joachim Hinrichsen of the University of Zuerich. It was part of a complete review in the Rheinische Vierteljahresblaetter (Rhenish Quarterly). An excerpt from the review is below.

In commenting about several articles utilizing "the most precise detail work," Hinrichsen continues: "Theodore Albrecht presents a comprehensive reconstruction of the personnel of Beethoven's concerts during the time of the Congress, in which he was able to identify 90% of them in detail. One significant result lies in the proof that the previously perceived difference between Symphony No. 7 and Symphony No. 8 (that the former is set for a large orchestra, and that the latter is more delicate and like chamber music) must be set aside on the basis of historical evidence, because Beethoven was only too happy to take advantage of the circumstances and employ a gigantic ensemble for both works, an orchestra that would put the premiere of the Ninth Symphony, a decade later, into the shade."