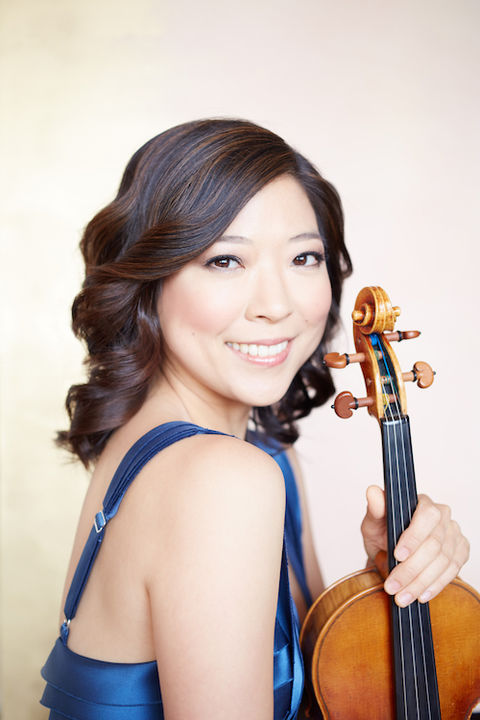 Violinist Amy Lee enjoys a varied performing and teaching career, equally at home in both orchestral and chamber music settings. Currently, Ms. Lee is the associate concertmaster of The Cleveland Orchestra, a post she has held since 2008. She is also an Artist-in-Residence at Kent State University in the Hugh A. Glauser School of Music. Ms. Lee spends her summers as a faculty member at the Kent Blossom Music Festival in Kent, Ohio and performs at various festivals, including the Marlboro Music Festival in Vermont.

An active chamber musician, Amy Lee is a member of several ensembles including the Omni Quartet, Ensemble HD and Kent State’s Verve Chamber Players. Founded with fellow members of The Cleveland Orchestra, Alicia Koelz, Joanna Patterson Zakany, and Tanya Ell, the Omni Quartet performs regularly throughout Northeast Ohio with their Philadelphia Chamber Music Society debut during the 2018-19 season. Innovative and forward-thinking, Ensemble HD seeks to connect with a broad audience by performing at bars around the region and in concert halls. Their recently released album is entitled “Live at the Happy Dog.” Members include Ms. Lee, Joshua Smith, Frank Rosenwein, Tina Dahl, Joanna Patterson Zakany, and Charles Bernard.  Ms. Lee was formerly a member of the Chamber Music Society of Lincoln Center Two program, participating in tours, a digital concert series and recordings, and educational outreach.

As a soloist, Ms. Lee has appeared with orchestra’s world-wide, making her debut with The Philadelphia Orchestra at 15 with a reappearance in 2000. During her tenure with The Cleveland Orchestra, she performed as soloist four times in Stravinsky’s Violin Concerto, Luigi Dallapiccola’s “Tartiniana,” Franz Waxman’s “Carmen Fantasy,” and, most recently, Barber’s Violin Concerto. She has also performed with the Santa Fe Pro Musica Chamber Orchestra, the National Gallery Orchestra, and Germany’s Baden-Baden Philharmonic, among others.