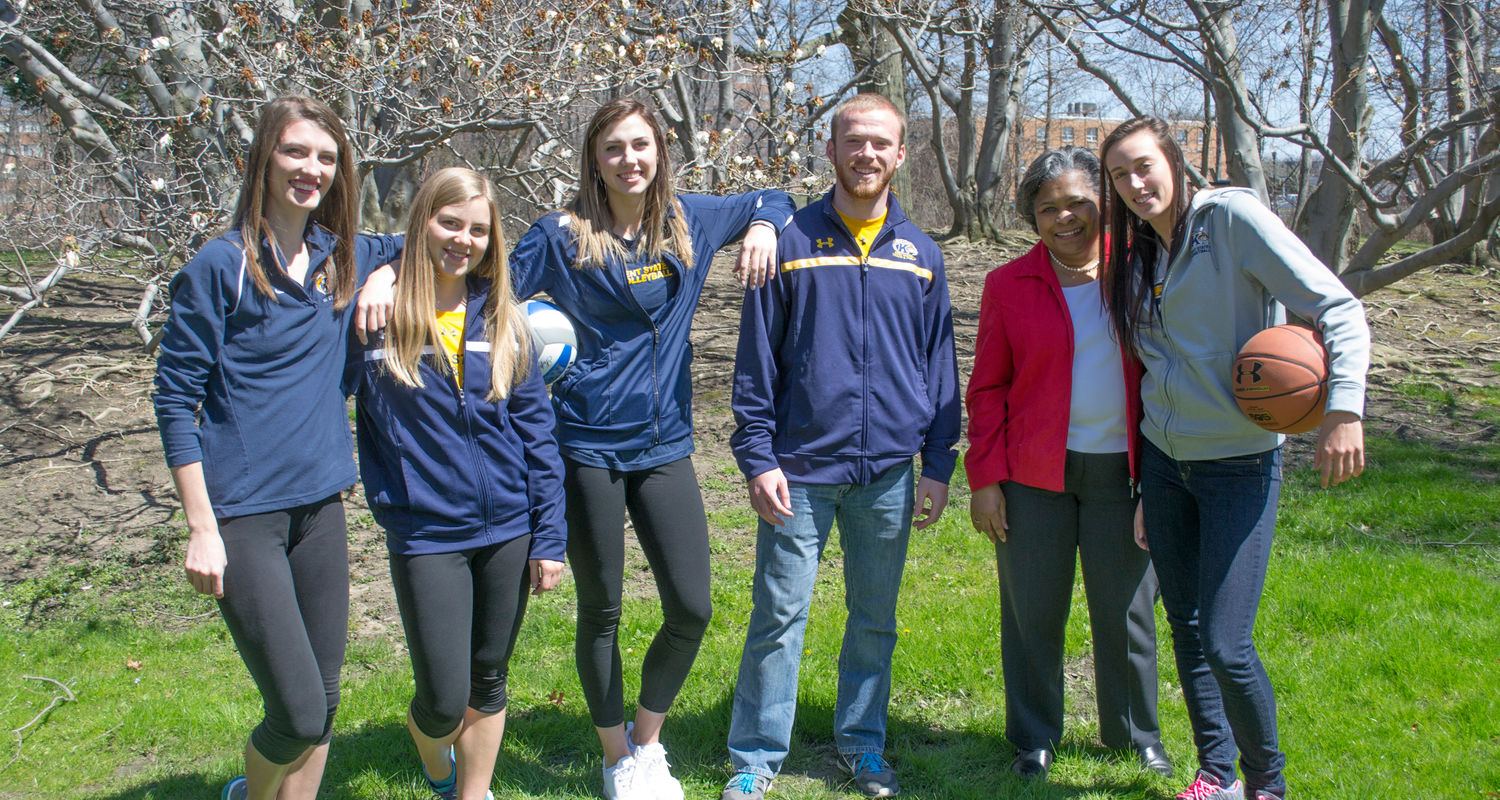 Kent State College of Nursing student athletes were honored at the Judith K. Devine Athletic Academic Honors Dinner and Starner Distinguished Speaker Series on Sunday, April 24, 2016, in the Kent State Student Center Ballroom. The 16 students, one freshman, five sophomores, four juniors and six seniors, were recognized for performing at a high level in the classroom and on the field.

“Competing in Division I athletics is taxing, both on the body and mind. This year, 260 student-athletes were honored for excelling both academically and athletically,” said Joel Nielsen, Kent State athletic director. “The athletic department GPA reached a record high of 3.24 cumulative GPA at the end of fall 2015. This figure represents the hard work and dedication of our student-athletes and staff members who support them.”

Morgan Bing, a sophomore on the Cross Country/Track and Field team, was one of those honored at the dinner. When asked about the challenges she has had to overcome as a nursing student-athlete, Bing mentioned she works daily to avoid becoming overwhelmed.

“I try and work ahead on anything I can,” Bing said. “I plan out what I want to get done each night and each week. I have to compartmentalize everything and sometimes I have to remind myself to stop, breathe and take it one day at a time.”

Larissa Lurken, a junior nursing student with a minor in sociology, is a member of the women’s basketball team. She participates in team workouts 10 out of 12 months of the year, logging roughly 8-30 hours of basketball-related activities per week.

“I have had to stay organized and manage my study time with my basketball obligations,” Lurken said. “Going to my professors’ office hours to ask questions about assignments or upcoming exams helps a lot, as well as studying on road trips.”

“I was afraid I wouldn’t be able to handle it,” Bing said. “But here I am two years later and I cannot imagine being in any other major or not being on the cross country/track and field team.”