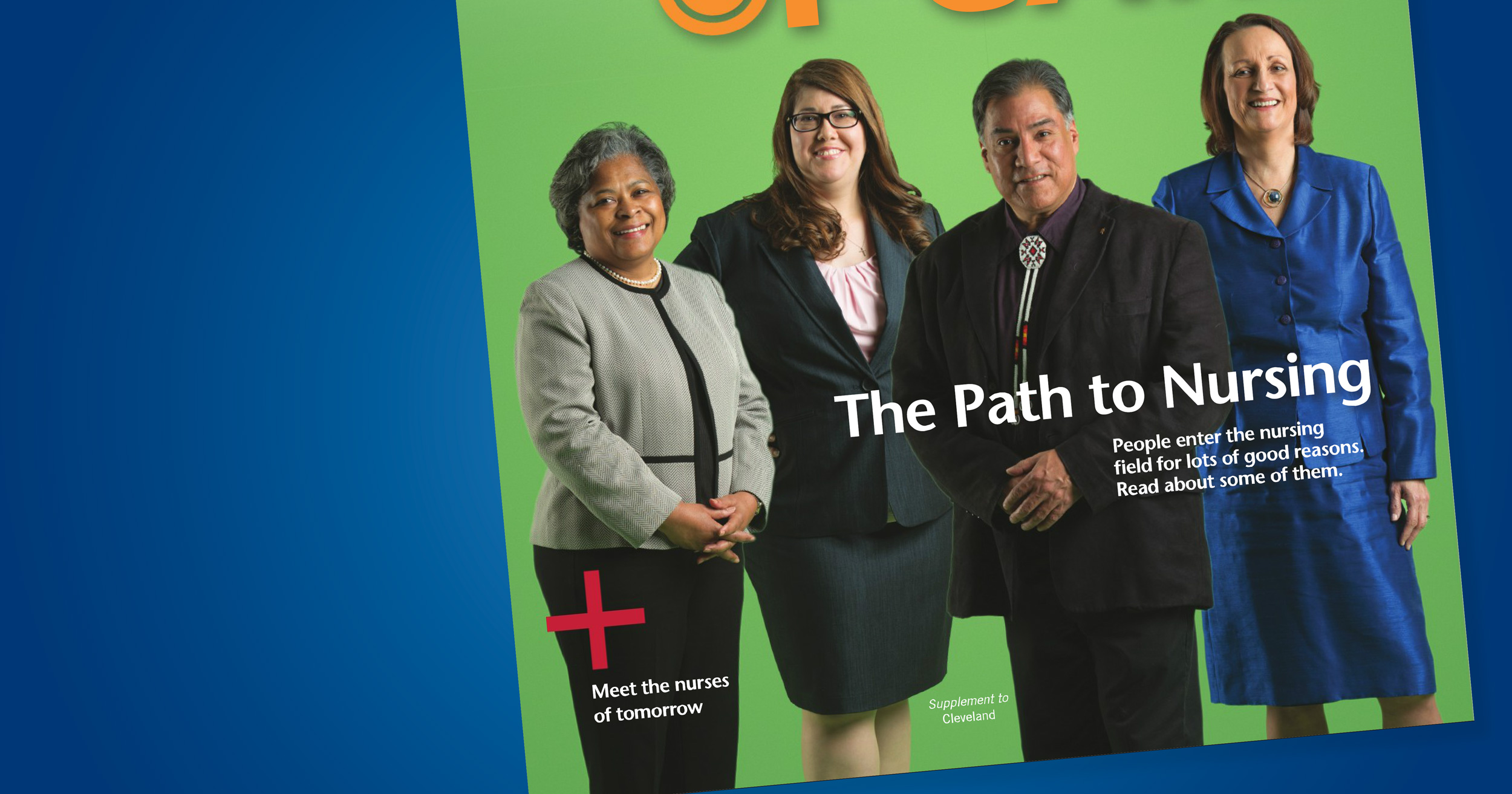 Barbara Broome, Ph.D., RN, FAAN, dean of Kent State College of Nursing, joined an elite group of healthcare professionals featured in the 2016 “Faces of Care,” a Greater Cleveland Nurses Association (GCNA) supplement to Cleveland Magazine. Faces of Care honors area nurses who have made significant contributions to the community. By sharing these individuals’ experiences and thoughts, the GCNA hopes to inspire the nursing community.

Each year, the GCNA Board of Directors selects a theme that celebrates nurses and asks its members to suggest individuals who embody the theme. The theme for 2016 is “The Path to Nursing.” After discussion and careful consideration, several area nurses were selected to be featured in the supplement.

Dean Broome, a two-time alumna of Kent State College of Nursing, entered academia in 1991 as an assistant professor at Kent State‘s Trumbull campus. In 1999, Broome accepted a position at the University of South Alabama as the chair of community health, and by 2008, was the department’s chair and associate dean, as well as a full professor. She returned to Kent State in March 2014 to begin her current role as dean.