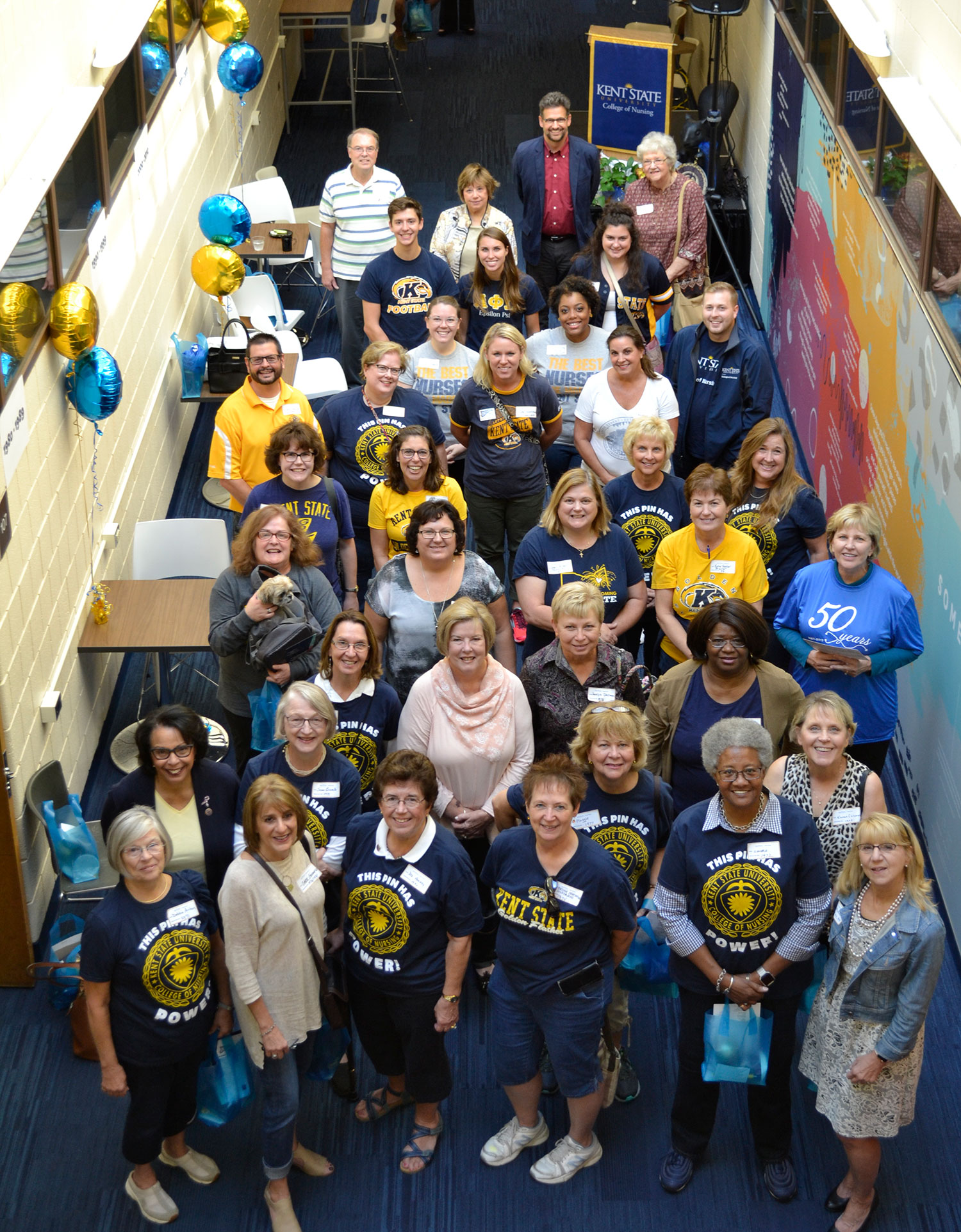 Kent State University College of Nursing had a strong presence at this year’s homecoming festivities. Alumni, students, and faculty walked in the 2017 Homecoming parade and celebrated at a “Nursing 50 Years Strong” reception in Henderson Hall.

Participants from nursing proudly sported “This Pin Has Power” t-shirts in the homecoming parade. Members of Students for Professional Nursing (SPN) acted out a code" on the college's float, while Diana Paskey, a member of the first graduating class (1971), waved to the crowd of paradegoers from the truck's cab.

After the parade, Homecoming guests convened at Henderson Hall for a special “Nursing 50 Years Strong” reception in celebration of the college's 50th anniversary. Laughter and happy greetings could be heard throughout Henderson Hall as former classmates, including six members of the first graduating class, reunited for the first time in years. Attendees enjoyed picnic fare, a fun photo spot, and reminisced while delighting in class composites and historical photos that were projected in the auditorium and hallway monitor.

“During the entire 50 years of its existence, the reputation of Kent State University College of Nursing has consistently been exemplary,” said Dean Gosnell. “Each of us who have been associated with the college, in whatever manner, be it student, alumni, faculty, staff member, or friend, can take pride in the consistently excellent accomplishments of the first 50 years.” 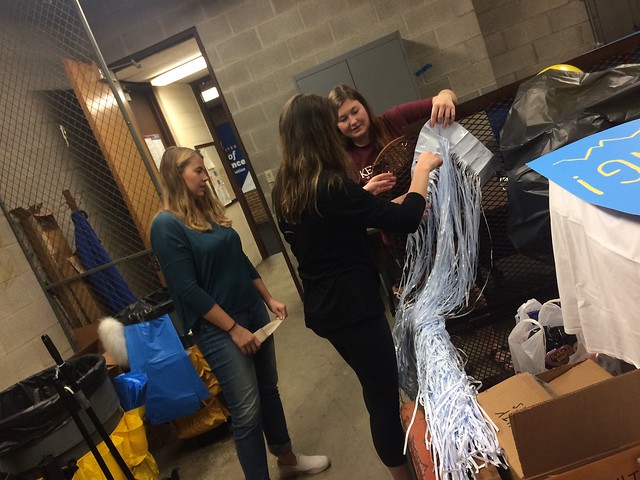