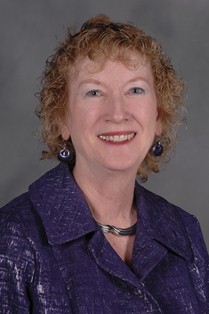 “It’s very exciting to be chosen to be inducted into the American Academy of Nursing,” said Doheny, who lives in Strongsville, Ohio. “It has been a goal I’ve had, so it’s nice to be recognized by my peers.”

“The academy itself is dedicated to serving the community and getting nursing knowledge out to the public,” Doheny said.

In order to apply to be a fellow of the academy, one has to be a member of the American Nursing Association. Doheny is a member of the Ohio Nursing Association. She also has been recognized for her research and leadership by the Delta Xi chapter of Sigma Theta Tau, an international nursing organization, Daughters of American Revolution and the National Association of Orthopedic Nurses. In her application, Doheny included contributions that she made to the nursing and healthcare community, which included osteoporosis prevention.

Doheny’s area of research is osteoporosis. Doheny has received numerous grants and has completed numerous publications and presentations based on her osteoporosis research.

Doheny is one of the first, nationally recognized nursing researchers to do research on bone health in men. She has been doing research for 20 years, and is most appreciative of the support from Kent State’s College of Nursing, she said.

As a member of the American Academy of Nursing, Doheny is expected to be an active member and contribute her time and energy as a leader in the nursing community. Doheny says she hopes to shape health policy related to osteoporosis and provide evidence to people to recognize that osteoporosis is a problem not only in the aging population, but is considered a pediatric disease that can be prevented.

For more information about the American Academy of Nursing, visit www.aannet.org.