Barbara Broome, Ph.D, RN, FAAN, Will Become the New Dean of the College of Nursing

Barbara Broome, Ph.D., RN, FAAN, has been named Kent State University’s new dean of its College of Nursing. Broome currently serves as associate dean, professor and chair of the Community-Mental Health Department at the University of South Alabama College of Nursing. The announcement was made by Todd Diacon, Kent State’s senior vice president for academic affairs and provost. 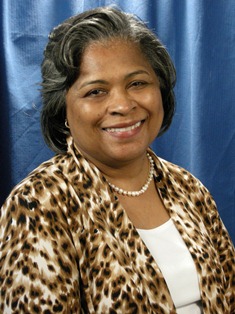 Broome, who received both her Bachelor of Science in Nursing and Master of Science in Nursing from Kent State, returns to her alma mater to begin serving as its College of Nursing dean on March 17, 2014. Broome succeeds Susan Stocker, Ph.D., who has served as interim dean since Aug. 1, 2013. Stocker held the interim position while she maintained her duties as dean of Kent State University at Ashtabula and a search for a permanent dean was conducted. Stocker will return to her position as dean of Kent State Ashtabula.

“We are exceptionally fortunate to have someone with Barbara Broome’s talent and experience joining our team,” Diacon said. “As an administrator in one of the nation’s five largest nursing programs at the University of South Alabama, Barbara well understands the needs of Kent State’s nursing program, which is the second largest in Ohio. In short, we are thrilled to welcome Dean Broome back to Ohio.”

Broome said she is honored to return to the Kent State family.

“As a graduate of Kent State’s College of Nursing, I know firsthand the exceptional quality of education,” Broome said. “The faculty members are outstanding and are committed to student learning. I have traveled extensively, and it seems I always meet a proud Kent State graduate.

“The regional campus system impacts so many people,” she continued. “I began my education at Kent State Trumbull, and well, the rest is history. The Kent community is more exciting and dynamic than ever before. I am truly excited to return to Kent State and to make a difference.”

Broome has been with the University of South Alabama since 1999, first serving as an assistant professor in its College of Nursing and then later as assistant dean, associate dean, associate professor and ultimately as associate dean and professor. After receiving a master’s from Kent State, Broome served as an assistant professor of nursing, as well as a recruiter, advisor and mentor to nursing students at the university’s Kent and Trumbull campuses. She received her Ph.D. in nursing from the University of Pittsburgh.

Her research and areas of interest include mental health, adult health, women’s health, and minority issues and aging issues in urinary incontinence in men and women. She is the developer of the Broome Pelvic Muscle Self-Efficacy Scale, which has been translated into several languages and has been used in national and international studies. Broome has written numerous chapters in books and journal articles on topics such as bullying, incontinence, aging and mentoring. She is a reviewer for several journals and is a co-editor for many national journals and international journal. She also has secured funding in excess of $2.5 million for mental health education, elderly health screening and continence care.

She has received several honors and awards, including the University of South Alabama’s Faculty Senate 50 Outstanding Faculty Member Award and the university’s 50 Outstanding Research, Scholarly and Creative Accomplishments Award, both received in May 2013. Broome also was the invited commencement speaker at Kent State University at Trumbull in May 2011, and she received the Distinguished Alumni Award from Kent State’s College of Nursing in 2000.