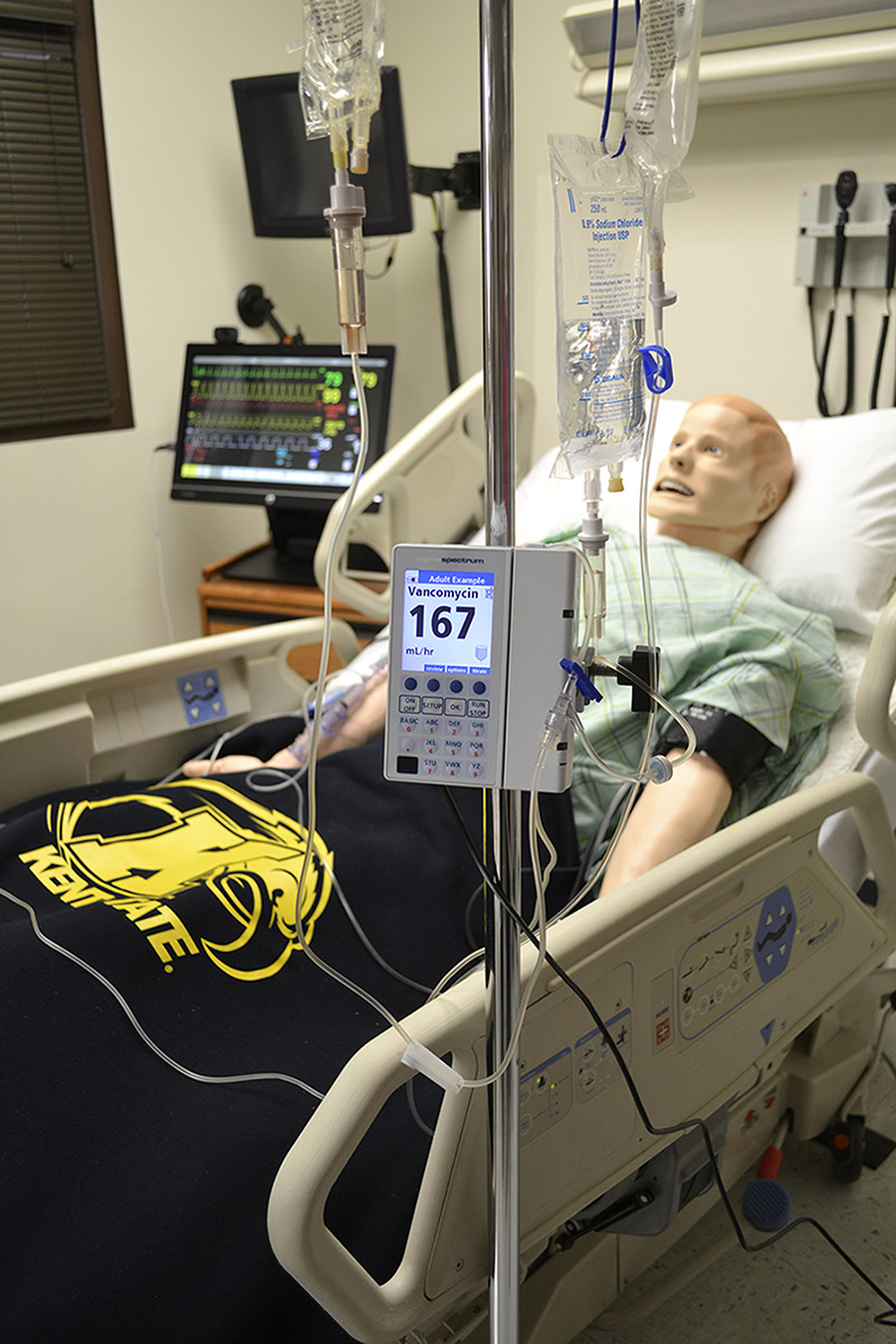 Hospitals around the country are implementing smart-pump IV technology to help prevent medication errors which claim the lives of some 400,000 people each year according to a study in the Journal of Patient Safety. With funding from a $14,000 grant, students at Kent State University’s College of Nursing will have the opportunity to practice and learn with these state-of-the-art devices in The Olga A. Mural Simulation Lab on the Kent Campus.

The simulation lab recently purchased four Sigma Spectrum Infusion Pumps. These computerized devices control and monitor the dose and delivery rates of high-risk IV fluids and medications that have narrow safety margins. Each pump features wireless technology and an extensive onboard drug library which also reduces the likelihood of errors. Many area hospitals are using or have recently implemented the same or similar model of smart-pumps.

“Students will now have the opportunity to practice and integrate the additional resources that smart-pump technology is capable of delivering,” said Jennifer Shanholtzer, MSN, RN, lecturer and simulation lab coordinator at the college. “They will use the devices in a safe environment, thus reducing learning time and errors when they progress to actual healthcare settings.”

Every undergraduate nursing course with a clinical component uses the simulation lab as a teaching resource to prepare students for real-life healthcare settings. With over 1,400 student visits to the simulation lab each semester, expanded simulation experiences allow Kent State nursing students to experience very realistic settings and situations similar to those they may encounter in nursing practice, before and concurrently with their clinical practicum courses. Research opportunities for faculty and graduate students will also be expanded with the smart-pump technology. Funding for the grant was provided by the KSU Foundation board of directors.

About The Olga A. Mural Simulation Lab

Of the seven high-fidelity manikins, two are 3G manikins; the highest-fidelity available. These manikins deliver high-quality simulation experiences with accurate lung sounds, automatic drug recognition, simulation of bleeding, secretions from the eyes, ears, nose and mouth, and the capability for the instructor to simulate the patient’s voice.

The Olga A. Mural Simulation Lab has two simulation bays, each with four simulation spaces. Strategic manipulation of space allows facilitators to create different healthcare environments for students such as an at-home setting for a hospice patient, a doctor’s office or hospital room.

Photo Caption:
A smart-pump IV is shown giving a dose of high-risk IV medication to a 3G manikin in the Olga A. Mural Simulation Lab in Henderson Hall at Kent State University.