Students will work as interns at Akron Children’s Hospital as part of the ASCEND program, which focuses on traditionally underrepresented groups in the nursing profession 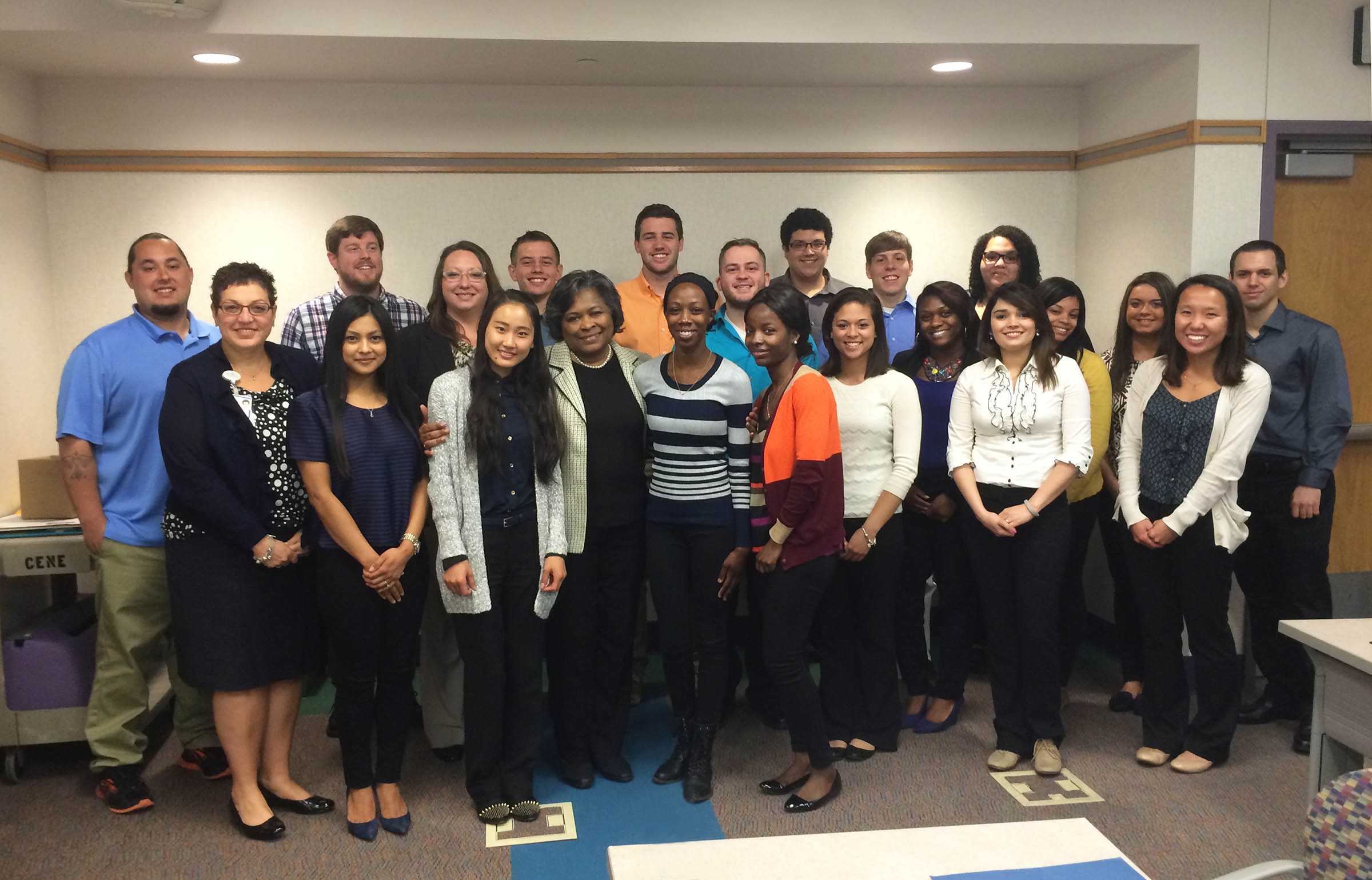 This summer, six students from Kent State University’s College of Nursing will work as full-time interns at Akron Children’s Hospital as part of the “Assuring Success with a Commitment to Enhance Nurse Diversity,” or ASCEND program. The ASCEND program, which is in its initial year, focuses on traditionally underrepresented groups in the nursing profession. Development of the program began two years ago as a way to increase diversity in the registered nursing (RN) workforce at Akron Children’s Hospital.

A total of 20 students from regional colleges and universities were selected for the program. Among the criteria for selection, students must have completed their junior year, be in good standing in an accredited Bachelor of Science in Nursing (BSN) program and have completed at least one clinical rotation in medical surgical nursing and pediatric nursing.

Kent State nursing juniors and seniors Brittany McIntyre, Christopher Lyons, Luke Sutton, Jiahui Wang, Jamie Burchett and Kimberly Armentrout will each work at the hospital 40 hours per week for 10 weeks and be paid a $5,000 stipend. During this time, they will receive hands-on training in professional development and nursing skills, with the potential opportunity for a future nursing position in a pediatric hospital setting. As students who complete the program graduate and nursing positions become available, the hospital hopes ASCEND interns will be interested in applying for these jobs.

ASCEND interns will work with a mentor on up to two different pediatric units for a total of 312 hours and perform nurse-related duties. Areas of career development such as professionalism, priority setting, teamwork, delegation, use of clinical practice policies, family-centered care delivery model, nursing- sensitive indicators, cultural competence, case study discussions, simulation opportunities, interviewing skills and résumé development make up the additional 88 hours of the program.

“This kind of clinical experience is such an advantage for our nursing students,” said Barbara Broome, dean of Kent State’s College of Nursing. “We greatly appreciate our partnership with Akron Children’s Hospital and the development of this much-needed program to help increase diversity in the nursing profession.”

About Kent State University’s College of Nursing
In existence for nearly 50 years, the College of Nursing at Kent State University is one of the largest and most comprehensive nursing programs in the nation. As part of Kent State’s eight-campus system, the college provides more than 2,000 nursing students courses of study at the baccalaureate, master’s and doctoral levels. To learn more about nursing programs at Kent State, please visit www.kent.edu/nursing.