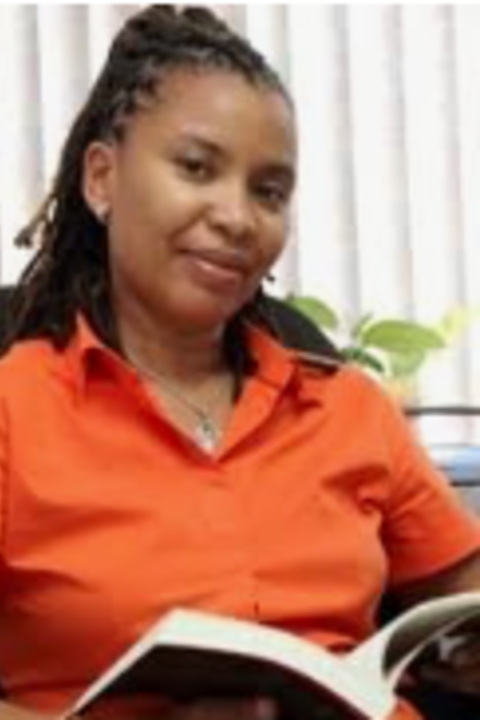 Dr Charmaine Crawford received her MA and PhD from the Graduate Program in Gender, Feminist and Women’s at York University in Toronto, Canada and her BA (Hons) in International Development and Political Science from the University of Guelph (Canada). She is currently an Associate Professor in the Department of Pan-African Studies at Kent State University. Dr Crawford taught at the Institute for Gender and Development Studies: Nita Barrow Unit at The University of the West Indies, Cave Hill Campus in Barbados for over a decade and she was head of department from 2012-2017.

As a feminist, educator and social justice advocate, she has fought for the rights of People of African Descent, women and LGBTQ persons in African/Caribbean diasporic communities. In the area of public policy and civil society participation, Dr Crawford’s contributions are noteworthy. Dr Crawford was the Project Coordinator of the African Canadian Coalition Against Racism (ACCAR) and she helped draft the African-Canadian response to the World Conference Against Racism held in Durban, South Africa in 2001. During her time working in the Caribbean, Dr Crawford sat on the committee commissioned by the Bureau of Gender Affairs in collaboration with UN Women that worked on the revisions to the Domestic Violence and Protection Orders Act of Barbados. This Act was amended and passed in 2016. From 2013-2016, she also served as the Chair of the National Gender Advisory Committee. The committee assisted with reviewing and making recommendations on the final draft of the National Gender Policy for Barbados. Dr Crawford has also helped to strengthen partnerships with key regional and international NGOs. She served as a committee member of the UN Women Civil Society Advisory Group; she was member of Caribbean Policy Development Centre (CPDC) Steering Committee for Domestics and Artisans (CSME) and she was one of the Gender Champions for SDGs, Goal 5: To Achieve Gender Equality and Empower All Women and Girls; and Dr Crawford also served on the Civil Society Committee for the Inter-American Development Bank (IDB).

As an academic, Dr Crawford’s research interests include gender and sexuality in the Caribbean, Caribbean women, migration and work, transnational motherhood, domestic workers, feminist pedagogy and post-colonial/queer/feminist theorizing. Some of her publications include “‘Contesting Maternal Right’: The Impact of Transnational Migration on Mother-Daughter Relationships” (2013); “Sexually Undone: A Review of Sex and Citizen Interrogating the Caribbean” (2014); co-authored, “Teaching Black Canada(s) Across Borders: Insights from the Caribbean and United States” (2016); and “Decolonizing Reproductive Labour: Caribbean Women, Migration and Domestic Work in the Global Economy (2018).