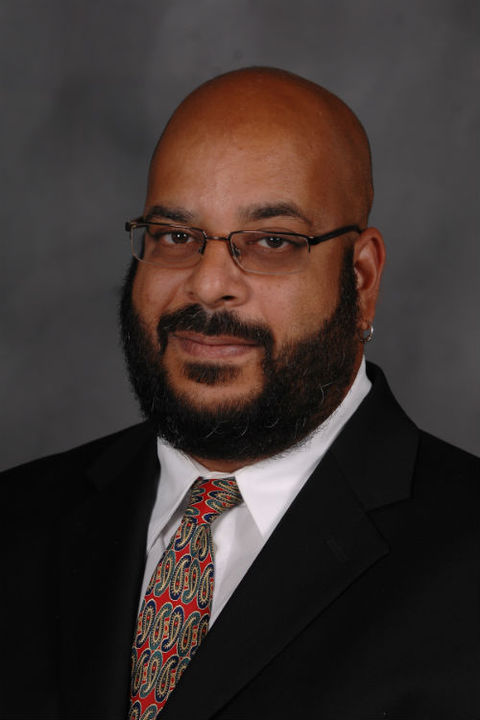 A native of Kent, Ohio, Mr. Syed graduated from Kent State University with a B.A. in English and Pan-African Studies in 1994, an M.Ed in Community Counseling in 2001 and a MFA in 2014.

As an undergraduate at Kent State, Mr. Syed was actively involved in numerous extracurricular activities, including Editor of Black United Students' biannual publication, Uhuru, and Middle East Chair of Progressive Students Network, as well as an active member of the May 4th Task Force. As a graduate student and after receiving his M.Ed., Mr. Syed extended his involvement in local community-based activism and community development through counseling in Cuyahoga, Summit and Portage Counties. Upon return to Kent State as a faculty member, Mr. Syed has continued local engagement as faculty adviser to the May 4th Task Force from 2010-present.

An accomplished ceramicist, Mr. Syed has shown his work both nationally and internationally. His work and studies have caused him to travel widely across Asia and India and, in 1996-1997, Mr Syed taught English both at Chosun University and at a private language institute in Gwang-ju, South Korea. In 2004, he was invited to, and participated in, an international ceramics conference/workshop in Aomori, Japan.

Because of his multiple interests in Pan-African Studies, his counseling practice, and his art, Mr. Syed's research interests are, accordingly, widely varied. He has published articles on topics ranging from literature to Buddhism, as well as Art and Pan-African Studies. He has also presented papers (on topics ranging from politics to popular music) at conferences in the United States and internationally.