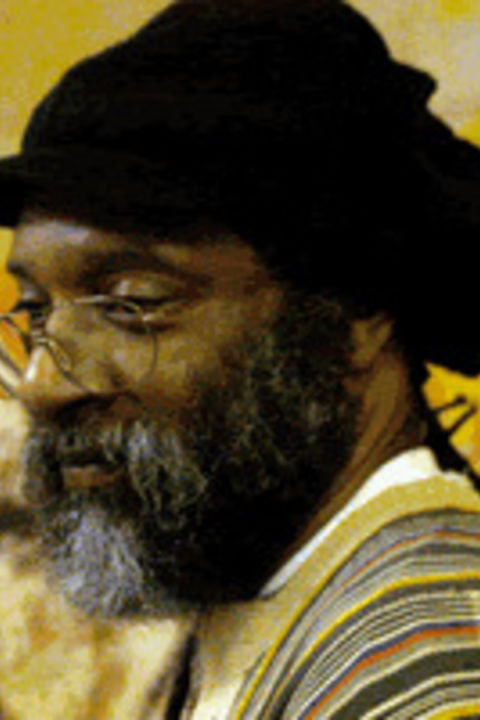 Professor Mwatabu Okantah is a graduate of Kent State University, receiving a BA degree in English and African Studies in 1976. He holds a Master's of Arts in Creative Writing from the City College of New York (1982). Currently, Professor Okantah is an Assistant Professor and Poet-in-Residence in the Department of Pan-African Studies. He also serves as Director of the Center of Pan-African Culture.

A highly recognized poet and motivational speaker, Prof. Okantah has appeared in various locations throughout the USA and West Africa. As a performer, he has worked in a variety of musical situations, including time as Griot for the Iroko African Drum & Dance Society and in an ongoing collaboration with the Cavani String Quartet. Currently, he is the leader of the Muntu Kuntu Energy Ensemble – a four-piece performance group.

Professor Okantah has received many honors and recognition for his many talents, including selection to the 5th Edition of Who's Who Among Teachers in America, inclusion in the International Who's Who in Poetry and selection in Outstanding Writers of the 20th Century by the International Biographical Centre. In 1994, he served as a 'special guest' guide for Sankofa Tours in Senegal and Ghana. In 1988, he was named a Rotary International Group Study Exchange Fellow in Nigeria. Prof. Okantah has also taught at Union College, The Livingston College of Rutgers University, Cleveland State University and Lakeland Community College.

Afreeka Brass (1983), Collage (1984), Legacy: for Martin and Malcolm (1987) and Cheikh Anta Diop: Poem for the Living (1997), published as a limited trilingual edition in English, French and Wolof. His work has been anthologized in Why L. A. Happened (1993), Soul Looks Back In Wonder (1994), The Second Set Vol. 2 (1996), Warpland (1999), Journey to TimBookTu (2001), and Beyond the Frontier: African-American Poetry for the 21st Century (2002). Prof. Okantah's recent work is posted online at TimBookTu.com and at Africaresource.com – click 'Voices' to navigate to the information.  Prof. Okantah's current work is Reconnecting Memories: Dreams No Longer Deferred (2004), published by Africa World Press.