I am perhaps most proud of the progress made in my ongoing efforts to take students to Memphis, Tennessee, to help restore Zion Christian Cemetery, a historically significant but long neglected African American cemetery.

I first discovered this 16-acre cemetery in 2001 when I accompanied an Honors thesis advisee to Memphis where she filmed various sites for a short documentary on Ida B. Wells, a black newspaperwoman whose anti-lynching campaign was inspired by the 1892 murder of three businessmen buried there. The next year, after connecting with individuals in Memphis who have tried to inspire clean-up efforts, I began taking student volunteers there every semester to work in the cemetery. One white student, after her first trip to Memphis, was inspired to write down her thoughts: 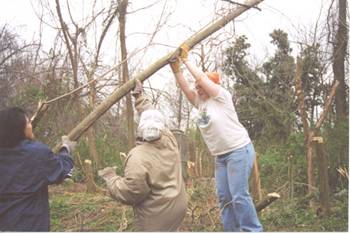 Walking through the overgrown brush and overturned headstones of generations of families who, by no merit except skin color, have been forgotten was a depressing and eye-opening experience. It made me question a lot of my own assumptions and challenge a lot of the “facts” I’d previously been taught. . . . After having been to Memphis to clean up the cemetery, the task seemed an even more overwhelming project. It also made me want to tackle it even more. It took some time for me, a recovering perfectionist, to realize that I may not be able to see the project through to completion but that every little bit helps. . . . As I walked away from the cemetery, I could feel the work I had put in the past two days begin to creep into my muscles. It had never felt so good to be in pain.

By the time this young woman graduated in December, she had been to Memphis with me seven times, and she even brought her mother once. 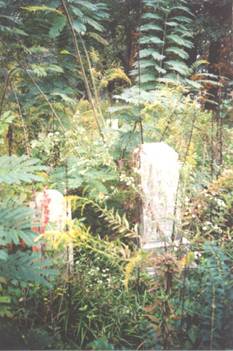 The class called “Recovering the Past: Kent to Memphis” was inspired by the positive experiences of students on these trips. My proposal for the new course included the following:

The purpose of this course is to help students see connections between the past and the present, as well as how the individual can have an impact not just on his or her local community but also on national and global levels. We will begin with a focus on local history, specifically history dealing with race in America from the middle of the nineteenth century to the turn of the twentieth. The first three weeks will focus on John Brown and will include a visit to his Akron home and other local sites, as well as a two-day trip to Harper’s Ferry, West Virginia, where Brown attacked the Federal Arsenal in 1859, and Charles Town, where we will visit the courtroom where he was tried and the site of his hanging.

For the next few weeks, we will investigate Frederick Loudin, whose parents were the first blacks to settle in Portage County in the 1820s. In the 1870s Loudin joined and later led the famed Fisk Jubilee Singers, credited today with introducing the world to African American music, on a six-year world tour in order to help finance Fisk College, a historically black college founded in Nashville, Tennessee immediately after the Civil War. We will visit the Portage County Historical Society in Ravenna, which owns a wealth of material on Loudin and his family, including a scrapbook from the world tour. We will also look at the house (now privately owned), which Loudin built in Ravenna in the 1890s, as well as visit the family plot in Maple Grove Cemetery.

We will then spend the weeks before spring break on the increased racism in America toward the turn of the twentieth century and specifically Ida B. Wells’ national anti-lynching campaign, which she began in the wake of the 1892 lynchings of three African American businessmen in Memphis. 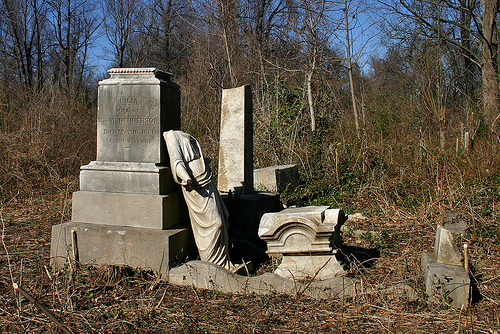 During spring break, students will travel first to Fisk University in Nashville to see Jubilee Hall, built in the 1870s from the choir’s proceeds; then we will spend four days in Memphis, in part working to restore the black cemetery where the three lynching victims were buried but also visiting relevant sites such as the National Civil Rights Museum and the Ida B. Wells Museum in Holly Springs, Mississippi, where Wells was born and raised. After spring break, students will do presentations on potential projects in their own communities.

I hope it is clear that I consider it very important for students to see that what they learn in the classroom has real-world implications, and that holds, perhaps especially, for the cemetery project, too. Over the years we have established relationships with individuals and organizations in Memphis too numerous to list here, but the following are representative examples: 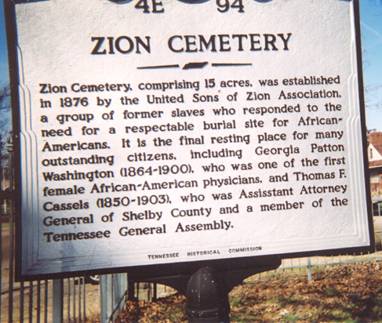 More and more Memphis communities are getting involved in the clean-up, from church groups to Boy Scouts to medical students at the University of Tennessee, and we’ve now cleared over five acres. I just got $9000 in grant money from The Community Foundation of Greater Memphis for power tools and publicity. One Kent State student has begun mapping headstones using GPS. Once the growth is cleared, we intend to landscape and restore the gravestones. (My colleague at Rhodes College is working on a grant to provide funding for workshops on such restoration.) It seems that this effort has taken on a life of its own.

And, of course, the cemetery provides myriad opportunities for research. A few years ago, one student found two gravestones with Union Army insignia. She called me this past fall to report that while she was in Washington D.C. last summer, she visited the Library of Congress where she discovered that these two former slaves had joined the Union Army as boys (ages 11 and 15) when its troops came through the area; they traveled with these forces through Mississippi and Louisiana, where they witnessed some important battles, and when both died early in the twentieth century, their widows applied for veterans’ benefits.

After last year’s trip, two students, one black and one white, wrote the following in their final essays: 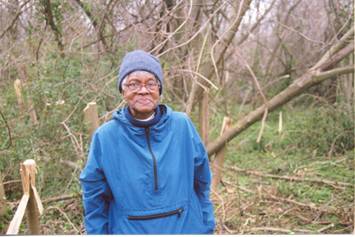 Ms. Estelle Bland: The great-niece of Ida B. Wells, this 82-year-old woman fascinates students with her stories and her ability to work alongside them. 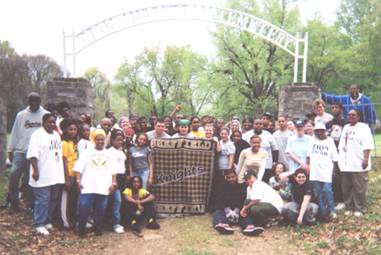 Sheffield High School: Ms. Margie Williams, a history teacher at this predominantly black Memphis school, always brings a group of students to work with us.