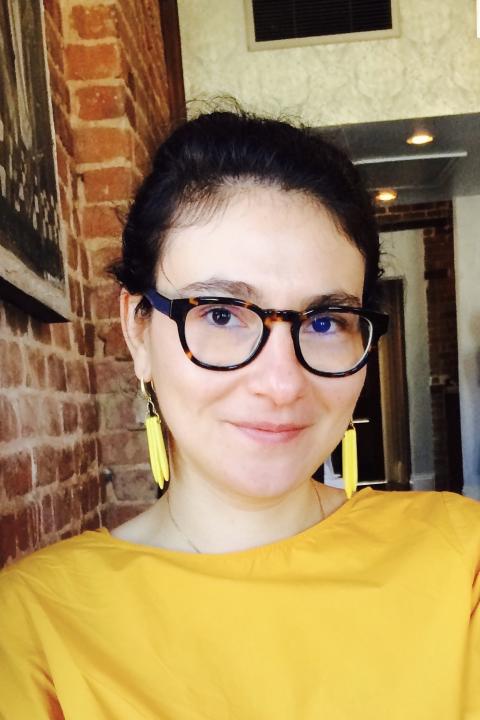 Andreea Smaranda Aldea is Assistant Professor of Philosophy at Kent State University. Prior to joining the department in 2017, she was Postdoctoral Mellon Research Fellow in Philosophy at Dartmouth College, Leslie Center for the Humanities (2012–2014) and Lecturer in Philosophy and Women’s, Gender, and Sexuality Studies (2014–2017) at Dartmouth College. She earned her Ph.D. at Emory University with a dissertation on the methodological role of the imagination in Husserlian phenomenology.

Her research interests include phenomenology (especially issues surrounding phenomenological methods, possibility constitution, experiences of difference, political phenomenology as well as distinctive forms of consciousness such as imagination, perception, memory, and expectation), critical philosophy, feminist philosophy, and phenomenological psychopathology (focusing specifically on anomalous forms of imagination in schizophrenia spectrum disorders). She is the co-editor of a special issue of Continental Philosophy Review, co-edited with Amy Allen, entitled "The Historical A Priori in Husserl and Foucault" and a special issue of Husserl Studies, co-edited with Julia Jansen, entitled "Imagination in Husserlian Phenomenology: Variations and Modalities." Her book Phenomenology as Critique: Why Method Matters (co-edited with David Carr and Sara Heinämaa) came out with Routledge in March 2022.

Professor Aldea is currently working on two book projects: a monograph that offers, drawing on rich phenomenological resources, multifaceted analyses of the imagination in order to explicate its role in experiencing difference and the otherwise. The project seeks to make available powerful critical tools for studying oppressive, exclusionary, and marginalizing practices in registers such as race, ethnicity, gender, and sexuality. The book also contends that social critique in all forms depends on the imagination and that phenomenology offers exceptional resources for studying the imagination.

Building on her extensive research on phenomenological methods, Professor Aldea is also working on a book project which interprets the methodology of transcendental phenomenology as radical-immanent critique – a critique able to uncover the necessary structures of meaning constitution through analyses of the normalized, sedimented, and discursive layers of experience. To make this case, she performs a rigorous examination of phenomenological methods, including, innovatively, their historical and normative dimensions, and argues that phenomenology can offer resources that are critical in distinctive ways precisely in virtue of its methods’ commitments.

During the 2019-2020 academic year, Professor Aldea held appointments as Fulbright Finland Research Scholar and Kone Foundation Finland Senior Research Scholar for her project Transcendental Phenomenology as Critique – Limits, Possibilities, and Beyond. She was also Visiting Researcher with the MEPA (Marginalization and Experience: Phenomenological Analyses of Normality and Abnormality) Academy of Finland project. As part of her ongoing collaboration with colleagues from University of Jyväskylä and University of Helsinki as well as her grant-funded work by the Kone Foundation Finland, she co-organized (October 2020) an international conference entitled "Phenomenology: From Method to Critique." She is currently expanding these collaborative endeavors with a focus on political phenomenology.

Her articles & book chapters include: