Dr. Anthony Silvidi, Professor Emeritus of Physics, leaves his mark on the department and the University. 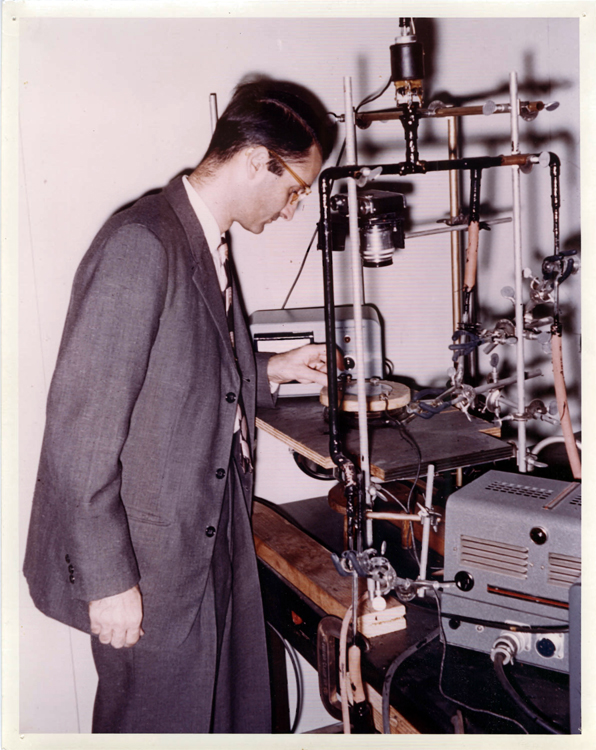 Dr. Anthony Silvidi, Professor Emeritus of Physics, left his mark on the department and the University.  He was a member of the faculty for 40 years from 1952-1982 and continued to teach after retirement until 1992.  Tony, along with former Vice President for Research and Graduate Studies J.W. McGrath, was the first Kent State University Professor to receive external funding from the newly formed National Science Foundation.  Their research was internationally known in the field of nuclear magnetic resonance.  Several physics faculty were attracted to Kent because of this research program and it formed a basis for the graduate program in physics.

Current Department Chair Dr. Jim Gleeson credits Dr. Silvidi and his contemporaries with laying the groundwork for what is today, a very successful and thriving department.  "When I arrived at Kent in 1952, there were two professors," Dr. Silvidi once recalled.  "We really needed to grow at both the undergraduate and graduate levels."  Dr. Silvidi also helped design the building where the Physics department currently resides.

In 2010, Dr. Silvidi generously established the Dr. Anthony A. and Lillian E. Endowed Scholarship in Physics.  When asked why he chose to establish the scholarship, Dr. Silvidi stated, "Having spent 40 years of my life earning a living at this institution, I feel it is my moral duty to help the University in any way I can.  My four children all graduated from Kent State and my financial support of the University is a 'pay back' for the wonderful education they received."

Dr. Silvidi died on April 18, 2011 but his legacy at Kent State will continue as future generations of students benefit from his foresight and his generosity.