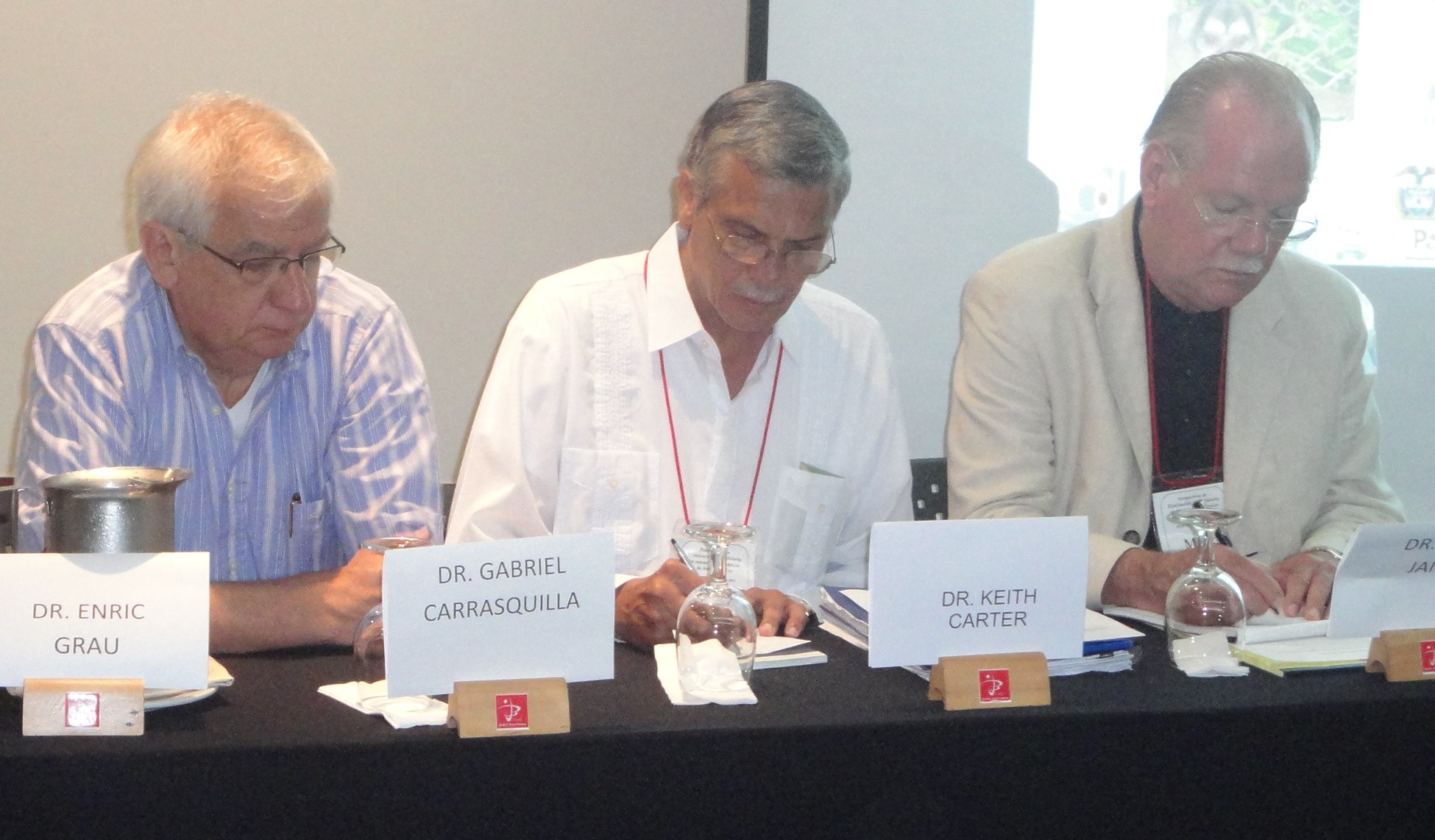 Professor Mark A. James, executive director of global health programs for the college, spent an influential and productive week in Colombia recently, representing Kent State and the National Institutes of Health (NIH).  As chair of the scientific advisory group (SAG) for the NIH-supported International Center of Excellence for Malaria Research, James visited Cali, Tumaco and Medellin from May 28-June 4, meeting with numerous experts from the academic, scientific and medical communities, as well as representatives from the media and citizens of the regions in which he traveled.

In addition to holding an annual business meeting, SAG members visited neighborhoods in Tumaco, an endemic area, where they observed mosquito breeding sites, saw demonstrations of mosquito trapping inside and outside of houses and visited malaria surveillance facilities.  Center of Excellence representatives from Guatemala, Panama and Peru were present, along with SAG members from Colombia and the United States.  James conducted several media interviews in Tumaco, providing his assessment of the international impact of malaria research in Colombia.

Following the SAG meeting, James participated in a two-day symposium regarding prospects for the elimination of malaria in non-Amazonia regions.  Speakers included malaria control authorities from throughout Colombia, as well as members of the international scientific community.  The Colombian minister of health was present and expressed gratitude for the international community’s supportive efforts to help control and eliminate malaria.  James also met with representatives of the Program for the Study and Control of Tropical Diseases (PECET), an interdisciplinary group focused on the design, development and evaluation of strategies for the prevention and control of tropical disease in Colombia and Latin America.  In addition, he provided assistance and advice regarding human subject research to the ethics committees affiliated with the Malaria Vaccine and Drug Development Center and the Imbanaco Medical Center in Cali.  James also explored internship opportunities for Kent State students, discussed partnerships with local universities and met with potential candidates for doctoral study.

“I’m proud to say that we’re increasing the international profile of the College of Public Health and Kent State,” says James.  “My presence in Colombia as chair of the SAG on malaria research was recognized by our NIH, specifically the National Institute of Allergy and Infectious Diseases, along with the Pan American Health Organization and the Colombian scientific and academic communities,” he explains.  “This has already led to further discussions on future international internship, practicum and dissertation opportunities for our students,” he continues.  “What’s more, this serves to emphasize the importance of cross-border cooperation in addressing major global public health problems such as malaria,” James concludes.