Logging hundreds of appointments over the past 18 months with students at all levels,William J. Franks, BS ’69, and Matthew A. Stefanak III, retired health commissioners from Stark and Mahoning counties – now the college’s public health career ambassadors – are providing invaluable guidance to students and opening doors.

“Students are seeking quite a variety of help,” Franks explains.  “Freshmen new to the program want to know what type of job opportunities will be available.  Sophomores and juniors ask where they can get internships.  Seniors are interested in job openings, resume advice and job search counseling.  Students get enthused about our services, once they hear about them, and come in to talk about how to make themselves more marketable,” Franks says.

“Fortunately, we’re seeing more and more undergraduates early in their academic careers,” observes Stefanak.  “The college’s advising staff is eager to have freshman who’ve declared a public health major come in and talk to us so they can start building a portfolio of academic and practical learning achievements.  The coursework they’ve completed and the experiences they’ve had in shadowing public health practitioners, doing internships and working in relevant summer jobs all goes into this portfolio, making for a more viable job candidate,” Stefanak says.  “Starting to think about what to do with a degree when a junior or senior isn’t good planning,” he cautions.

Stefanak has been most impressed with “those students focused on learning about the broader world of global public health.”  He’s enjoyed “encouraging adventurous students” to follow in his footsteps by joining the Peace Corps or considering internships and fellowships for students and recent graduates at the Centers for Disease Control & Prevention.

Franks gives credits to the public health community statewide in helping make the ambassador duties easier.  “They still pretty much remember us from our workdays, and we keep in touch,” he says.  “People are really nice to our students out there.  Many in our field remember doing internships and are determined to make it a good experience for our students.  I see this as continuously evolving, with eventually the students we are placing now being in a position to take interns,” he observes.

Max Krieger, a health services administration junior, met Franks when the ambassador gave a presentation in Krieger’s First Year Experience class.  “Mr. Franks set me up with Tim Ingram, the health commissioner at Hamilton County Public Health, and over winter break, I did a week of job shadowing there.  Looking at the different departments and seeing how everything functions in real life was an excellent educational opportunity,” Krieger says.  Franks later set up contacts in Krieger’s Cincinnati hometown that led to a summer internship with HealthSpan, provider of group health benefits management and related services and part of Catholic Health Partners. Krieger chiefly did database work, contacting physician offices to populate missing data, updating records and resolving issues.  “My experience with Mr. Franks taught me the importance of networking to someone starting out,” says Krieger.  “Just knowing a person and getting a foot in the door can go miles in building your resume and setting you up for a job down the road,” he observes.

Brianna Thome also benefited from Franks’ contacts at HealthSpan.  The health services administration junior switched majors to public health and sought help understanding “all that it has to offer,” she recalls, meeting with Franks several times.  “We then exchanged emails this summer about shadowing opportunities, and I landed at HealthSpan.  I spent a day with Belva Denmark Tibbs, vice president of ancillaries and service integration,from downtown Cleveland, and a second day at a medical center in Parma.  I got to see how it all comes together, what various jobs I could get after graduation and all I could do with my degree,” Thome says.  “Mr. Franks gave me a sense of direction.  He has knowledge and resources behind him and always knows who to contact,” says Thome.

Stefanak also works his contacts statewide to help students network with professionals in their home communities, like Thome and Krieger.  Maria Lewis, health services administration senior from Delaware, Ohio, spent the summer interning at Columbus Public Health.  “Mr. Stefanak encouraged me to apply for the position and gave me tips about the application process,” recalls Lewis, who competed against six Ohio State students for the post.  “He knew the health commissioner and other people who work there and recommended I get to know them while interning,” she says.  “He’s also guided me on what to do after the internship to beef up my resume, such as volunteering at a local health department throughout the year and taking advantage of nursing courses I’ve taken to help with flu vaccines around Christmas.  He’s been really helpful, reminding me that I have a great foot in the door and to keep it going,” she says.

During her internship, Lewis chiefly worked on rewriting all of the health department’s job descriptions, bringing them up to date and adding important detail.  This task exposed her to many different programs within the department, drew on what’s she’s learned academically, gave her research skills a workout and allowed her to add value.  “They told me I had the public health bug,” she jokes. Lewis also learned about the department’s surveillance of mumps and measles outbreaks and helped with Camp Public Health, a week-long fun and interactive summer program for middle and high school students.

During Fall Semester 2014, Stefanak is on campus the first and fourth Wednesdays and Thursdays of the month in the afternoon.  He takes appointments on Wednesdays and walk-ins on Thursdays.  Franks’ hours for both fall and spring semesters are Thursdays from 10:00 a.m. to 4:00 p.m., and he welcomes walks-ins when not with a student having a scheduled appointment.  He also accommodates student schedules by meeting for coffee off campus during evenings and Saturdays.  Students may call Grace Battaglia-Hoffman at (330) 672-8763 to schedule an appointment with either ambassador.  Their offices are in 338 Lowry Hall. 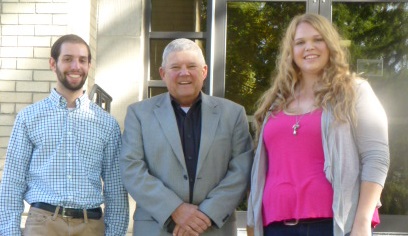 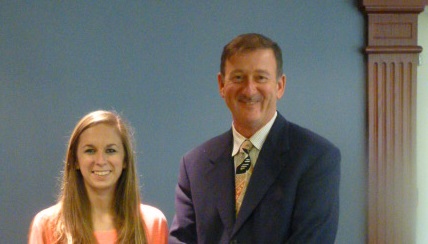 New CPH Alumni Group Being Formed
Now with nearly 400 alumni, the college is moving forward to strengthen ties with them by officially inaugurating an alumni group, just in time for ...
College of Public Health
Office of the Provost