In the fight against bacterial infections, antibiotics are on the front lines, and a new Kent State University professor is working on research that could one day make them better soldiers.

"There is a big issue of antibiotic resistance," said chemistry professor Sanjaya Abeysirigunawardena. "Several antibiotic-resistant (tuberculosis) strains have been found in Bangladesh, and that is a major concern in the health industry these days. We need to find new antibiotics and novel targets to overcome this issue."

To begin this new attack on bacterial pathogens, Abeysirigunawardena, who joined Kent State faculty in August 2015, has been studying RNA-protein interactions in the formation of ribosomes. 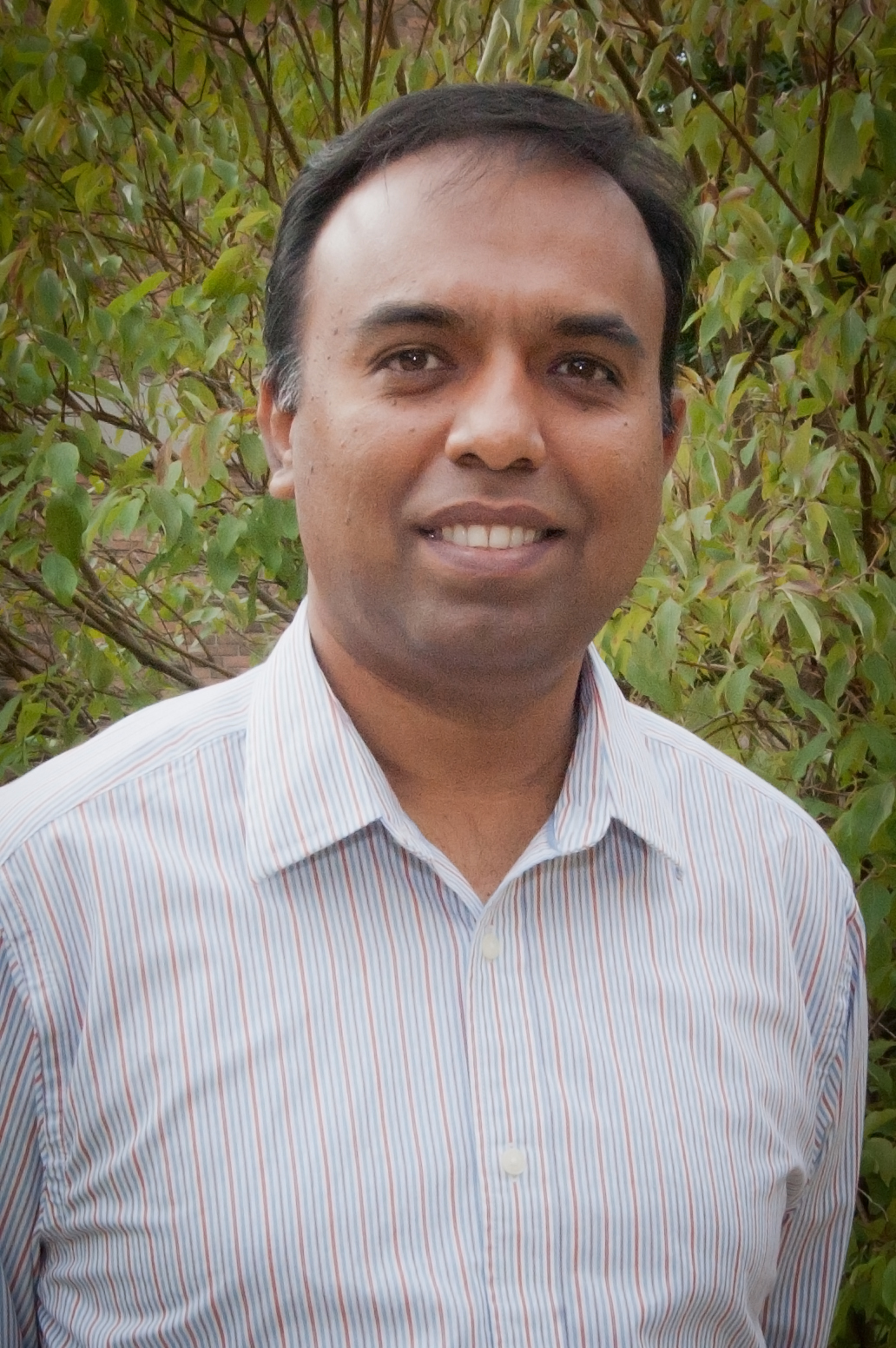 “The basic idea is to understand how proteins interact with RNA, because this is critical to the function of living cells,” he said. “My model system to studying this is the ribosome.”

Ribosomes are the giant molecular machines that produce proteins in cells. Long RNA (ribonucleic acid) chains interact with with proteins to generate ribosomes — a process vital to the survival of the cell.

Ribosomes are composed of three chains of RNA with close to 3000 nucleotides (individual RNA molecules), which interact with more than 50 proteins.“The way ribosomes are biosynthesized is similar to how a car is made on an assembly line” Abeysirigunawardena said. “The most important thing is that this giant molecular machine must perform.”

His research delves into how that assembly line works. He focuses on post-transcription modifications — changes in the RNA after it is made.

Abeysirigunawardena said introducing modified molecules into the RNA sequence will produce local structural stability changes in the RNA and is likely to influence RNA-protein interactions.

Out of approximately 3000 nucleotides, roughly 40 and 200 of them are modified in bacteria and humans respectively. He said there is an observed link between the ribosome modifications and antibiotic resistance, as well as ribosomal assembly.

Abeysirigunawardena said these biochemical approaches could lead to antibiotics that are better equipped to fight off dangerous infections from bacteria like E-coli and Tuberculosis.

Abeysirigunawardena comes from Sri Lanka, where he completed his undergraduate work at the University of Colombo, in his hometown of Colombo.

He came to the united States in 2003 to pursue his Ph.D at Wayne State University in Detroit, where he studied for five years. Following that, he was accepted to Johns Hopkins University where he spent six years on his post-doctoral research, before joining Kent State in the fall of 2015. He lives in Kent with his wife, Inoka Karunarathna, and their 6-year-old daughter, Senuri.


For more information on Kent State Research, contact Dan Pompili, at 330-672-0731 or dpompili@kent.edu