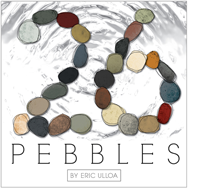 What happened to the people of Newtown, Conn., after the 2012 Sandy Hook Elementary School massacre after the rest of the world kept spinning and moved on? Months after the attack, Eric Ulloa held intimate interviews with members of the Newtown community and created a play that nods to Thornton Wilder’s Our Town. This docudrama is a weave of verbatim interview excerpts from many people of Newtown as they recount the ripples that were made in the aftermath of unthinkable tragedy and the resulting push forward towards healing in their community.

All events are open to the public.

Resource Tables in the Fine Arts Lobby
Kent State Stark is collaborating with Phoenix Rising, CommQuest, NAMI Stark County and Sandy Hook Promise, which will have representatives available during performances. The goal is to provide resources and spur healthy conversation about gun violence and prevention.

Spencer Morgan: Michael, Darren, Bill, Father Weiss
Spencer Morgan is a junior at Kent State Stark, and is majoring in middle childhood education, along with a minor in theatre performance. Spencer participated in many productions throughout high school, and had the chance to participate in two shows during the 2016-2017 season of the Little Theatre of Tuscarawas County; playing multiple parts in Shuddersome: Tales of Poe, Richard Stanley in The Man Who Came to Dinner; and Eliot in Consider the Oyster at Kent State Stark. Aside from theatre, Spencer enjoys reading, playing video games, and blasting Fleetwood Mac as he drives to and from the campus every day. He would like to thank the director for giving him this opportunity, and his family for supporting him every step of the way.

Emily Weiss: Georgia, Kat, Jennifer, Carrie
Emily is a recent graduate from Kent State University at Stark. As soon as she saw the shows for this season, she knew that she wanted to be a part of telling this story. Past credits include: Reasons To Be Happy (Carly), Silent Sky (Margaret Leavitt), being in the Player’s Guild Theatre’s A Christmas Carol (ensemble), The Bicentennial Project (multiple roles) and Blur (Assistant Stage Manager). She has also performed in multiple productions at GlenOak High School. The arts have always been a major aspect of her life and loves that she can continue to be a storyteller. Emily would like to thank her family and friends, as well as Brian (and the cast and crew), for all of their support, guidance and giving her the opportunities to help her do what she loves.

Eric Ulloa: Playwright
Eric is the author of the play, “26 Pebbles,” which had its world premiere at The Human Race Theatre Company. “26 Pebbles,” was featured in American Theatre Magazine and The New York Times and is currently scheduled for numerous productions throughout the country. Eric Ulloa is the book writer of “Passing Through: The Musical,” which was a part of the Johnny Mercer Writer’s Colony at Goodspeed Musicals in 2015 and 2016. Eric is also the book writer of “Molly Sweeney: A Musical,” based on the play by Brian Friel, which recently played the Bay Street Theatre Festival of New Works. On the other side of the footlights, Eric was in the Original Broadway Company of "On Your Feet! The Story of Gloria and Emilio Estefan."

Jessica Swank: Assistant Director/Dramaturg
Jessica Swank is a recent theatre production graduate at Kent State University. She has been involved in acting and technical work at the high school, community and professional level. She owns and operates Coercion Theatre, Inc. in Canton, and directed their debut show, The Maybe Pile, by Cleveland playwright Arwen Mitchell. Due to her interest and love of every facet of theatre she has found herself drawn to directing, and is building her resume to attend graduate school in the future. This resume consists of assistant directing at Kent State Stark and in Cleveland, a full production in Canton, and several staged readings in Cleveland. She looks forward to spreading her wings further. Some of her acting credits include Merv in Our House and Mom in Blur at Kent State Stark; Jessica in Merchant of Venice at Canton Player's Guild, Maria in West Side Story at GlenOak High School, Macduff/3rd Witch in Macbeth with the Bodwin Portable Theatre Company, Pace in The Trestle at Pope Lick Creek at Dobama Theater.

James McKeon: Composer and Musician
James is a music technology major at Kent State Stark. He has an extensive background in music performance and writing, as well as painting. James has performed in various bands since 5th grade, and has created original artwork all his life. He learned about scenic design through his first full theatre experience at Kent State Stark with Evil Dead: The Musical and again as scenic/lighting design assistant in Spring Awakening and Almost, Maine, and multimedia design assistant for The Bicentennial Project. He recently was a crew member for The Maiden's Prayer, Cat's-Paw, Our House, One Slight Hitch, Blur and These Shining Lives. James works as a theatre technician for the Kent State Stark Theatre Department.

Morgan Brown: Stage Manager
Morgan is currently a sophomore at Kent State Stark, with a major in theatre performance. She has been acting for most of her life, during which time she has had the privilege of playing a multitude of roles, including Oliver in Oliver!, The Ghost of Christmas Past in A Christmas Carol (Players Guild Theatre), Peter Pan in Peter Pan (GlenOak High School), Steph in Reasons To Be Happy, Henrietta in Silent Sky and Anne in Virtual Devotion at Kent State Stark. She was also the Assistant Stage Manager for Consider the Oyster at Kent State Stark.

Anthony Antoniades: Crew
Anthony Antoniades appeared in Huck Finn’s Story, Dating Is Tough To Do...And Funny, Too!, Plumfield, Iraq, Buried Child, Blur and These Shining Lives at Kent State Stark, where he also stage managed Songs for a New World and Evil Dead: The Musical, served as lighting design assistant for Anton in Show Business, sound design assistant in Silent Sky and served as crew for Reasons To Be Happy, Almost, Maine, The Bicentennial Project and What We're Up Against, Consider the Oyster and Virtual Devotion. He is a theatre major at Kent State.