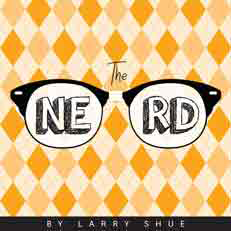 Set in Terre Haute, Indiana, in late 1979, “The Nerd”  centers around the hilarious dilemma of a young architect, Willum Cubbert, who is visited by Rick Steadman, a fellow ex-GI whom he has never met but saved his life after he was seriously wounded in Vietnam.

Willum is delighted when the ex-GI shows up unexpectedly at his apartment on the night of his 34th birthday party. However, Rick’s awkward manner and inappropriate behavior throw the occasion and Willum’s life into shambles.

Kent State University’s COVID-19 preventative and proactive actions call for the cancellation of all events for the remainder of the spring semester. We are following recommendations from state health authorities to limit large gatherings and practice physical distancing to slow transmission of the virus. We take these steps to ensure the health and safety of our patrons and to be proactive in an effort to prevent illness.