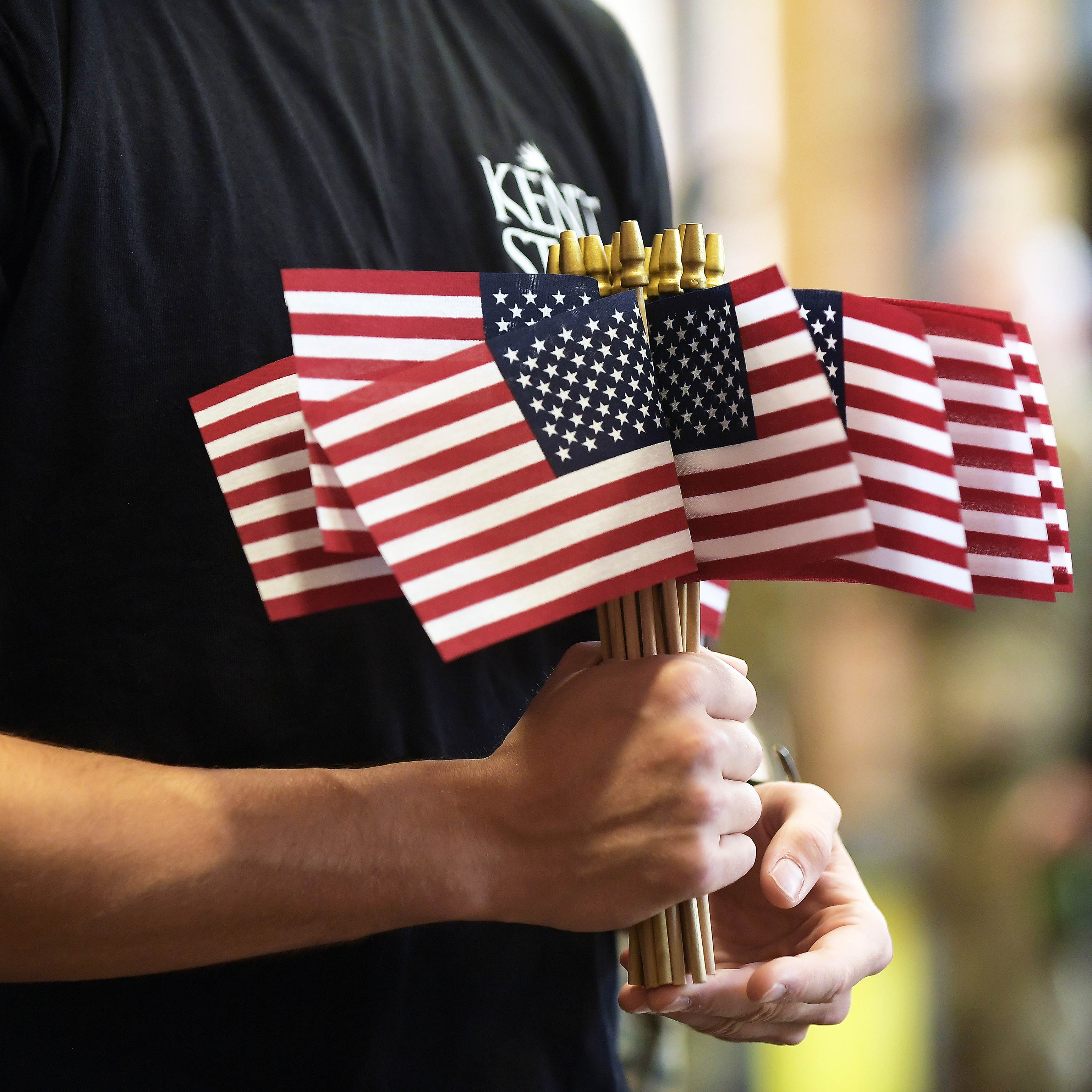 The program, Honoring All Who Serve, included a flag-raising ceremony conducted by a joint color guard from the university’s Army and Air Force ROTC programs on the Student Green at Risman Plaza at 10:30 a.m., the national anthem was performed by Momentum and remarks were given by Kent State President Beverly J. Warren and guest speaker Maj. Russell Galeti Jr.

Maj. Galeti graduated from Kent State in 2005 and has served more than 20 years in the Ohio Army National Guard. He serves as the civil-military partnerships officer in the U.S. Department of State in Washington, D.C.

“Kent State University’s annual Veterans Day Commemoration is an important event because it’s a single point in time for the university community to come together, acknowledge and reflect upon the service and sacrifices that have been made by members of the United States Armed Forces,” said Josh Rider, Veterans Day Commemoration committee chair and director of the Center for Adult and Veteran Services at Kent State.

All were invited to come and pay tribute to America’s veterans, especially Kent State faculty, staff, students and community members who are veterans, active service members, or who have family members in the military.

Learn more and watch the ceremony