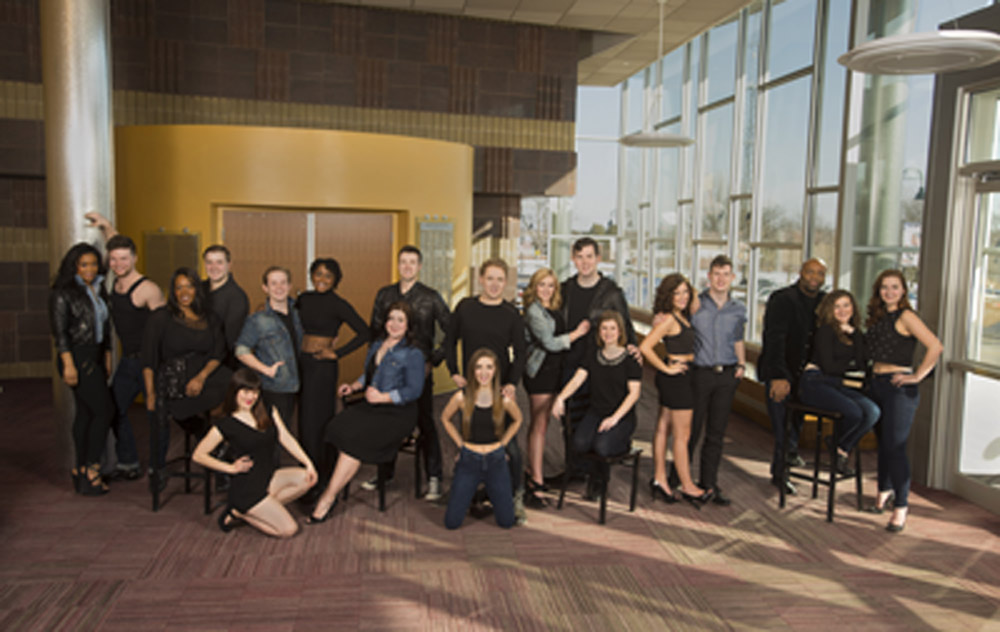 Kent State Showcases Talent in the Big Apple
When you think of New York City, you can’t help but think of the big stages, bright lights, Broadway and spectacular performances that take place in the city. Nineteen Kent State students will experience the city’s magic for themselves on March 24.

Musical Theatre seniors and graduate student will have a chance to perform in front of industry professionals in hopes of securing a career in the Big Apple.

Students have a choice in what they perform for showcase. Some may choose to sing, play piano or even recite a monologue on stage.

Roach created a Senior Showcase video to send to industry professionals before showcase begins. He met with the students over a span of two weeks to create a three-minute video that would grab the attention of agents, managers and casting directors alike.

“This video really gives producers and directors a preview of the students. We wanted to show the performers and Kent State as being an active, fun group while really showcasing their talent,” Roach said.

The vision for the showcase video was to show students in their role as a performer and in their role as a fun-loving, charismatic college student. Each member was featured for approximately seven seconds, but Roach ensured that each second was put to good use.

“Shane was a phenomenal director for this project,” Meagan Eishen, senior musical theatre major, said. “His fun-loving, carefree spirit was inspiring to us as we worked to create such an honest video of ourselves having fun and doing what we love to do most.”

Roach took b-roll shots of students rehearsing, hanging out as a group and performing in TeleProductions’ studio. By capturing the students in various settings, Roach was able to give industry professionals a glimpse of the students’ personalities both on and off stage.

“I am ecstatic about the quality of the video and every person featured in it is featured in the most beautiful way, playing to each individual’s strengths. It’s truly amazing,” Eishen said.

Roach used theatrical lighting and a variety of video over-lays to create such a powerful video in a concise amount of time. No student is actually heard performing, giving professionals a ‘teaser’ for what they will see on the big stage on March 24.

“[Shane] is patient, kind and he had a clear vision of how we wanted the end product to look. He gave us very clear instruction and we were all able to deliver,” Darryl Lewis, Graduate Teaching Assistant, said.