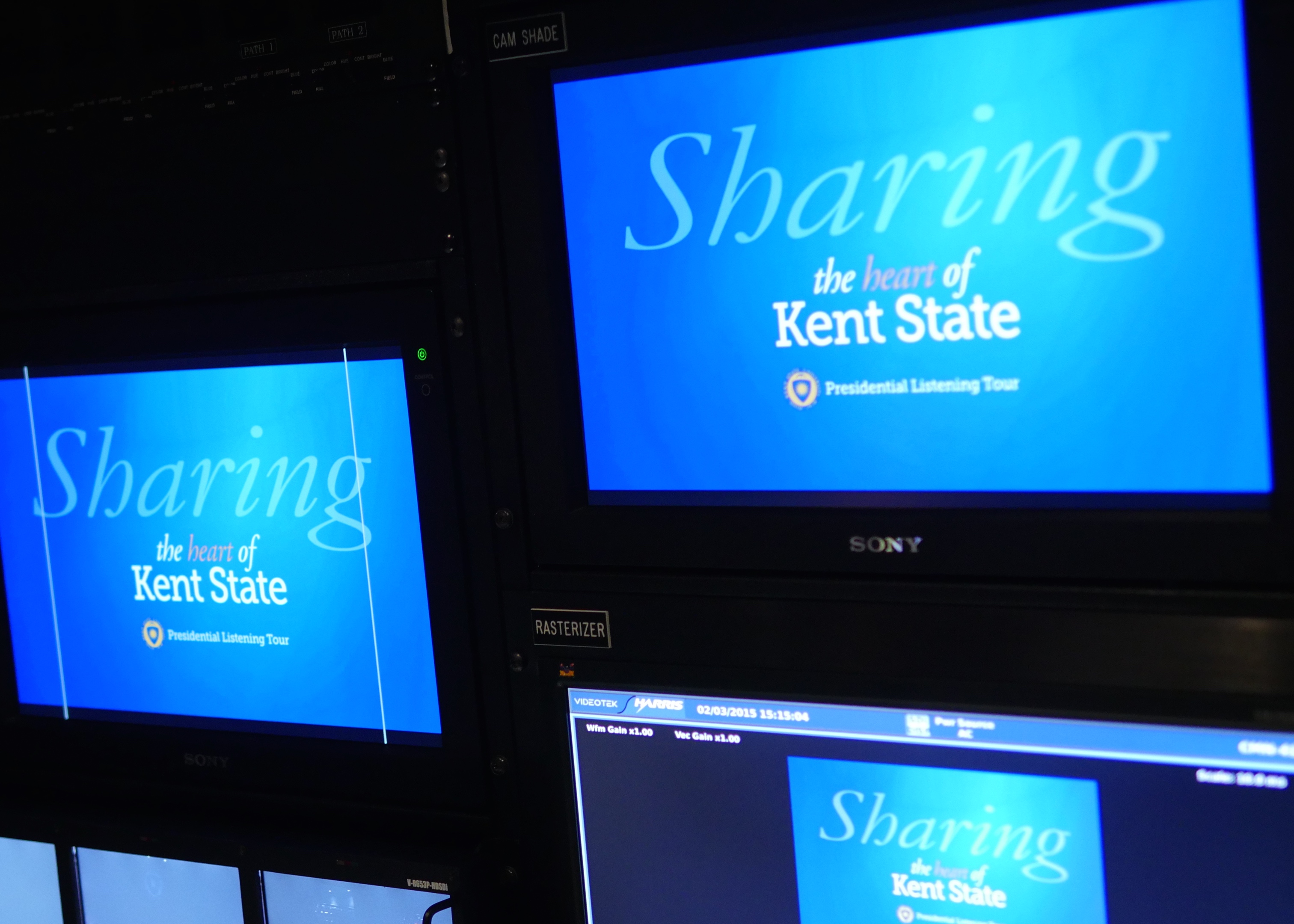 On Tuesday, Feb. 3 President Beverly Warren concluded her listening tour to announce her findings from her six-month journey. With more than 50 scheduled events at main and regional campuses, along with various cities across the nation, President Warren had lots to share during her “Sharing the Heart of Kent State” speech in Wright-Curtis Theatre.

Warren presented her findings to an audience of approximately 100 people. TeleProductions gave Warren the opportunity to make her audience even larger. With an online live-stream and stream to the KIVA, the speech was accessible to anyone, anywhere.

TeleProductions student crew worked both inside the theatre and in TeleProductions’ satellite truck. Students ensured the success of the stream to the KIVA, Internet and all regional campuses.

While the speech began at 3 p.m., TeleProductions student crews began their day at 10:30 a.m. All prompters, audio, video and technical equipment had to be set up and tested to ensure the event ran smoothly.

Up until the moment Warren walked to the podium, the student crew was making sure they had clear communication, all microphones worked, all graphics were ready to be displayed and that the presentation would go on without a hitch.

“Working events like this requires a lot of communication between students,” Mark Warzinski, Production Manager said. “Not only is each student at a separate camera, but we have students outside in the satellite truck, students working behind-the-scenes and students working with prompters, so the more they communicate – the more smoothly everything should operate.”