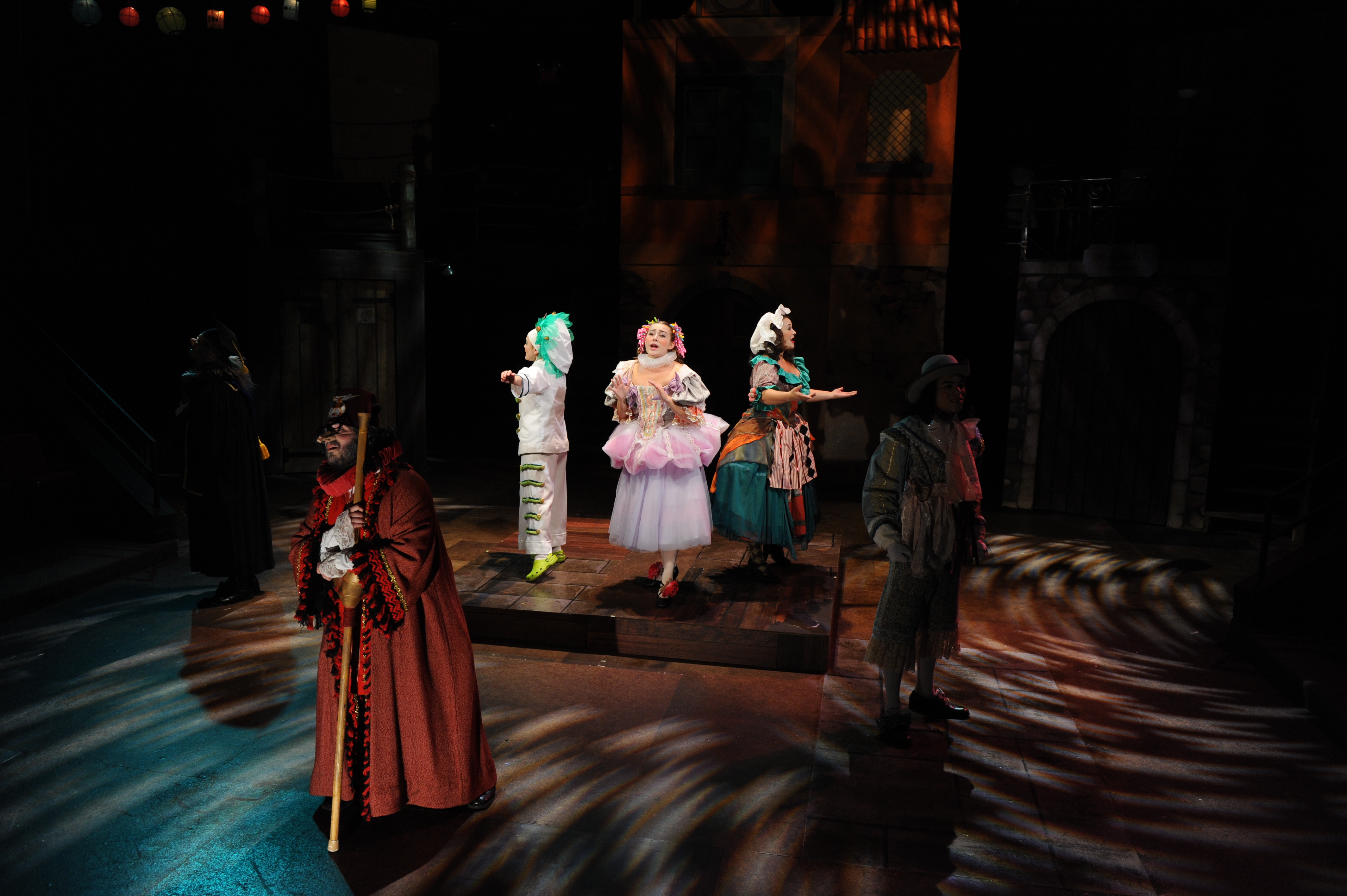 An exciting season comes to the School of Theatre and Dance

Kent, OH – The School of Theatre and Dance at Kent State University announces its 2016-2017 season, including a play based on a true story of remarkable courage, Shakespeare and Sondheim classics, and concerts highlighting faculty and student choreography.

The 2016-2017 season opens Sept. 25, 2016 with a special one-day-only concert presentation of “The Cradle Will Rock,” the School’s third consecutive collaboration with The Musical Theater Project. With music, book and lyrics by Marc Blitzstein and directed by professor Terri Kent, “The Cradle Will Rock” is a historically-rich musical that offers a resonant critique of inequality and corruption in 1937 ‘Steeltown, U.S.A.’

The season continues Oct. 14 – 23, 2016 with “Irena’s Vow” written by Dan Gordon and based on the life of Irene Gut Opdyke. Directed by assistant professor Amy Fritsche, this incredible true story demonstrates the gripping experience and heroic actions of a 19-year-old Polish woman during The Holocaust. Opening weekend of “Irena’s Vow” will feature special post-show discussions with Opdyke’s daughter, Jeannie Smith.

The School of Theatre and Dance will delve into the world of fairy tales Nov. 4 –13, 2016 with “Into the Woods,” directed by interim school director Eric van Baars. With music and lyrics by Stephen Sondheim and book by James Lapine, “Into the Woods” explores the consequences of choices and wishes once upon a time.

The diversity and versatility of faculty choreography will be celebrated during “Dance ’16: Elements in Motion” running Dec. 2 – 4, 2016. This annual dance concert is artistic directed by dance division coordinator Jeffrey Marc Rockland and features performances by dance majors and minors.

The season continues Feb. 24 – March 5, 2017 with “Kiss Me, Kate” directed by 14th annual Roe Green Visiting Guest Director Dennis Courtney. With music and lyrics by Cole Porter and book by Samuel and Bella Spewack, this classic musical reimagines Shakespeare’s “Taming of the Shrew” and shows that sometimes the events off-stage are just as dramatic as those on-stage.

Tickets for all School of Theatre and Dance productions are available through the Performing Arts Box Office located in the Roe Green Center lobby of the Center for the Performing Arts, by phone at 330-672-ARTS or online at www.kent.edu/theatredance. Tickets will go on sale September 12, 2016.

For more information on the School of Theatre and Dance’s 2016-2017 season, please visit www.kent.edu/theatredance