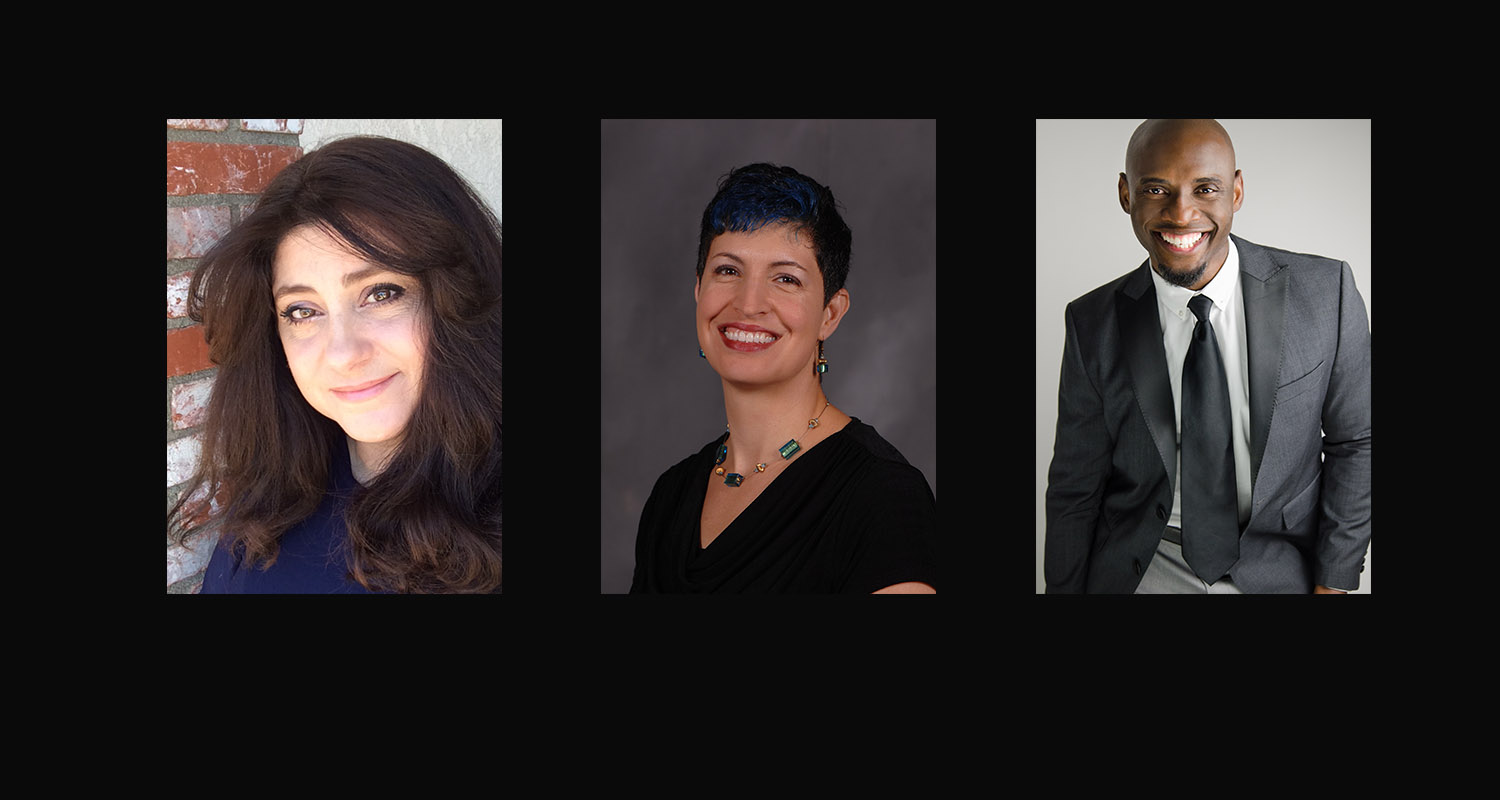 The School of Theatre and Dance is pleased to welcome three new faculty members to its faculty, filling positions in Costume Technology, Scenic Design, and Dance.

Kerry Jo Bauer joins the faculty as Assistant Professor of Costume Technology. Previously, Bauer was an adjunct faculty member with the School of Theatre and Dance as well as the school's cutter and draper. Bauer will also serve as an assistant professor in Kent State's School of Fashion Design and Merchandising.

A native of Portage County, OH, Bauer's love of sewing, crafts and apparel construction began at an early age and by the age of 18 she was designing and building costumes for Sea World in Aurora, OH. Bauer studied costume and fashion design at Kent State University, graduating with a B.F.A. She holds an M.F.A. in Costume Technology and Design from Ohio University.

In the field of costume and apparel construction, Bauer has worked for the Santa Fe Opera, Boulder Shakespeare Festival, and the Washington, D.C. Opera. Through her business Costumesbykerryjo.com,Bauer has worked extensively in the entertainment industry. Her talents in sewing and craft have been featured in multiple television commercials and infomercials and special effects shops such as Animal Makers and Creature Effects. Her work includes "The Year of the Dragon," "Year of the Horse," and "Year of the Snake" all at Bellagio Las Vegas, and projects for brands such as Pepsi, Vodafone, Samsung, Gorilla Glue, Target, Dole, Career Builders, Sprint, Nickelodeon, and Universal Studios.

A regional and national scenic designer, Honesty's work has appeared Off-Off Broadway in New York City, at Dayton's Human Race Theatre Company, and at educational institutions such as University of Cincinnati College-Conservatory of Music and the University of Illinois.

In addition to her work as a scenic designer, Honesty is also a talented scenic artist and has worked for River City Scenic and 3dx Scenic Studios as a project manager. Her scenic art has been featured across the globe on Royal Caribbean Cruise Lines, Princess Cruises, and Norwegian Cruise Lines and on display at various corporate theatre events including the Longaberger conventions.

Honesty is a member of the United States Institute for Theatre Technology (USITT) and has been a conference presenter at both the regional and national level. She has been actively involved as a member and officer in USITT's Ohio Valley Section since 2001 and is also an active member on the national level. Currently, she is entering her third year as Programming Coordinator for the annual conference that has over 350 sessions, receptions, and meetings.

Gregory King joins the faculty as Assistant Professor of Dance beginning in Fall 2016. A professional dancer, choreographer, educator and writer, King brings a prestigious record of training, performance and choreography to Kent State.

King began his dance training at the Washington Ballet (Washington, D.C.) and at American University. He holds an M.F.A. in Choreographic Practice and Theory from Southern Methodist University and is certified in Elementary Labanotation. He participated in the Horton Project in conjunction with the Library of Congress and trained at such notable institutions as The Dance Theatre of Harlem and The Alvin Ailey School.

King has taught master classes, lectures, and workshops at University of The Arts, Boston Ballet, Boston Conservatory, Boston University, Bowdoin College, Dallas Black Dance Theatre and Texas Ballet Theatre. He has served as a teaching artist in public schools in and around Dallas, resident guest artist at Temple University, assistant professor of dance at Dean College, and visiting assistant professor of Dance and Consortium on Faculty Diversity Fellow at Swarthmore College.

King also has multiple credits as a dance writer. His writings have appeared in The Dance Enthusiast, ThINKing Dance, The Philadelphia Dance Journal, and the Broad Street Review.

King is a member of Actors' Equity Association and is affiliated with the National Black Education Organization, the National Council on Black Studies, the International Association of Blacks in Dance, and the American Culture Association.