During the Fall 2020 semester, the School of Theatre and Dance welcomes playwright B.J. Tindal and musical theatre songwriter Joey Contreras as Roe Green Visiting Artists. As the School moves its Fall 2020 mainstage productions to a virtual format, Tindal and Contreras have spent the semester in "virtual residency" working with faculty staff and students to find innovative and creative ways to bring performance and design to life amidst a global pandemic.

Playwright B.J. Tindal is working in collaboration with associate professor Amy Fritsche and students to create the new work, "The Zoom Play That Has A Title," which will be broadcast Dec. 11-13 at 7:00 p.m. Admission to view the play is free, however RSVPs are required.

"The Zoom Play That Has A Title" is a timely and visceral look at our 2020 experience. The new play uses the concurrent pandemics of coronavirus and racial injustice to explore our actions and reactions within an environment dominated by quarantine, virtual learning, social media and cancel culture, overwhelming stress, and a reckoning on the subject of systemic racism.

More Information on The Zoom Play That Has A Title

Musical theatre songwriter Joey Contreras is working in in collaboration with associate professors Fabio Polanco and Jennifer Korecki on Contreras' new musical "In Pieces," which will be broadcast Dec. 18-20 at 7:00 p.m. Admission to view the musical is free, however RSVPs are required.

"In Pieces" is a contemporary musical about the unpredictable journey of our romantic lives. Set in modern day New York City, Joey Contreras' new musical explores how the many different pieces of our love lives align, differ, and interact.

More information on In Pieces

About the Roe Green Visiting Artists 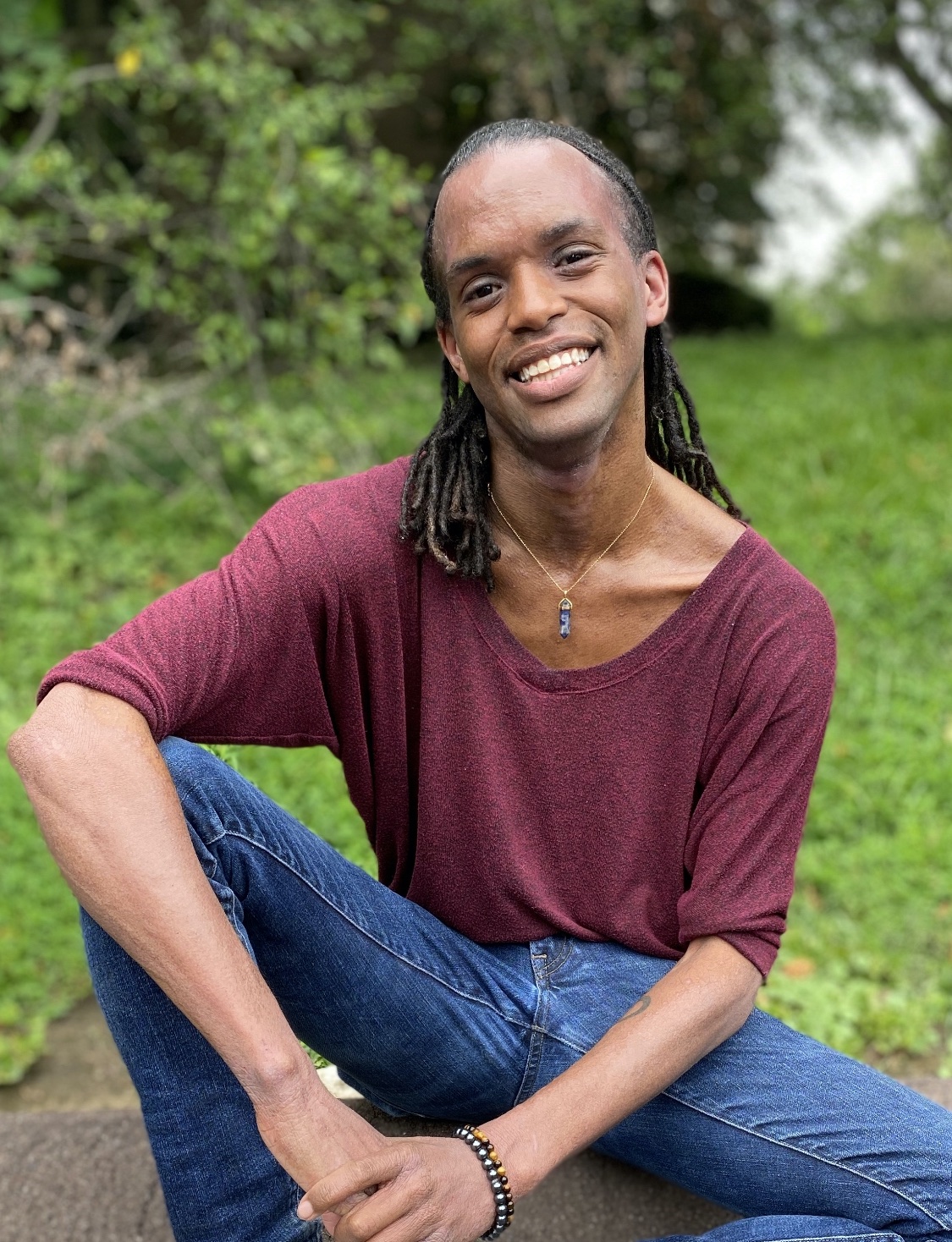 B.J. Tindal (they/them) is a Black queer playwright, teaching artist, and sour candy enthusiast. BJ spends their creative time writing plays, poetry, and lists on lists on lists. They recently moved back to their hometown of Philadelphia after completing their MFA in Writing for the Screen and Stage at Northwestern University. Since moving back to the city, BJ has been working with a number of organizations devoted to Arts-Education, including Philly Young Playwrights and After-School Activities Partnerships. BJ’s play Goodnight, Tyler received its world premiere in February 2019 at the Alliance Theater. Another play, What We Look Like, had its inaugural production at Oberlin College’s new Irene and Alan Wurtzel Theater also in February 2019. BJ is thrilled to be collaborating with students and professors at Kent State this Fall. 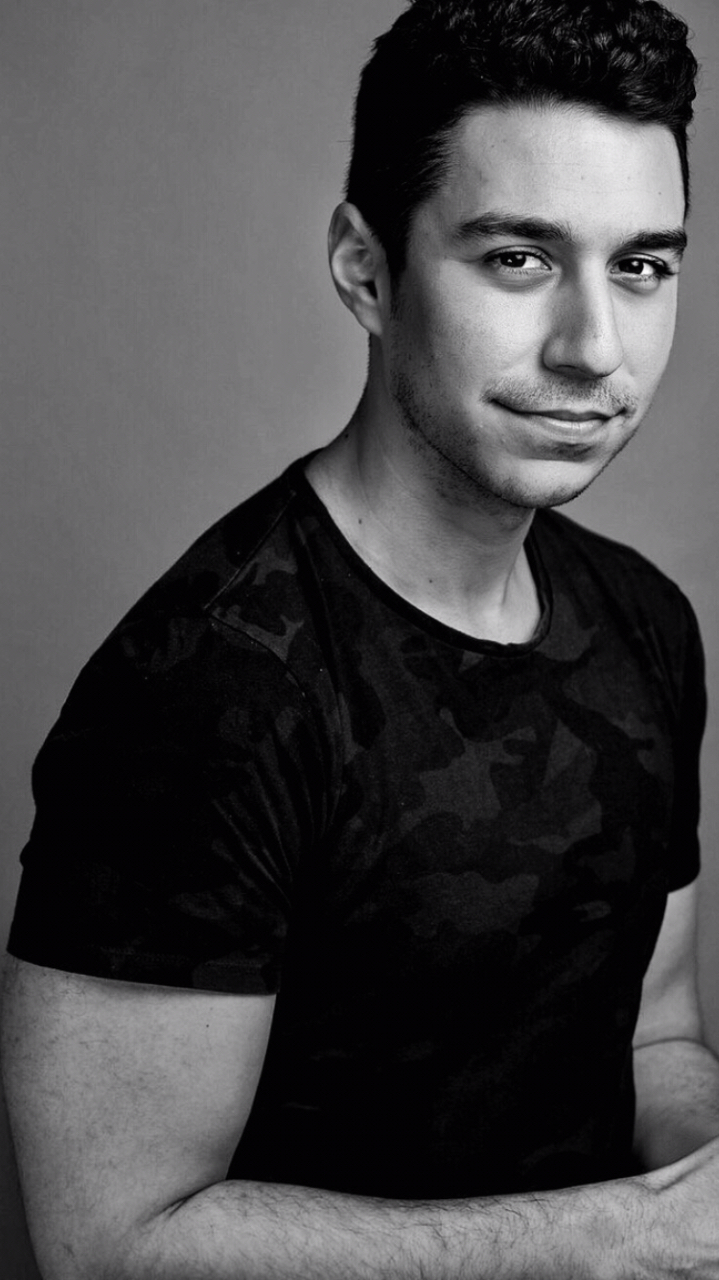 Joey Contreras is a musical theatre and pop songwriter originally from California. He is internationally known for his first album Love Me, Love Me Not, which featured an all-star lineup of Broadway talent including Jeremy Jordan, Lilli Cooper, Kyle Dean Massey and Katie Thompson. In 2014, his second and more pop-focused album, Young Kind of Love, immediately debuted in the iTunes Pop Charts. Out Magazine labeled the sophomore effort “sexy and catchy,” and branded Joey a “Broadway-pop crossover extraordinaire.” In 2016, Joey wrote the music and lyrics for the Disney Junior animated short, “Kiwi’s First Flight,” featured in the series, “Lights, Camera, Lexi!” In 2019, Joey released his third album, Joyride, which once again landed in the iTunes Pop Charts sparking an artist profile in Huffington Post. His standalone singles, Break from the Line (featuring Natalie Weiss & Taylor Louderman), Wild (featuring Antonio Cipriano) and a new acoustic arrangement of Love Me, Love Me Not (featuring Natalie Weiss & Ben Fankhauser) collectively hit over 1 million streams in 2019 alone. In 2020, he released the singles Safer (with husband and frequent collaborator Brian Russell Carey), Even If It Might Hurt Me (with Carl Culley) and a new arrangement of his 2014 song, Another New York Love Story (featuring Leslie Hiatt).

Hailed as one of Playbill’s “Contemporary Musical Theatre Songwriters You Should Know,” Joey is a 2018 Jonathan Larson Grant Finalist, and his musicals with bookwriter/lyricist, Kate Thomas, include All the Kids are Doing It (Provincetown Playhouse, Tisch, IWU, O’Neill NMTC Finalist), Forget Me Not (NYTB New Works Series, The Dare Tactic, dir. Catie Davis; Tisch New Studio on Broadway, dir. Ilana Becker) and Elements. He is currently developing Heartbreakers in Hell, a new musical with bookwriter/lyricist Benjamin Halstead, which has a planned premiere with The Rubber City Theatre in September 2021. He also has written the music and lyrics for the song-cycle, In Pieces (originally presented at Lincoln Center), which is now available for licensing and live streaming rights.

As a strong supporter of arts education, Joey has served as Artist-in-Residence with Broadway Dreams Foundation and has contributed original music and arrangements to Broadway in South Africa. He also regularly teaches masterclasses with The Growing Studio in New York. Joey is an alumnus from the NYU Graduate Musical Theatre Writing Program (2010 ASCAP Max Dreyfus Scholarship Recipient) and the 2017 Johnny Mercer Songwriters Project.

More Information About Roe Green and the Roe Green Series