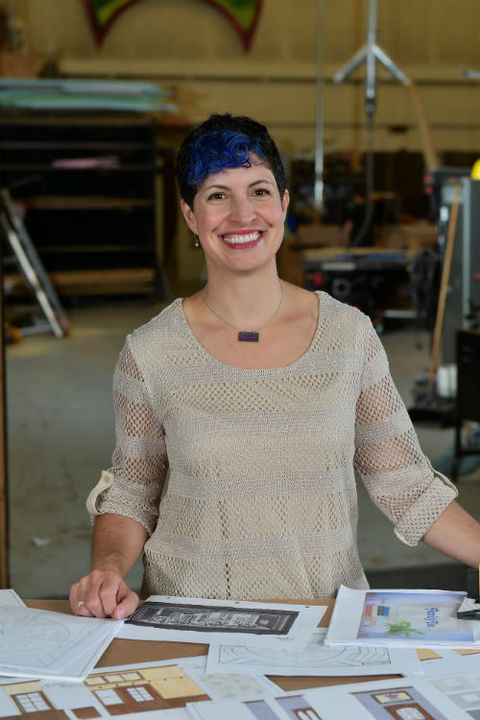 Tammy Honesty joined the School of Theatre and Dance in 2016 after being head of design at Western Illinois University for two years. Prior to joining Kent State University, she was an assistant professor at Saint Mary’s University of Minnesota; a visiting assistant professor of scene design at University of Cincinnati CCM, Denison University and Wilmington College; a full-time faculty associate at Wright State University; and a guest artist and instructor at Miami University, Xavier University and Sinclair Community College. Teaching courses ranging from Theatre Appreciation, Stage Management, Scenic Design and Stagecraft to graduate level design courses in scenic design, props and collaboration.

She is a native Ohioan with a B.A. degree in theatre from Wilmington College. Tammy earned her Master of Fine Arts in scenic design from West Virginia University, graduating Phi Kappa Phi. She designs regionally and nationally. Her scenic design for "Picnic" for the University of Cincinnati's College-Conservatory of Music won a Cincinnati Acclaim Award as well as an USITT Ohio Valley Section Peggy Ezekiel Award of Outstanding Achievement, USITT OVS Board's Choice Award, and was showcased in the World Stage Design 2013 and USITT-USA Prague Quadrennial 2019 online gallery. Her designs have been on stages from New York City (Off-Off-Broadway) to the Human Race Theatre Company in Dayton to the University of Illinois and Western Illinois University. She enjoys designing theatre for young audiences and has designed 10 productions for the Cincinnati Playhouse in the Park's Educational Touring Company. Other projects include the scenic design for "42nd Street" for Wright State University, "Crowns" for the Human Race Theatre, and "La Cenerentola" for University of Cincinnati CCM, and the Midwest premiere productions of "Managing Maxine," "Lombardi" and "Becky's New Car" for the Human Race Theatre Company.

In addition to designing scenery, Tammy has been a scenic artist for River City Scenic and 3DX Scenic Studios where she was also a project manager. Examples of her painting talents have been cruising the world on Royal Caribbean Cruise Lines, Princess Cruises and Norwegian Cruise Lines, and on display at various corporate theatre events including the Longaberger conventions.

Tammy is an active member of United States Institute for Theatre Technology (USITT). She has been a conference presenter at both the regional and national level. Since 2001, she has been actively involved with the Ohio Valley Section, first as an active member, then as a board member at large for three years, then as a two-term vice chair of programming. As a regional programming co-coordinator for the 2009 National Conference & Stage Expo in Cincinnati, she developed a passion for serving the organization at the national level. Since the 2009 conference, she has served on the conference committee in several capacities including trouble-shooter, conference office co-coordinator and assistant programming coordinator. Recently, she completed her fourth year as programming coordinator for the annual conference that has over 350 sessions, receptions and meetings. Currently, she is the vice president of education and training for USITT. Being involved in the various facets of USITT has helped her become a better educator, designer and professional.