Evening to include Grammy-nominated, Tony-winning performers and significant modernist artist

Kent State University’s School of Art, School of Theatre and Dance and the Hugh A. Glauser School of Music all have one thing in common: professional summer programs that stemmed from a partnership in 1968 with the Cleveland Musical Arts Association, the parent company of the Cleveland Orchestra and Blossom Music Center. In celebration of this momentous occasion, the Blossoming Gala will take place on Saturday, Sept. 22, in the Kent Student Center Ballroom. Hosted by Kent State’s College of the Arts, the Blossoming Gala will commemorate 50 years of Porthouse Theatre, Kent Blossom Music Festival and the Kent Blossom Art Intensives. The evening will feature a notable alum from each of the Kent/Blossom programs in a unique, one-of-kind program, offering guests the rare opportunity to experience three highly recognized artists and alumni who will perform and interact with the audience. 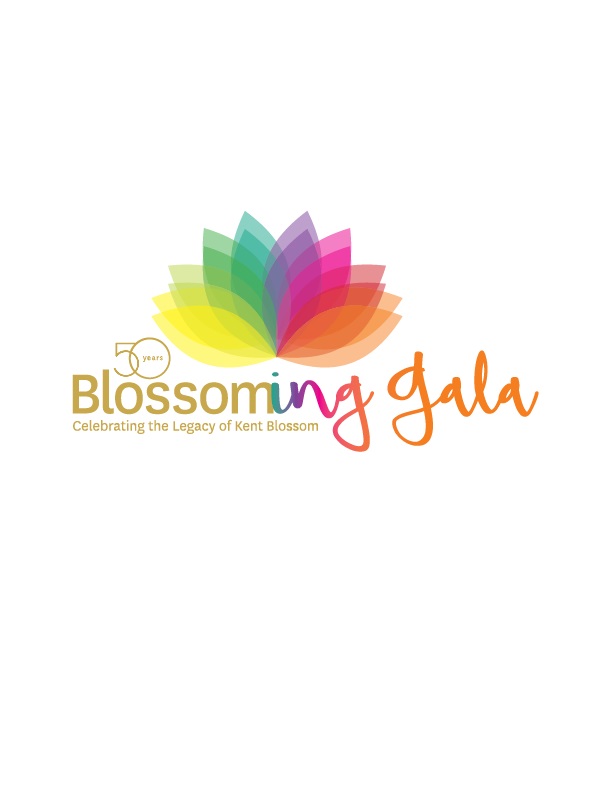 Broadway performer and Tony Award-winning actress, singer and songwriter Alice Ripley, who was seen in the ’80s on the Porthouse Theatre stage, will perform a set of Broadway tunes from Broadway shows for which she was an original member. These include “Sunset Boulevard,” “Side Show” (for which she was Tony nominated for her role and performed at the Tony Awards), “The Who’s Tommy” and “The Dead.” Ms. Ripley also appeared in the original cast of “Les Misérables” at the Imperial Theatre as Fantine. It was her work as Diana in the Pulitzer Prize-winning rock opera “Next to Normal,” for which she earned her Tony Award. Ms. Ripley is a graduate of Kent State’s School of Theatre and Dance.

The evening’s entertainment will also include distinguished clarinetist David Shifrin, who was a student at the Kent Blossom Music Festival in 1970. Mr. Shifrin will perform Debussy and Bernstein with Steinway Artist Donna Lee, D.M.A., professor and coordinator of piano division at Kent State. Mr. Shifrin will also perform the Weber Quintet with the School of Music’s Efferus String Quartet. Mr. Shifrin is an in demand orchestral soloist, recitalist and chamber music collaborator. He has served as principal clarinetist with the Cleveland Orchestra, American Symphony Orchestra (under Stokowski), the Honolulu and Dallas symphonies, the Los Angeles Chamber Orchestra and New York Chamber Symphony. Plus, he has appeared with the Philadelphia and Minnesota orchestras and the Dallas, Seattle, Houston, Milwaukee, Detroit and Phoenix symphonies.

Finally, Philip Pearlstein, the influential American painter best known for Modernist Realism nudes who has been cited by critics as the preeminent figure painter of the 1960s to 2000s in realist art, will be the third guest artist of the evening. Mr. Pearlstein’s work is in more than 70 museum’s collections in the United States, including the Art Institute of Chicago, the Cleveland Museum of Art, the Corcoran Gallery of Art, Hirshhorn Museum and Sculpture Garden, Kemper Museum of Contemporary Art, Metropolitan Museum of Art, the Museum of Modern Art and Whitney Museum of American Art, among others. Mr. Pearlstein will be in attendance to meet and greet with guests while several of his works will be on display. Mr. Pearlstein will ruminate about his time teaching at Kent Blossom Art in 1969 and his work and career over the decades.

Tickets start at $125 for singles and $250 for couples. Sponsorship levels at $500 Silver Couple, $2,500 Gold Star sponsor table and a $5,000 Platinum Sponsor will garner guests handcrafted glass-blown gifts (made in the School of Art), photos with guest artists and a private reception prior to the start of the evening’s public festivities. The evening will also include a unique basket and live auction of art-related items, including theatre and orchestra tickets, paintings, glass and ceramics, fashion and much more. A highlight of the live auction item will be a special painting created by Kent resident and impressionist Jance Lentz-Hatch, who recently passed away. Ms. Lentz-Hatch’s works have been seen all over the United States and most recently at Gallery 10 in Kent and the Bonfoey Gallery in Cleveland. Her work is in the permanent collection of the Butler Museum of Art. The painting was specifically created for the Blossoming Gala and was one of her last works. A commemorative poster of the work will be given to all attendees in remembrance of Ms. Lentz-Hatch, who was an alumna of the Kent Blossom Art program as well as an alumna of Kent State’s School of Art, having received both her bachelor’s and master’s degrees in painting.

For more information or to make reservations, go to www.kent.edu/artscollege/blossoming-gala. Space is limited.

In 1968, Kent State University President Robert White and Musical Arts Association President Frank E. Joseph formally announced a partnership between the two organizations to develop educational and cultural facilities on 37 acres of university-owned land adjacent to the newly constructed summer home of the Cleveland Orchestra known today as the Blossom Music Center. Though originally conceived to focus mainly on the School of Music, the partnership quickly expanded to include theatre and art as well, becoming Blossom Festival School programs.

These three programs fall under the guise of “Kent Blossom.” Each of the programs – Kent Blossom Art Intensives, Kent Blossom Music Festival and Kent Blossom Theatre (known today as Porthouse Theatre) were and continue to be highly specialized programs that matched exceedingly sought-after artists specializing in a sector of the arts with the appropriate program.

Kent Blossom Music Festival is the partnership between Kent State’s Hugh A. Glauser School of Music and the Cleveland Orchestra. The program consists of 44 students who are chosen through a highly scrutinizing audition process by the festival’s faculty, which is made of mostly of members of the Cleveland Orchestra, along with Kent State faculty and other professional musicians. College-age students come from all over the world. Students from Europe, Asia, South America and Africa have come to study at Kent State during the five-week period with some of the world’s most prolific musicians. As a matter of fact, the Cleveland Orchestra is made up of many of Kent Blossom Music Festival alumni, which is a true testament of the program.

Porthouse Theatre, originally dubbed as Kent Blossom Theatre, was started by two pioneers who served as theatre professors: Louis O. Erdmann and William H. Zucchero. This dynamic duo were the masterminds who were able to get the program off the ground quickly enough to have a performance in 1969 as the Blossom Center Repertory Company. Once Kent State Trustee Cyril Porthouse and his wife, Roberta, announced they were making a $60,000 challenge to ignite the construction of the theatre on the land adjacent to the newly built Blossom Music Center, funding for the Gerald and Victoria Read Pavilion fell into place and construction began in 1970. While the first official season took place in a tent due to construction delay, the theatre was officially dedicated on July 7, 1971.

Kent Blossom Art Intensive (originally known as Kent Blossom Art) is a program that drew many guest artists who today can be found in most metropolitan museums around the world. Names like painters Richard Anusczkiewicz, Philip Pearlstein and Wayne Morton Thiebaud were the first three faculty members who were invited to serve as guest artists. Those three alone pack a powerful punch. Other familiar names include glass artist Dale Chihuly and painter Alex Katz. These artists would come in and work with students. Critics from New York would be invited in to critique work. It was a complete and utter immersion for five weeks.