He wanted to go to college but, at the age of 18, couldn’t afford it. 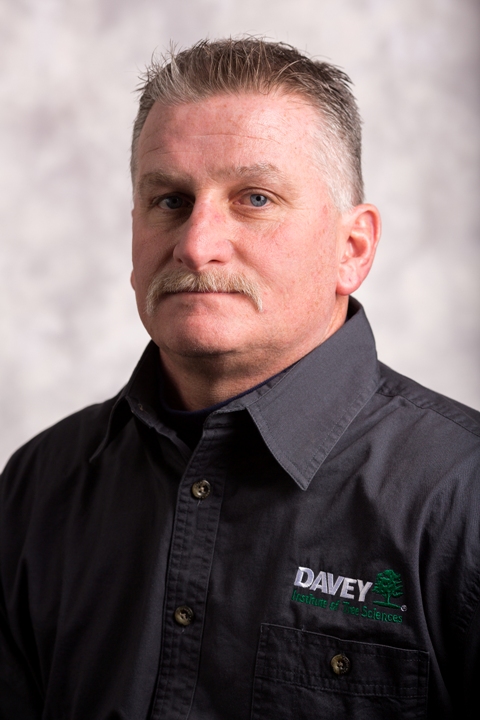 “Back then, I had a weak mind and a strong back, and I was able to outwork everyone I worked with and I said ‘this is for me,’” Edwards recalls. “As I got older, I realized a strong back and a weak mind wasn’t going to get me too far.”

Edwards, now 46, started with The Davey Tree Expert Company in 2009 and eventually rose to foreman. He coordinated utility vegetation management around Dominion North Carolina power lines. Yet he still craved a bigger challenge.

“When I learned about the program with Kent State, I jumped in with both feet,” he says.

Davey partners with Kent State University on a two-year associate’s degree program, of which Edwards was the programs first-ever graduate. Employees at Davey can earn credits applied to the degree by taking extension programs offered within the company.

The collaboration between the institutions was forged in 2010 by then-Kent State Trumbull Dean Wanda Thomas, who called the program “an outstanding example of a partnership between business and the university that addresses the ongoing professional development skills that employees need in the 21st century."

“The Davey side of the degree program is very much focused on arboriculture, horticulture and the disciplines we are associated with professionally,” Laverne says. “The program also qualifies employees for an apprenticeship certification from the U.S. Department of Labor.”

Edwards started taking online courses through Kent State in September 2012 in psychology, sociology, labor relations and other basic college classes at night — all while working full-time as a general foreman. Then he attended the month-long D.I.T.S. training during the day in February 2013 while continuing his online courses at Kent State. The D.I.T.S. courses accounted for almost half the credit hours needed for the Davey Certificate portion of his associate’s degree in environmental management, which he received this past May.

Jim Ritter, director of enrollment management and student services at Kent State Trumbull, says the degree amounts to 61 credit hours that can be applied toward Kent State’s bachelor’s degree program in technical and applied studies.

“I enjoyed the fact that it was 100 percent online,” Edwards says. “It would have been practically impossible for me to work full-time and go to school somewhere physically.”

“It’s one thing to get to know your employees a little bit, but now I can help them to become all that they can be by understanding how to be empathetic and get the most out of their skills.”

Ritter says Kent State benefits from the program because Davey employees who have enrolled are all high-quality students.

“They’ve been very well qualified,” Ritter says. “It’s a great program, and I think everyone wins. Kent State wins by getting good students, and Davey Tree wins by getting a workforce that has a degree.”

Edwards adds that the associate’s degree will help him further advance in the tree management industry, and he plans to eventually pursue the bachelor’s degree in the program.

“I think the biggest thing I got out of it was just knowing that I completed something that I started, and that to me was the largest reward of all,” he says.

Information for this article was provided courtesy of Matt Fredmonsky, The Davey Tree Expert Company