Kent State University at Trumbull senior Stacee Stinedurf was one of 10 women recently honored by the Kent State Women’s Center as part of the 2015 Sage Project.

Per the Women’s Center website, “the Sage Project stems from a mindfulness that as a Women’s Center and as an institution, we should be doing more to highlight the phenomenal female students who are part of Kent State University.

“The Sage Project is a way to recognize female identifying students who have taken their education and experience at Kent State into their own hands; who have found balance in following their path and making their own mark at Kent State.” 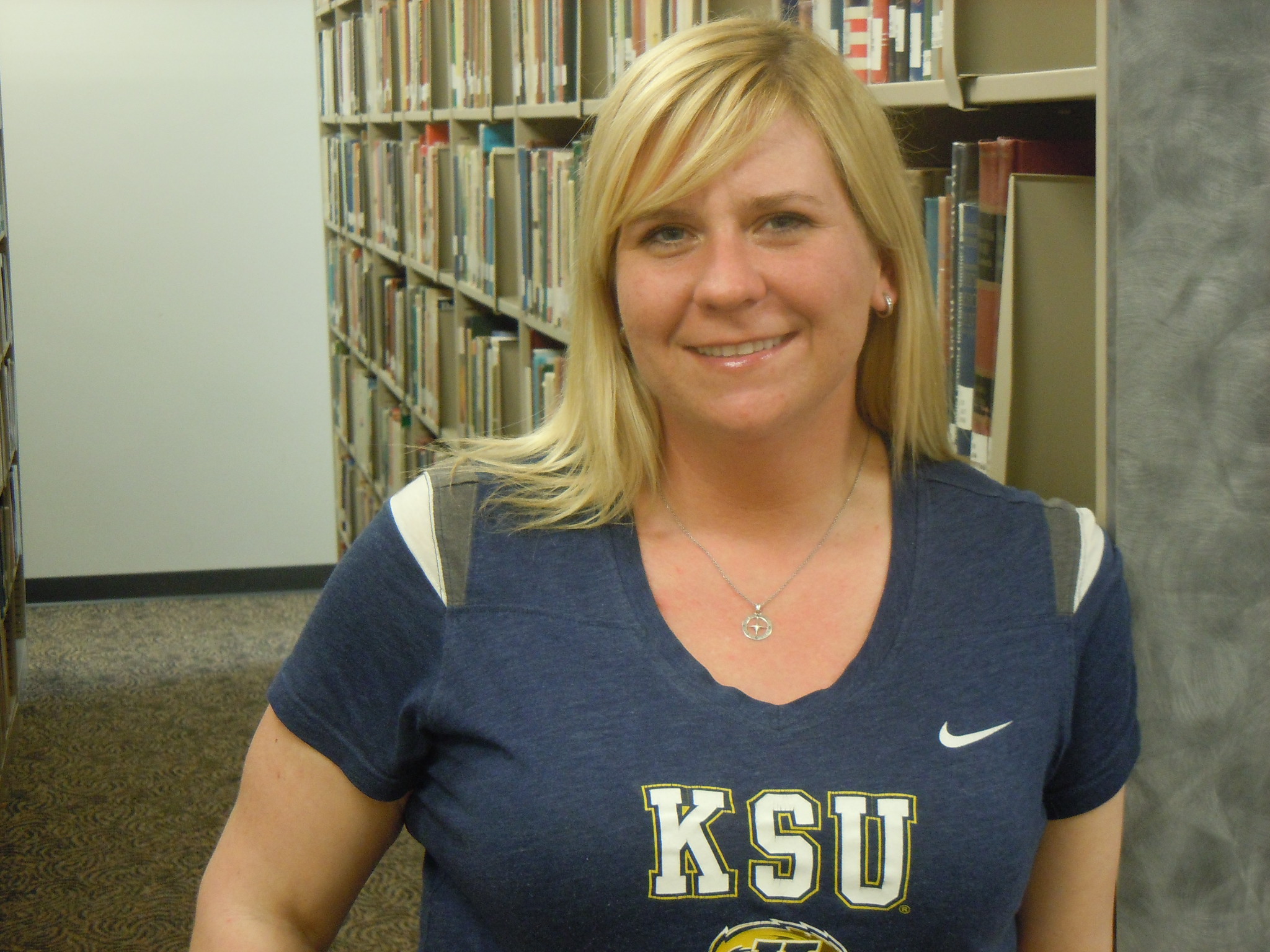 A 1999 Champion High graduate, Stinedurf joined Hacker last summer as part of a five-week geology field camp, with stops in Idaho, South Dakota and Wyoming. She later presented her findings at Kent State’s Undergraduate Research Symposium, as well as the Geological Society of America’s national conference in Vancouver, British Columbia.

A non-traditional student, Stinedurf started her collegiate career at Kent State Trumbull in August 2000. Following her freshman year, she took a nine-year hiatus that saw her marry her high school sweetheart and became a stay-at-home mom to the first two of her three children, before resuming her studies in the fall of 2009.

While pregnant with her third child, Stinedurf developed pneumonia. Ever the dedicated student, she went to the hospital with homework in hand to stay on task, and would schedule her classes around the baby’s nursing schedule, so she could accomplish both feats uninterrupted.

After 11 years of marriage, Stinedurf and her husband divorced in spring 2013. Now a single mom to a trio of children, she forged ahead, determined to finish strong during her senior year, and has done so, as she will graduate with a 3.5 GPA.

Eligibility for the Sage Project includes any female enrolled at Kent State as a full-time students during the nomination period, as well as being in good academic standing (2.5 cumulative GPA or higher).

In Native American culture, sage is used for healing and bringing a person’s life into balance by cleansing the body and mind of negativity. Additionally sage is defined as wisdom, renewal, harmony and growth.  It is in that spirit that the Women’s Center seek to use the Sage Project to highlight students who have found balance growth and/or renewal through their collegiate path and inspire that in others.

For more information on the Sage Project or Kent State’s Women’s Center, visit their website.