Spring 2013 found the fiercely independent, outspoken, and driven artist free from a long-term record deal. Jo Dee became free to make the album she wanted, so the forward-thinking country star took to the crowd-funding website Kickstarter.com to create a new full-length album for her fans, with her fans. The “My time. Our music.” campaign allowed her backers to be involved with every step that goes into creating and recording the album, and opportunities to be rewarded with exclusive content and one-of-a-kind opportunities.

With its title ME chosen by fans, Jo Dee’s newest album – released March 18, 2014 – marks her most personal album to date. Jo Dee wrote, or co-wrote, many of the songs on the album and released ME on her own newly established label, Dreambound Records. For the first time in her career, Jo Dee is able to boldly do things her own way and pave her own path to success. 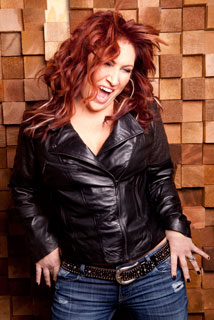